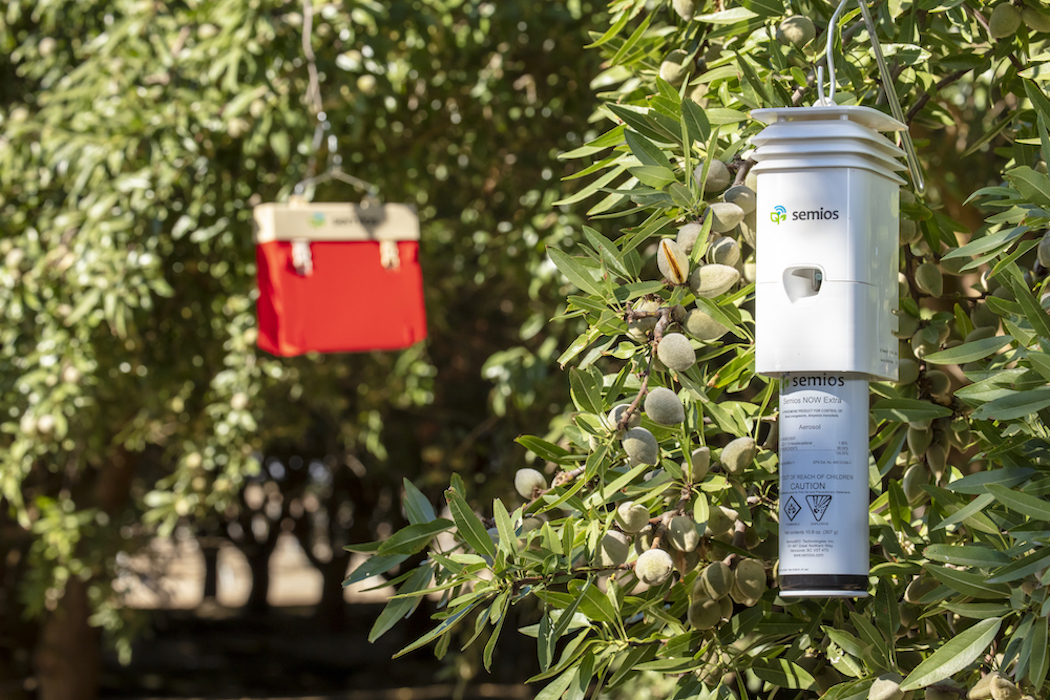 This latest investment is in addition to Semios’ $100 million equity raise last month, which was led by Morningside Group, a Boston-based venture capital firm. The capital from this latest growth financing will be used to support Semios’ growth into new crops and new regions, in addition to supporting some strategic acquisitions.

Semios provides an IoT network of over one million sensors that monitor and predict insect, disease, water, and frost risk, in near real-time. The collected information is fed through proprietary models and then is provided to the grower in a mobile, or web interface.

The data enables growers of high-value crops like apples, almonds, and pistachios to make management decisions that reduce their agricultural inputs and increase the quality and yield of their crops.

“Semios is bringing advanced software and hardware to precision crop management with a vision to making the global food supply chain more efficient and safer to the increasing global population that relies on it,” said Joe Timlin, managing director of CIBC Innovation Banking Vancouver. “We are pleased and proud to play a role in helping Semios achieve its important goals.”

CIBC said the funding is part of its commitment to support $150 billion in environmental and sustainable financing activities by 2027.

Over the last three years, Semios has appeared on the Global Cleantech 100, a list of the most innovative cleantech companies around the world, along with fellow British Columbia-based cleantech startups Terramera, Carbon Engineering, and General Fusion, all of whom have raised significant funding rounds in the last year.

Cleantech is one of BC’s hottest tech verticals at the moment. KPMG’s BC Cleantech 2019 Status Report found revenue in the sector jumped to $2.4 billion in 2019, up from $1.8 billion in 2016. According to the BC government, the province is home to more than a quarter of all Canadian cleantech companies.

Although the recent provincial budget included no new funding towards tech and innovation, the budget did commit an additional $400 million to its CleanBC plan, an initiative aimed at finding solutions to climate change.

RBC and Espresso Capital have announced a partnership meant to target Canadian tech companies seeking debt financing. Under the partnership, Espresso will be RBC’s…