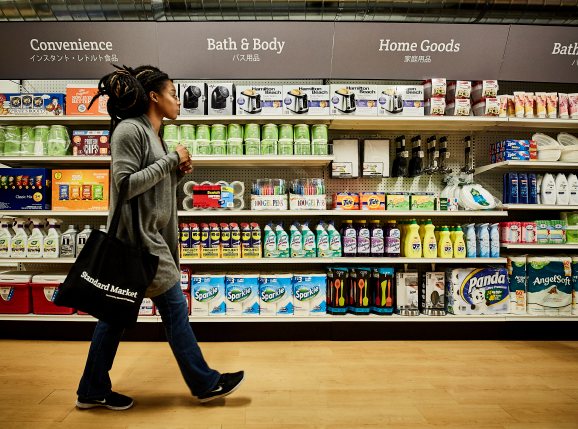 In a joint statement, mayors that participated in the Toronto Region bid with Toronto Global expressed excitement at the fact that the city was shortlisted.

As we were reminded during the 2017 holiday shopping season, a great deal of shopping research is coming from mobile: 65% of Canadian holiday shoppers who visited a store turned to online search before going in-store.

The Canadian governmen is investing $24 million in the company through the $1.26 billion Strategic Innovation Fund.

Dia&Co, which raised $40 million from Union Square Venture, works with retailers and brands to help them expand into plus sizes.

Alibaba and Amazon move over, we visited JD’s connected grocery store in China

Offline is the new online for China’s e-commerce giants.

Why Uber and Lyft are both rolling out loyalty programs

A good loyalty program would give a rider reason to stick to a preferred service, even if another periodically offered a better deal. Ahead of an IPO, that’s just what both Uber and Lyft need.

The funding was led by Initialized Capital, with participation from CRV and Y Combinator.

Patrick Pichette, former CFO at Google, is one of Lightspeed’s new board members, as the company “makes ambitious plans for the future.”

Mercaux provides software for retailers to tap into digital capabilities in their physical retail stores — offering a modular platform that’s intended to support digital transformations at a pace of the retailer’s choosing.

The seed funding will be used to accelerate growth in the US and European markets.

Mailchimp teams up with Square to launch shoppable landing pages

The shoppable landing pages are meant to give businesses a new sales channel to sell things like limited-edition goods or run-targeted promotions.