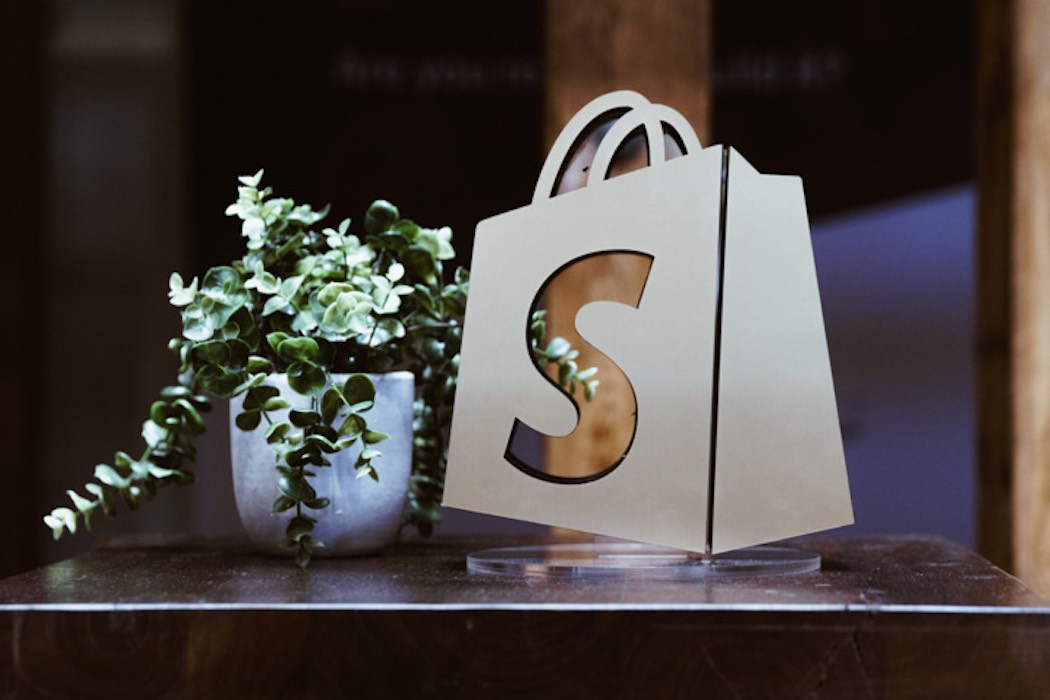 As impressive as the company’s numbers were, it posted an operating loss for the third quarter of 2021 of $4.1 million.

“The strength of Shopify’s flywheel was on display within the more normalized spending environment we saw this past quarter, as more merchants used more of our platform to start and grow their businesses,” said Amy Shapero, Shopify’s CFO.

“Our results show that Shopify is executing well, giving our merchants the tools they need to compete in differentiated ways in a growing number of markets,” said Shapero. “We remain focused on simplifying commerce for our merchants so they can take full advantage of what digital makes possible and reimagine retail.”

That may be so, but a chart the company shared showed Amazon dominating online with 39 percent of the market compared to Shopify’s share of 8.6 percent. Nonetheless, the Canadian company had more market share than Walmart at 5.8 percent, and eBay at 4.9 percent, for example.

During the earnings call, Shapero noted that the company experienced a slight dip in mid-summer as vaccinations increased in the United States, and people returned to shopping in brick-and-mortar stores; however, she said that was offset in August with an increase in online retail as workplaces reopened, and students prepared for in-class learning in schools.

Some of the third quarter highlights included the initial rollout of Shopify Balance, a money management product, to merchants in the United States. Shopify Balance offers merchants a no-fee money management account with fast access to their cash, a card for spending online, on mobile, or in-store, and rewards featuring cash back, perks, and discounts on everyday spending.

Shopify also introduced TikTok Shopping to merchants, enabling merchants with a TikTok For Business account to add products that link directly to their online store checkout.

The company opened a brick-and-mortar space in New York City featuring Shopify’s products, services, and technology, and serving as a hub where merchants can receive hands-on support, inspiration, and education to help grow their business.

Shopify Capital has grown to approximately $2.7 billion in cumulative capital-funded since its launch in April 2016, approximately $524 million of which was outstanding on September 30, 2021.

The company said its outlook for the remainder of 2021 is consistent with our assumptions in February. The economy remains resilient, consumer spending on services and off-line retail is expanding, and e-commerce, after easing from its peak share as a percent of total retail, is growing at a more normalized pace relative to 2020.

In view of these factors, Shopify continues to expect to grow revenue rapidly in 2021, but at a lower rate than in 2020.

The company forecast that the fourth quarter will contribute the largest share of full-year revenue, and that the revenue spread will be more evenly distributed across the four quarters than it has been historically.

“While the commerce market, both online and offline, may be impacted by supply chain delays or increased costs for materials, labour, shipping or advertising in the fourth quarter, and spending on Black Friday Cyber Monday may be pulled forward, we expect our GMV in the fourth quarter to continue to grow substantially faster than the commerce market,” the company said.

Shopify anticipates rapid growth in gross profit dollars in 2021 and plans to continue reinvesting back into its business as aggressively as it can, with the year-over-year growth in operating expenses accelerating slightly in its fourth quarter.

In the second quarter of 2021, Shopify ranked second this year on the 2021 TSX30, the Toronto Stock Exchange’s program showcasing the 30 top-performing stocks over a three-year period.

Shopify showed growth of 846 percent over the three-year period. The TSX30 announcement came hard on the heels of the news that the Canadian e-commerce giant had partnered with another unicorn, Israeli digital marketing firm Yotpo, in a $30 million deal.

Shopify is said to have reached 1.16 billion average monthly unique visitors during the three months ending in June, compared to 1.10 billion for Amazon. Business Insider reported that the gap is expected to increase in the current quarter with Shopify-powered sites anticipated to draw 1.22 billion visitors versus 1.13 billion for Amazon.

With the boom in e-commerce that has turned into 1.75 million customers, Shopify has been increasing its reach in many verticals, notably working with a number of social media companies to launch new features for its merchants, along the way becoming one of Canada’s most valuable companies.

As of October, Shopify’s net worth is valued at $182.37 billion. Nor is the Canadian giant’s growth expected to stop there.

Scott Galloway, a professor at New York University’s Stem School of Business, predicted that Shopify will make some “pretty serious” deals in the next six to 12 months, predicting the company might purchase Snap. The latter is the parent company of the messaging app Snapchat.

Certainly, the prediction doesn’t seem far-fetched given that Shopify recently swung a deal with the streaming service Spotify to mix music with entrepreneurship. As of late October, artists on Spotify can now connect their Shopify store to show off their merch and music right on their Spotify profile.

Even as Shopify expands outwards with new partnerships, it’s also moved to internally strengthen its own ecosystem. It made moves to refine its platform and ecosystem in mid-September with the announcement of a cross-border solution called Shopify Markets.

“We are now global by default,” Shopify president Harley Finkelstein told CNN in an interview. The solution is meant to help merchants identify, set up, launch, and optimize international markets—all from a single Shopify store.

While the company bulks up, Shopify’s executive ranks continue to shift with the latest announcement in October that Allan Leinwand, former senior leader at Slack, is joining Shopify as its chief technology officer.