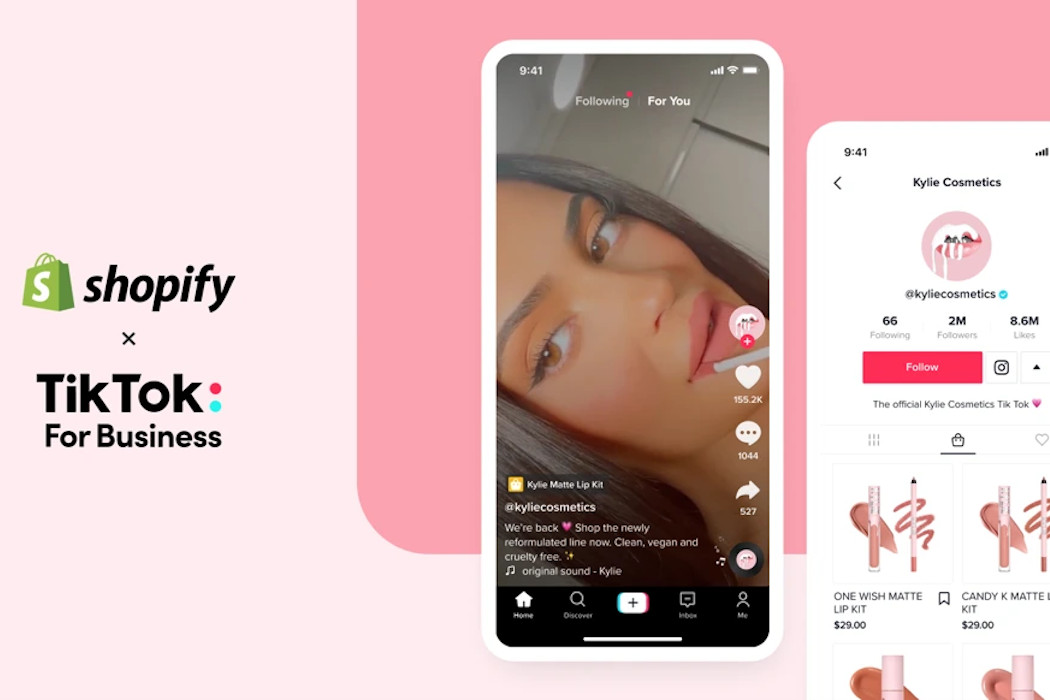 TikTok and Shopify have announced plans to expand their partnership, allowing consumers to browse and discover products from Shopify merchants directly through TikTok’s app.

Through TikTok Shopping, Shopify claims it is the first commerce platform to bring organic product discovery and shopping tabs to TikTok. Shopify first began partnering with TikTok last fall, allowing United States (US)-based Shopify merchants to advertise and sell products on TikTok’s video-sharing platform directly through Shopify. In February, Shopify announced the expansion of the partnership to merchants in Canada, Europe, and the Asia-Pacific region.

Shopify claims it is the first commerce platform to bring organic product discovery and shopping tabs to TikTok.

Shopify merchants with a TikTok For Business account will be able to add a shopping tab to their TikTok profiles and sync their product catalogues, allowing them to create a mini-storefront that links directly to their online stores. The partnership will also see TikTok bring product links to Shopify merchants, which can then be used to tag products in organic TikTok posts.

“Creators are paving the way for a new kind of entrepreneurship where content, community, and commerce are key,” said Harley Finkelstein, Shopify’s president. “By enabling new in-app shopping experiences and product discovery on TikTok for the first time, Shopify is powering the creator economy on one of the fastest-growing social and entertainment platforms in the world.”

The TikTok Shopping pilot is currently available to US and United Kingdom-based Shopify merchants. According to Shopify, a select group of Canadian merchants will participate in the pilot in the coming weeks. The company plans to roll out the feature to additional regions in the coming months, but noted that Shopify merchants can request early access to the pilot via Shopify’s TikTok channel.

“We’re thrilled to be expanding our partnership with Shopify and making TikTok more accessible than ever for their merchants,” said Blake Chandlee, president of global business solutions at TikTok.

TikTok called TikTok Shopping “just the beginning,” adding that the company plans to continue to experiment with new commerce opportunities.

PayPal Canada, in partnership with Canada Post, has launched PayPal and Canada Post Solutions for Small Business, an integrated payment and shipping solution for…