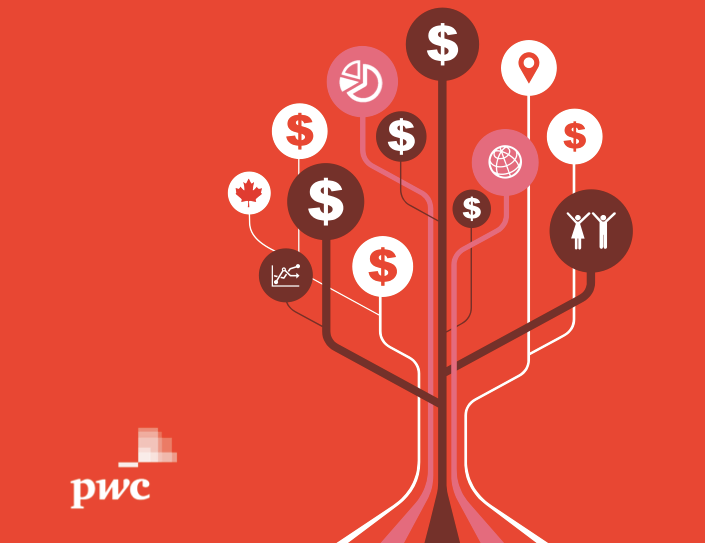 According to CB Insights and PwC Canada’s latest MoneyTree report, the first half of 2019 might not have matched a record-setting 2018, but deals and investment dollars still notably increased from the same period in 2017.

This year’s funding for H1 sits at $2.18 billion CAD, a 13 percent decrease from the same period last year.

Previous MoneyTree reports on VC activity in Canada tracked financial results on a quarterly basis. Managing director of deals and tech sector leader at PwC Canada, Cameron Burke, told BetaKit that an H1 report offers more room to pick up on thematic trends from a higher level of analysis.

“When combining the natural ebbs and flows of the Canadian venture market, with a tempered decline in deal count and funding, Canadian innovation continues to represent a solid investment to the venture community,” said Sabrina Fitzgerald, national technology sector leader and capital region managing partner at PwC Canada.

The report also noted a new VC firm to its list of most active investors of the first half of this year; SOSV, based out of Princeton, New Jersey, was the only US firm listed as one of the most active investors in Canadian startups. SOSV invested in 10 Canadian companies in H1 2019, including Axem Neurotechnology, Shape Measure, and Spindle Biotech.

“Seed-stage deals account for a much larger share of overall deal flow in H1’19, indicating a new wave of seed-stage startups,” said Fitzgerald. “We’ve also seen average deal size increase across all stages, showing that Canadian companies are keeping pace with the global trend of increased funding across the spectrum.”

In light of AI’s emerging reputation on the global stage, a funding downturn for what’s been called one of Canada’s top emerging tech sectors may appear disconcerting. But Burke said this is likely a short-lived lag commonly experienced by a rapidly emerging sector, wherein large amounts of capital are deployed, followed by a brief interval as the ecosystem catches up.

“Consistent with other thematic trends we’ve seen like in FinTech, you see larger rounds, followed by a drop in funding activity in subsequent quarters,” Burke told BetaKit. “Sixty percent is definitely noticeable, but I think it’s more indicative that investors are waiting to see how those investments scale before deciding to follow up.”

In spite of what the numbers might show, the healthtech scene has seen a groundswell of activity in 2019, as digital health boomed in Q2, with a particular focus on the virtual care scene.

“If corporate investors, who are typically more risk-conscious, and traditional VCs are deploying capital in them, that’s a positive trend and we’re likely to see increased funding going forward,” Burke told BetaKit. “My concern with this space … is the procurement model.”

The system of procurement in Canada has created an omnipresent issue for digital health innovation. For Canadian companies developing technologies for the healthcare field, determining how to scale and survive long enough with proof of concepts and years-long sales cycles can be a real challenge, Burke said. In an effort to tackle the complicated procurement process, the federal government recently invested in a network that will connect healthtech startups with work with potential buyers.

For this year’s report, PwC and CB Insights added two new verticals in its reporting. MoneyTree found a spike in funding for the Canadian cybersecurity space in H1 2019, driven by a few large funding rounds. Q1 2019 saw $173 million CAD ($132 million USD) from five deals, which stands in stark contrast to the $2.6 million CAD ($2 million USD) over four deals in Q2 2019, and even more so to Q1 2018’s total funding, which only tracked $1.3 million CAD ($1 million USD).

The number of deals was notably on the rise from nine transactions completed in H1’19 compared to five for the same period last year. Although investment is rising, it remains relatively low compared to other sectors, Burke said.

“Companies are incredibly exposed, so it’s encouraging to see cyber[security] spending up, but it’s still surprising to me how modest it is in terms of volume,” Burke said. “This will continue to rise, there’s no question, certainly as traditional non-tech sector industries are creating their own innovation frameworks and adopting data strategies more aggressively.”

“The funding trend we see here is reflective of the trend in public markets. Deals and dollars trended upward and hit a peak when legalization took place in Q4 2018,” the report reads. “Post legalization, investors are more cautious as they start to gain a better sense of valuations and industry dynamics.”

Cities with highest amount of deals in H’1 2019 (Click to expand). Source: MoneyTree

On the other side of the country, Vancouver saw a 44 percent increase in its investment in H1 2019 compared to H1 2018, fuelled by a very strong second quarter. While the dollar amount invested Q1 2019 was down four percent year-over-year, the second quarter of 2019 saw a mammoth increase of 95 percent in dollars invested from the same quarter in 2018.

The big raises from the West Coast city included PDFTron Systems raising $71 million CAD, and a $90 million CAD investment into Carbon Engineering. Despite a sequential jump in deal activity in the last quarter, deal activity was down 34 percent in the first six months of this year compared to the same period in 2018. Vancouver also fell nine points in this year’s ecosystem rankings from Startup Genome, with sources in Vancouver reporting to BetaKit an “access to capital problem” in the city.

“I feel like there’s a real undercurrent of concern [regarding access to capital], and that is a trepidation that is palpable to me, certainly in Vancouver,” Burke told BetaKit.

“It is an indication of how strong nationally we are as a country when it comes to innovation, that we’re not only in one central hub or one market, but that we’re spread out across the country,” Fitzgerald told BetaKit.

Just days after updating the country on the status of its digital transformation strategy, Scotiabank has revealed a partnership with the Toronto-based AI startup…