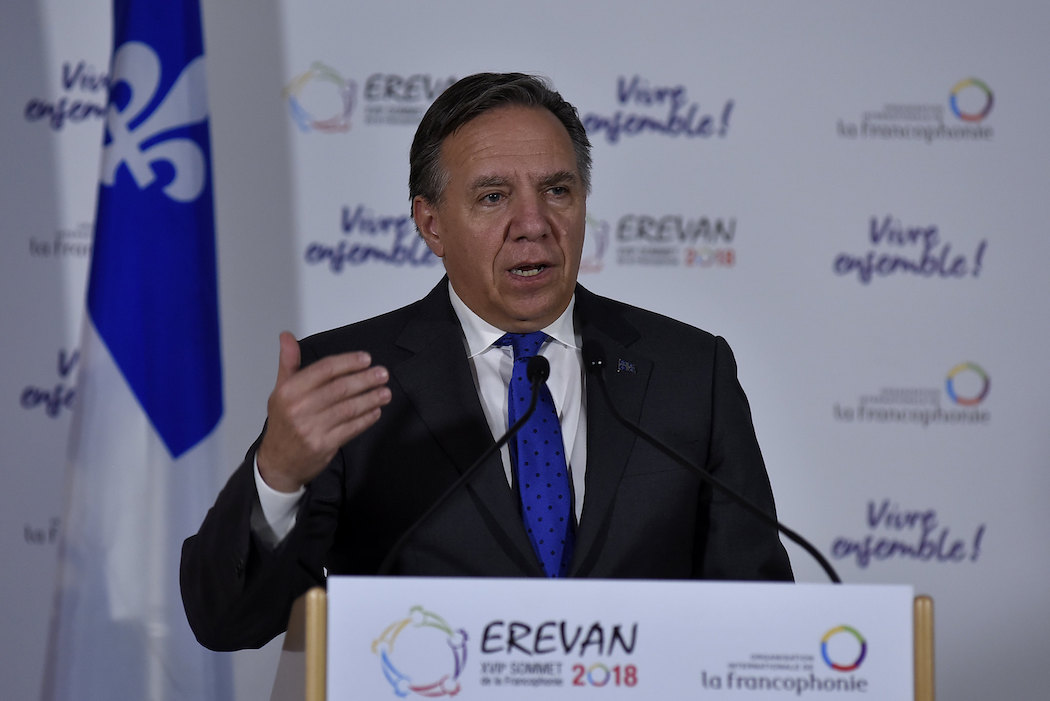 The Government of Québec has tabled its fiscal budget for 2021, which puts a heavy emphasis on recovery from the COVID-19 pandemic, including spending for turning around its economy.

“For scaling technology companies, the ability to recruit highly-skilled talent is the most important factor for success.”

The budget includes $4 billion over the next five years, specifically noting $2.8 billion to accelerate the transition to a “new economy.” The provincial government’s spending includes funding for small-and-medium-sized businesses, accelerators, and innovation initiatives to support economic recovery, as well as in developing a “green” economy.

Of the $4 billion proposed to go towards new economic initiatives, the new budget plans to allocate $2.2 billion to increase productivity and spur business investment and $218 million to create wealth through innovation.

Until 2025-26, an additional $193 million is intended for supporting businesses affected by the pandemic, $404 million to support the requalification of workers and their integration into the labour market, $523 million to support regional economic development, and $137 million to build Québec’s economy “in a sustainable way.”

Québec Finance Minister Eric Girard said in a tweet that the province will only return to a balanced budget once the pandemic is over, full employment is regained, and economic growth is restored.

Québec expects $5.2 billion in new spending for this year, and total expenditures were forecasted to reach $131.8 billion, including program spending, pandemic measures, and provisions for economic risk.

The $4 billion over the next five years is broken down into a number of investments, with a strong emphasis on the innovation and tech sector as a part of creating that “new economy.”

“The fastest-growing technology companies in Quebec were pleased to see the provincial government’s budget prioritizes innovation as an important ingredient for success in the post-pandemic economic recovery,” said Pierre-Philippe Lortie, CCI’s director of government and public affairs for Quebec.

Before the pandemic, the budget noted labour market estimates indicated the province was short 6,500 jobs per year in the IT sector. The province is therefore earmarking a significant amount of capital towards increasing the number of workers in the IT sector, as well as upscaling immigrant workers.

The budget is providing close to $753 million over five years to encourage businesses to adopt new technologies.

“For scaling technology companies, the ability to recruit highly-skilled talent is the most important factor for success. Quebec’s ‘scale-up’ companies are expecting to increase their workforces by 25 percent this year, which is why innovators called for a provincial talent strategy that increases the pool of skilled workers in Quebec,” said Lortie.

“We are pleased to see the government addressing the serious talent crunch high-growth companies in Quebec are facing with measures that focus on upskilling and retraining workers for the modern digital economy,” Lortie added.

To support businesses that have been affected by the pandemic, the government is allocating $192 million over the next two years to maintain the Concerted Temporary Action Program for Businesses (PACTE) and the Emergency Assistance Program for Small and Medium-Sized Businesses (PAUPME).

The budget is providing close to $753 million over five years to encourage businesses to adopt new technologies. This includes investments to accelerate the acquisition of new technologies by businesses and reduce the corporate tax rate on small to medium-sized businesses from four percent to 3.2 percent.

Roughly $113 million will be allocated toward research infrastructure and centres and a total of $29 million is being earmarked to support the completion of innovative projects. This includes setting up the Conseil de l’innovation (first announced in December 2020) to support Québec’s chief innovation officer. This money will also go toward continuing to create innovation zones within the province, supporting Québec’s accelerators and incubators, and simplifying the province’s university research and development tax credit.

The Québec government is proposing to double the C3i investment and innovation tax credit. This credit can be claimed by corporations in all sectors for their acquisitions of specified property, including manufacturing and processing equipment, computer hardware or certain management software packages. The budget proposal would mean this credit will reach up to 40 percent of investments in regions of the province with low vitality.

Other notable investments include the allocation of $112.5 million over the next five years to accelerate the digitization of the province’s healthcare system.

The funding earmarked for accelerators and incubators totals $6 million and is aimed to help provide specialized services to tech companies, increase assistance to efficient incubators and accelerators, and help them build links with similar organizations around the world.

To support women-led and women-owned businesses, Femmessor, which helps create and acquires these kinds of businesses, is receiving a $23.4 million investment to help expand the organization’s services and clientele.

This is the third budget tabled by Girard since he assumed the role. Last year’s fiscal budget had more than $1 billion over six years to spur business investment, innovation, commercialization, and accelerate business and export growth. It also focused on “green investments,” committing $6.7 billion to the green economy, including cleantech.

The 2020 budget was delivered days before the COVID-19 pandemic hit the province. Québec was one of the provinces hit hardest by the pandemic, with the highest number of cases and deaths of COVID-19 in Canada in 2020. Ontario overtook Québec in these metrics this year.

This budget focused on how the province plans to dig itself out of a record-setting deficit. In November, Girard revealed Québec’s pandemic-related spending had pushed the province’s deficit to $15 billion for the 2020 fiscal year and a six percent growth in GDP.

In Québec’s largest tech hub, Montreal, tech venture funding continued even during the province-wide lockdown. In the second quarter of 2020, venture funding reached $566 million, according to Hockeystick. This represented a new record for the city.

The province’s tech ecosystem also saw a number of significant exits, raises, and acquisitions in 2020. In November, it was revealed that Québec tech darling Element AI was being acquired by ServiceNow. The transaction was priced at $230 million USD.

The news caused some stir in the Canadian tech community, particularly after Element AI had faced years of popularity but also difficulty with commercialization. Soon after the deal was announced, a funding agreement between the Government of Canada and Element AI that had been made earlier in 2020 was terminated.

Other notable exits were that of Nuvei, which closed its initial public offering (IPO) at $833 million USD in the fall, making it the largest technology IPO by both equity capital raised and market capitalization in TSX history. Around the same time as Nuvei’s exit, Lightspeed closed its own IPO in the United States at $397.7 million USD as part of the retail startup’s entrance on the New York Stock Exchange.

With files from Meagan Simspon.