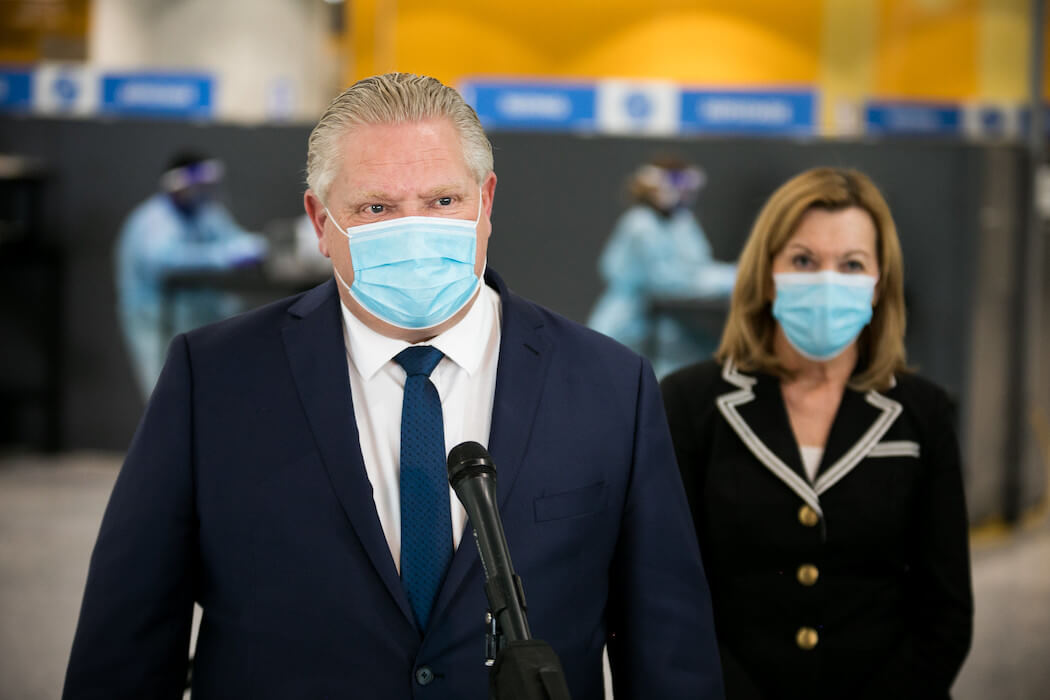 The Government of Ontario has released its fiscal budget for 2021, committing an increased amount of capital to the ministry of economic development, job creation and trade, which oversees tech and innovation in the province.

As part of this latest budget, the Ontario government has committed $400 million over four years to create the Invest Ontario Fund.

Comparatively, the ministry of economic development, job creation and trade was allotted $719.2 million in Budget 2020. This was a decline from the $782 million budgeted for the ministry in 2019. Notably, however, it is an increase from the $582 million that was actually spent in the 2019-2020 fiscal year.

The provincial budget also includes additional spending for the business sector with a focus on utilizing technology for economic recovery from the pandemic.

In 2020, Ontario announced the creation of a new investment attraction agency, Invest Ontario. The government announced last week the first members of the agency’s board of directors. Invest Ontario is set to initially focus on three sectors: technology, advanced manufacturing, and life sciences.

As part of this latest budget, Ontario has committed $400 million over four years to create the Invest Ontario Fund. The fund will both support the agency and encourage investments in “the key sectors of advanced manufacturing, technology and life sciences.” The agency is set to provide investor services to support investment opportunities, including available financial assistance, talent support, advisory supports and concierge services.

The budget is also renewing the Ontario Small Business Support Grant. Approximately 120,000 small businesses will be able to receive an additional $1.7 billion in relief through this second round of support in the form of grants between $10,000 and $20,000. This brings the total amount of relief being delivered through the grant to $3.4 billion.

The 2021 budget is the second Premier Doug Ford’s administration has released amid the COVID-19 pandemic, after last year’s budget was postponed to November and replaced with a fiscal update.

This also represents the first budget for Minister of Finance and President of the Treasury Board Peter Bethlenfalvy, who took over the ministerial role from Rod Phillips in December.

While Ford’s first budget as premier, tabled in 2019, was considered a disappointment by many members of the tech community due to its widespread cuts to innovation organizations and programs, last year’s budget included some notable spending for the business and tech sector.

Ontario’s aim over the past year has been clear, to focus on economic recovery from the pandemic. In June, the province, along with the federal government invested a collective $57 million in Digital Main Street and its ShopHERE program, to support small businesses amid the pandemic.

This year’s budget is committing an additional $10 million to the Digital Main Street program. According to the government, the program has provided digital expansion support to close to 20,000 main street businesses.

The budget also included an additional $50 million for the Ontario Together Fund, which was allocated $50 million last spring to help manufacturers retool their operations to produce personal protective equipment (PPE), critical supplies and equipment, and develop technology‐driven solutions and services for business to reopen safely.

When it comes to COVID-19 and tech, Ontario is also committing $40 million in new capital, over two years, to improve remote learning technology. The investment is meant to help improve connectivity within school buildings and provide resources for educators.

Last year’s budget also included $3.75 million over two years to support work by the Ontario Centres of Excellence (now Ontario Centre of Innovation) and the Toronto Business Development Centre to attract more international startups to Ontario. The organizations are tasked with initially focusing on attracting emerging companies in India to expand their operations to Ontario. Budget 2021 made no mention of additional funding for the two organizations.

“Now is the moment when Ontario needs to be proactive about its post-pandemic economy.”

Groups like the Canadian Council of Innovators (CCI) and Technation, a tech industry association called for investments in the tech sector as viable ways to achieve economic recovery from COVID-19. Both organizations have emphasized the importance of investing in the provincial government’s procurement strategy and access to talent.

This year’s budget included spending on training and skills development. It promised $5 million in “initial” capital to develop a new, modern suite of digital services to complement the in‐person services delivered through Employment Ontario. A commitment of $2 million was also made for a virtual skills passport as part of the provincial government’s work to provide Ontario students and workers with a faster pathway to employment – a strategy which saw a promise of $59.5 million over three years in the fall.

Another area that CCI has long lobbied for, IP, also received additional consideration in Budget 2021. Ontario is making a new $1.5 million investment to support the Special Implementation Team on Intellectual Property, which was established as a continuation of the work of the Expert Panel. The government introduced its first Intellectual Property Action Plan in July.

CCI expressed disappointment on the lack of a clear strategy to help companies scale internationally and commercialize IP abroad: “Instead, we saw a renewed focus on attracting large global companies to Ontario’s innovation ecosystem instead of supporting Ontario’s most innovative companies to scale globally,” said Benjamin Bergen, executive director of CCI in a statement to BetaKit.

The 2021 budget is dedicating $117.3 million in targeted employment and training support to assist women, racialized individuals, Indigenous peoples, youth, and people with disabilities facing unemployment during the pandemic. The budget said this new funding is aimed to “help remove barriers and offer training opportunities so they can get the in‐demand skills they need for good jobs, and get connected with employers looking to grow their businesses.”

Among some smaller commitments in the budget were the creation of a Francophone business incubator, which will support new startups and help promote Franco‐Ontarian goods and services across the province.

Bergen also noted a desire to see a comprehensive data strategy, with sector-specific plans to harness data while respecting privacy considerations and more targeted support towards cybersecurity, clean energy, fintech, medical and biosciences, and digital services, which are some of the province’s largest job-creating sectors.

“While we completely agree with Minister Bethlenfalvy when he says that you cannot have a healthy economy without first beating COVID-19, now is the moment when Ontario needs to be proactive about its post-pandemic economy,” Bergen added.

Vancouver-based BroadbandTV (BBTV), a media and technology company that represents YouTube talent through a global multi-platform network (MPN), announced today that it is launching…