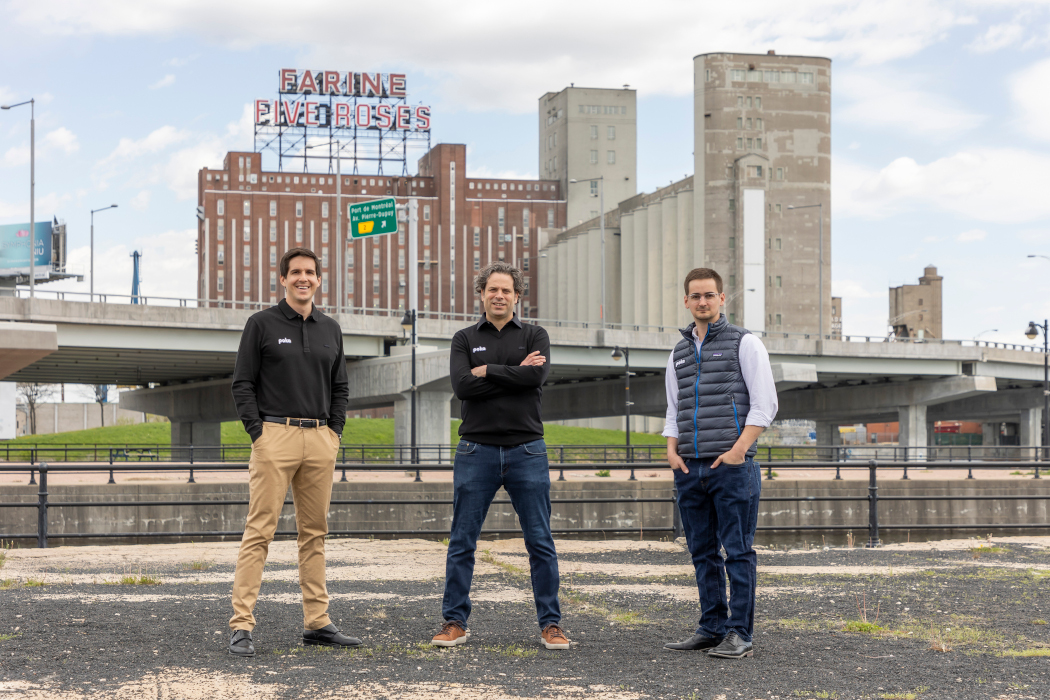 With fresh capital and the backing of key investors familiar with the needs of the industrial space, Poka has set its sights on accelerating its product development efforts and growing its sales team to meet the demand for its software, land new clients, and help factories navigate the manufacturing skills crisis.

Founded in 2014, Poka offers a software platform that aims to give manufacturers “a single hub for operational knowledge and collaboration on the factory floor.” Poka helps new and existing factory employees learn how to execute tasks, solve problems, and share knowledge and expertise through its tablet-based digital platform. The startup’s software allows workers to search through manuals and view user-generated training videos.

Alexandre Leclerc, Poka’s co-founder and CEO, told BetaKit, “training and collaboration in factories has always been a challenge.” Traditionally, factory worker training entails the navigation of paper-based instructions or in-person interaction through “the buddy system,” by which more experienced employees teach newer ones how to address issues or complete goals.

Leclerc, who is a member of the family behind Leclerc Biscuits, said most of Poka’s content is user-generated directly by the people who operate the machines in these factories.

According to Poka, the manufacturing sector presently faces a variety of challenges, including “a worsening skills crisis, increased operational complexity, and workforce volatility caused by the pandemic.” In a 2021 Deloitte study, 77 percent of manufacturers surveyed said they expect to face ongoing difficulties attracting and retaining workers “in 2021 and beyond.”

Amid these conditions, Poka saw demand for its platform grow significantly over the past year, experiencing 115 percent user base growth. The startup raised $6.4 million CAD in funding last June to give itself some runway during COVID-19.

According to Poka, the need to improve workforce performance during this period has driven the adoption of “connected” worker applications such as its own. Poka claims it helps address some of these manufacturing challenges by giving factory workers the capacity “to learn continuously and solve problems more autonomously at the point of need.”

MacDonald added that Poka’s platform “is significantly improving plant productivity at many of the largest manufacturers in the world.”

Poka initially began by serving the food and beverage industry, and later grew into serving factories that provide industrial and construction material. “We’re really focused on automated factories,” said Leclerc. “We’re not a solution that’s made for assembly factories.”

The startup’s clients, which include Nestlé, Danone, Bosch, Kraft, and Johnson & Johnson, are based mainly in North America and Europe. Poka’s platform is currently available in 30 countries and 20 languages.

Poka plans to use its new funding to bolster its product development efforts and ramp up its go-to-market strategy by building out its sales team, as it looks to serve its existing clients better and add some new ones to the mix.

By growing its sales team, Poka has positioned itself to seek out more large customers with its now proven platform. The company has 105 employees currently and aims to add 50 more this year. Poke hopes to grow its team to 200 or 250 by the end of 2022.

The Canadian government has opened applications for its $20 million Women Entrepreneurship Fund. The fund will provide up to $100,000 in non-repayable contribution funding….