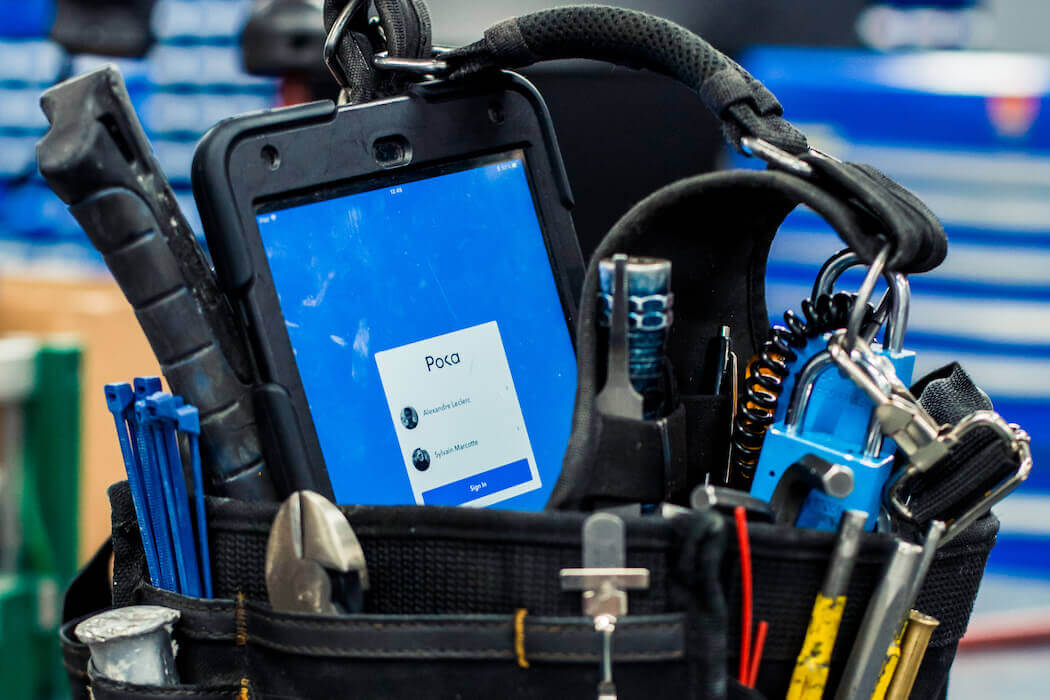 Poka, a Quebec City-based startup that has developed a “connected workforce” app, has closed $6.4 million CAD.

The round was led by SE Ventures, the venture capital arm of Schneider Electric, and included participation from existing investors, which were not disclosed. Previous investors in Poka have included Robert Bosch Venture Capital GmbH, the Leclerc family, and original seed investors Inovia Capital and Uncork Capital.

“The pandemic has exposed…the shortcomings of the traditional approaches…in factories.”

Poka plans to use the funding to “broaden” its global market reach through new distribution strategies. The startup also plans to accelerate product development in order to support Poka’s vision to give manufacturers one single hub for “operational knowledge and collaboration” on the factory floor.

Poka was founded in 2014 by CEO Alex Leclerc and CTO Antoine Bisson. It developed what it calls a connected worker platform, made specifically for manufacturers. The company looks to provide “a hub” for operational knowledge in factories by way of helping workers learn, share, and collaborate.

Prior to its most recent round, Poka raised $17 million, including a $10 million round in 2018. This latest financing brings its total funding to date to $23.4 million.

Notably, Poka’s most recent financing round is smaller in size than the raise from 2018. While it is not typical to see a company raise a smaller VC round than its previous raises, several VCs BetaKit spoke with on background explained it is not entirely unusual.

Poka called the $6.4 million an “expansion round or top up round.” A spokesperson for the company told BetaKit, “basically this was a strategic round that enabled us to bring in an important investor now without waiting until the next Series.”

While VCs that BetaKit spoke with were not familiar with the term “expansion round,” they explained that raising a smaller round compared to previous ones can occur when a company is looking for extension or bridge financing. They told BetaKit, on background, that COVID-19 has led to companies offering these types of rounds at the same valuation as previous investments and called it a way to keep startups from having to lay off employees or go under.

Amid COVID-19, Poka, like many businesses has been forced to adapt its work from home policies and all of its implementations are now being done remotely in order to keep employees and customers safe. The startup said the pandemic has also served to “raise the importance of digitally connecting frontline workers in light of physical distancing and work from home measures.”

“The pandemic has exposed/highlighted [sic] the shortcomings of the traditional approaches to training, communication and problem solving in factories and as a result, increased the urgency for manufacturers to move to Poka,” the Poka spokesperson told BetaKit. “Our clients have reported (starting as early as January) how Poka is helping them to keep workers safe by giving alternatives to in-person shift changeover meetings, training in classrooms and paper forms and reports.”