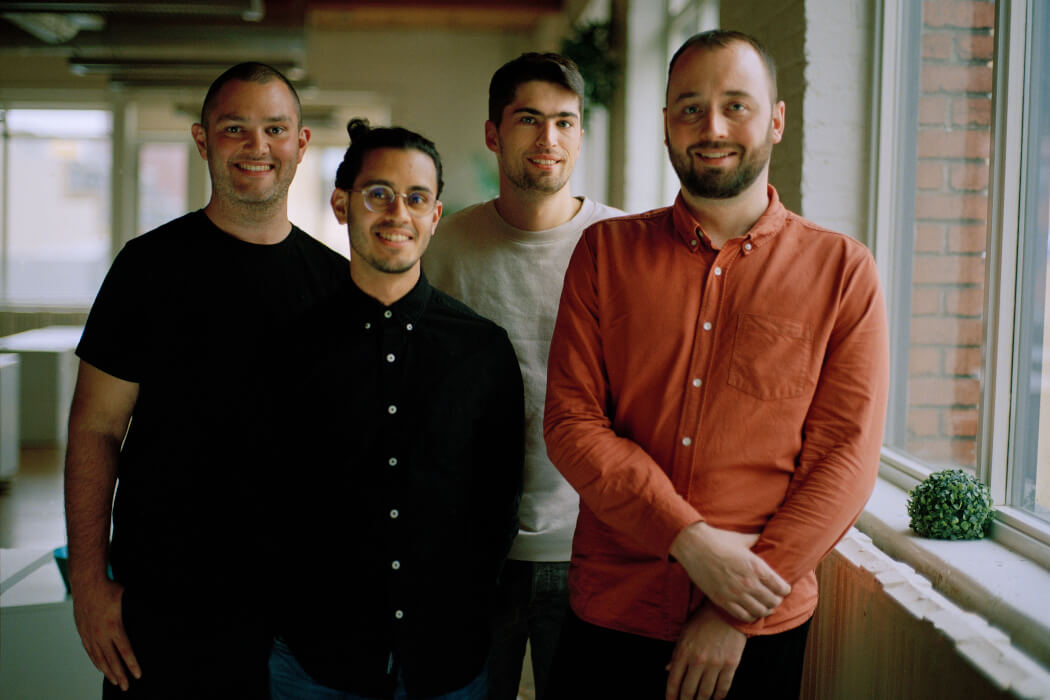 Toronto-based startup PartnerStack has secured approximately $35 million CAD ($29 million USD) in Series B financing as it looks to help more software-as-a-service (SaaS) companies to accelerate their growth through channel sales.

The all-equity round was led by New York’s 3L, with participation from Whitecap Venture Partners, Harbourvest, and existing PartnerStack investor RRE Ventures. According to PartnerStack, the funding caps off the startup’s fourth consecutive year of triple-digit revenue growth.

“COVID really accelerated the need for companies to be able to get distribution without having to get on planes.”
-Bryn Jones, PartnerStack

In an interview, PartnerStack’s co-founder and CEO Bryn Jones said the startup decided to raise this round after it saw an increased demand in the SaaS market for channel or indirect sales (also known as partnerships).

“COVID really accelerated the need for companies to be able to get distribution without having to get on planes, and everybody in software has turned to partnerships in the last 12 months, because it’s a new way for vendors to reach customers in the way that customers want to be reached,” Jones told BetaKit.

PartnerStack offers a partner relationship management (PRM) platform that helps software companies increase their sales and accelerate their growth through partnerships. PartnerStack was founded in 2015 and graduated from YCombinator that summer. The startup raised a $2.4 million CAD ($2 million USD) seed round and returned to Toronto later that year.

“Our decision to move back to Canada was really important,” said Jones. “We really believed in the [Canadian tech] ecosystem back in 2015 and all you have to do is look at all the news that’s coming out [today]. The ecosystem’s thriving, and we’re super happy to be here and super excited to continue to scale up.”

“Software companies are so pressured to grow, and that growth is expensive,” said Jones. According to the CEO, partnerships typically account for 30 to 40 percent of all software vendors’ revenue, “but there’s really no way to automate it, and that’s where PartnerStack comes in.”

By providing the infrastructure for software vendors to work with sales partners, Jones said PartnerStack enables third-party sales partners “to act as though they’re part of your own team.”

According to Jones, sales partnerships give software companies global distribution minus many of the expenses associated with adding salaries and retaining office space. Sales partnerships are also a performance-based channel, which the CEO said typically “scale incredibly well.”

PartnerStack’s platform serves SaaS vendors in three core ways: it helps them recruit partners, enables its SaaS clients to train said partners, and allows them to reward and pay out these partners directly through PartnerStack.

RELATED: How Ada piggybacked Zoom and Shopify’s growth to become a Canadian unicorn

“We increasingly see businesses in our portfolio and across the industry doubling down on channel partners as a major growth lever, and we see PartnerStack as the only company that has built a platform, marketplace and payments layer that powers indirect software distribution,” said Jodi Kessler, partner at 3L.

PartnerStack has two revenue streams: subscriptions to its software, and the commission it takes for processing sales partnership rewards. The startup primarily serves United States-based software vendors, around 70 percent of which are based in San Francisco. Jones emphasized that PartnerStack’s partner network, however, is global.

“We see PartnerStack as the only company that has built a platform, marketplace and payments layer that powers indirect software distribution.”
-Jodi Kessler, 3L

PartnerStack has kept a low profile up to this point, focusing on serving its existing customers and achieving product-market fit. The startup fuelled its growth up to this point through previously unannounced $8.4 million CAD ($7 million USD) Series A round from RRE Ventures, Freycinet Ventures, and eFounders at the end of summer 2019.

“We were just heads down focused on building our business,” said Jones. “We wanted to make sure that there was some substance before we added sizzle to the company.” The new round brings PartnerStack’s total funding to date to $46 million CAD ($38 million USD).

After experiencing a slight slowdown in the first quarter of 2020, Jones said PartnerStack’s business accelerated in Q2. “At the end of the day, when everyone cut back and adjusted because of the impact that COVID had, [software companies] realized that they still needed to grow, and the most cost-effective way to grow was through partners,” said the CEO.

According to PartnerStack, in the past year, the startup’s network of 65,000-plus partners has driven over $120 million USD in revenue and over 1.6 million new customer sign-ups for software companies hosting their partner programs on the PartnerStack platform.

PartnerStack plans to use the fresh funding to recruit more partners, improve discoverability on its platform, bolster its payments and automation tech, grow its team, and establish a new headquarters in Toronto.

The startup had 40 employees in January 2020. By the end of May, PartnerStack expects to have grown its headcount to 140, and aims to double the size of its team over the next 12 to 18 months with a particular focus on engineering, design, product, partnerships, and other roles related to its go-to-market strategy.

“We think that, 10 years from now, the people selling software won’t be salespeople,” said Jones. “Rather, it will be independent consultants who have boots on the ground, all over the place, and are able to service their customers in their unique ways.”