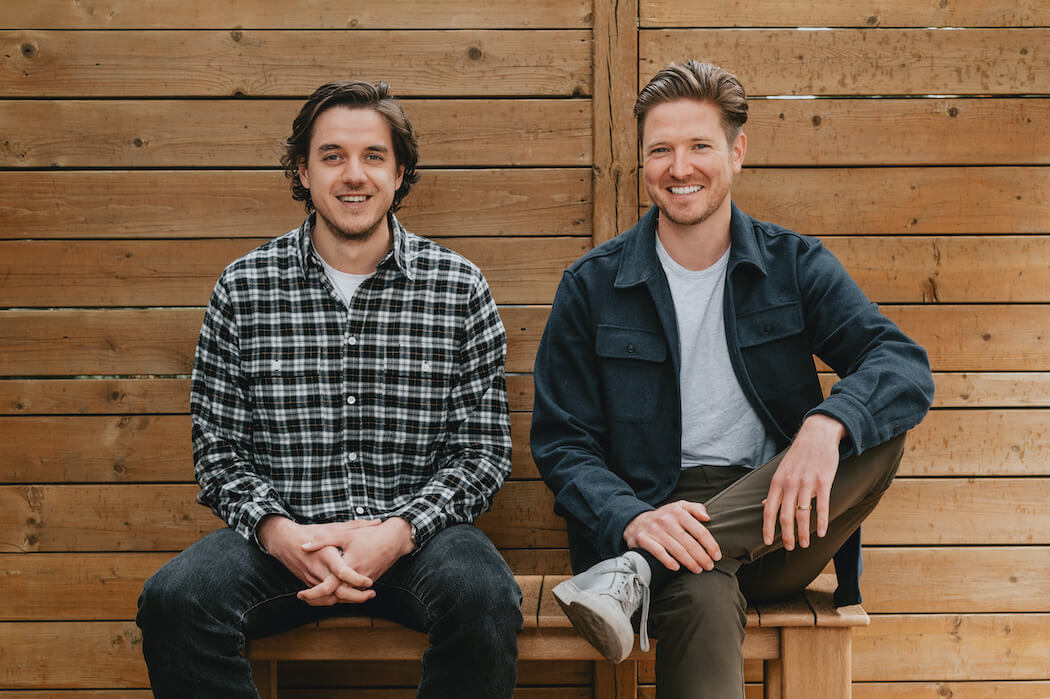 Powering the likes of Zoom, Facebook, and Square, customer support software startup Ada has seen a record year of growth amid COVID-19.

The five-year-old startup, which has developed an AI chatbot for brands, powered 1.5 billion customer interactions over the past year, more than five times its total from the year prior. This explosion of activity led to Ada seeing triple-digit revenue growth and more than doubling the size of its team. In the fall, the Toronto-based company was named one of the fastest-growing tech companies in North America by Deloitte, coming in 15 on Deloitte’s Technology Fast 500 list.

“What’s happened in the last year is that some of the fastest-growing brands in the world are really using Ada.”
– Mike Murchison, Ada

Earlier this month, Ada announced a $130 million USD Series C round that brought its valuation to $1.2 billion.
BetaKit spoke with Ada co-founder and CEO Mike Murchison about how he took his company from early pandemic uncertainty to unicorn status in one year.

Like many companies, Ada made the hard decision to lay off staff during the initial uncertainty caused by COVID-19. In April 2020, Ada laid off 36 employees (23 percent of its staff) as customers hesitated to spend amid the unknown.

Despite the initial layoffs, the need for Ada’s automated approach to customer interaction and support became evident amid COVID-19, and the pandemic ultimately led to Ada powering customer interactions for a number of major brands to record revenue and growth.

“When they all figured out how to do that, one of the first things it turns out they were looking to buy is automation software,” he said. “And [Ada] went from our layoff into record growth in Q2 [2020].”

Ada continued to see record growth throughout 2020. Since April of last year, Ada has also more than doubled the size of its team from its pre-layoff total.

“What’s happened in the last year is that some of the fastest-growing brands in the world are really using Ada to solve that interaction problem,” said Murchison. “They’re using us to really enable their brands to talk.”

In 2020 alone, Ada worked with hundreds of brands to automate their customer interactions. In addition to Zoom, Facebook, and Square, its customers include the likes of Medium, Shopify, Telus, and Air Asia.

Perhaps the best example of how Ada grew along with its customers in 2020 is Zoom, which saw its revenue skyrocket over the last year as people required virtual meeting technologies to conduct business. Zoom originally partnered with Ada in late 2019 to implement an automated customer experience strategy, but went from 10 million users in December 2019 to more than 200 million after COVID-19 hit. In that time, Ada automated 98 percent of support inquiries from Zoom’s free users, with the idea of reserving human agents from paid customers. Even with that strategy, Ada provided support to 85 percent of Zoom’s paid customers.

“[The Series C round] came about through a real conviction that Ada is building a very large company and has the opportunity to really be the leader in this new category of software,” Murchison told BetaKit.

Murchison noted it was when brands really started to see value in accelerating automated customer interaction that Ada started to see its scale take-off.

“We became very excited. It’s always sort of been the vision for Ada, but it started to become a reality very, very, very quickly over the course of 2020,” he said. “And the fundraise is really about accelerating and seizing the opportunity to be, really, the first company that powers brand interaction at scale.”

Murchison told BetaKit that by February 2021, Ada was in a strong cash position but the accelerated quarter-over-quarter growth, including a “huge” Q4, led to Ada accelerating its fundraising. Ada’s $130 million, all-equity and primary capital Series C was ultimately more capital than the company originally planned to raise. It also added Ada to a growing list of Canadian tech companies that have reached billion-dollar valuations amid COVID-19.

With newfound capital, Ada has ambitious hiring plans to grow its team. Ada currently sits at 250 staff, with plans to double in size by the end of this year. Murchison also pointed to the potential for Ada to use the capital to become active in the merger and acquisition space.

With an eye to continued growth, Ada has three main focuses for the future: working with larger companies, increasing the reach of its products, and developing more integrations.

“There are many other types of conversations Ada doesn’t yet power, which we will over the years ahead,” said the CEO. “That’s going to enable … a much more consistent brand experience for all of us as consumers at every stage of our interaction with a brand. That’s [a] very core part of our strategy.”

The second part of that strategy is working with companies to offer more integrations. Currently, Ada integrates with the likes of Zendesk, Oracle, Intercom, and Salesforce. Murchison said the goal is to automate the entire customer service journey, including things like customer service agent tasks done while on calls.

“I’m most proud of our team’s resilience,” said Murichson regarding Ada’s journey from early COVID-19 uncertainty to unicorn status.

“2020 was such a mercurial year that it gave us a lot of … confidence that we persevered and succeeded despite that,” he said. “And a lot of humility, too, because 2020 has taught us all that so much that is not in our control, and I think that warrants an important amount of humility as we look to our years ahead.”

“I think if we’re resilient and we’re humble, and we remain incredibly ambitious, as we are at Ada, we’re going to build something very, very lasting. And that’s our goal, our goal is to build a generational company that outlives us all.”