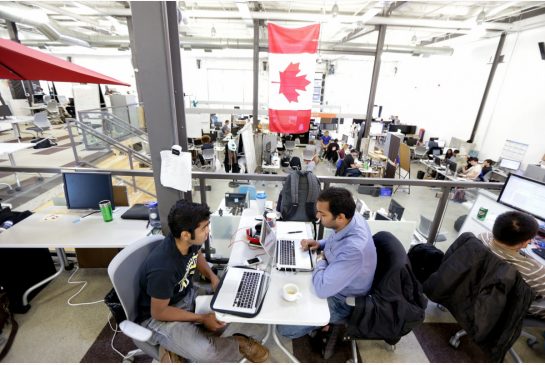 Over the past couple of months I’ve been talking to startups in the Kitchener/Waterloo ecosystem. These conversations have mostly surrounded their stories, visions and starting up in KW. They lead to some larger themes about the start-ups in general:

There are no silver bullets in marketing:

While talking to Decision.io cofounder Josh Wright, I was struck by how they had already acquired paying customers during their closed beta. “Our first customer was the first to pay us” were his exact words, and they told a strong story. Wright and his cofounders kept their day jobs while working part time on their startup, until the early customers were happy to pay for it.

Decision.io is currently in New York as part of the Angel Pad Incubator and they’ve moved into the Green House. They’re an excellent example of selling from Day one.

All too often I’ve talked to startups that are either waiting to finish their product development process without leaving their rooms, or vaguely referring to ‘PR & social media’ as their marketing and sales strategy.

There are no silver bullets. A feature on TechCrunch may land you a couple of thousand page views, but the question becomes how many of those actually translate into cold, hard cash?

Marketing, especially the free sort, takes time to build up. Blogs, social media, ads and other inbound and outbound strategies take time to show results. There’s much experimentation involved with tweaking strategy, as well as tactical decisions to see which channel works best for your company. If you’re selling manufacturing software, it may make little sense to have a Facebook Page.

Alot of early stage technology companies undermine the value of building up a marketing engine from the start. Communities aren’t built overnight – they’re a labour of love and time. All too often a marketing guy or girl will be brought on post-soft launch, expected to bring millions of page views, thousands of twitter followers and 80 percent conversion rates within months, if not weeks.

Don’t fall in love with your technology:

Ramli Jon from Family Tales mentioned how Family Tales started out as a Facebook for Dead People (Yes…). But while having a potential user test out their app, something surprising happened. She put in her baby’s name instead: “When we asked her about it she said, ‘my baby is my everyday life’.” Following this they started from scratch, changing the focus of their whole product and re-designing it from the ground up.

It’s a common problem for technical founders to fall in love with technology and lose sight of the problem they are trying to solve. As a startup, you are solving a problem for ‘X’ number of people. That problem might be solved with better technology or it might even be solved by a manual process that can later be scaled with technology.

Currently the team from Family Tales are putting their venture on the back burner to persue other opportunities.

Which brings me to the final thought:

I don’t mean pop champagne over it. Rather, don’t be ashamed of it, and be open about sharing your learnings. Post-mortems seem to be popular in the blogosphere right now, so write your own.

Photo by the Toronto Star

Kamil Rextin is an MBET Graduate from University of Waterloo with a couple of failed startups under his belt. He is currently working at Organimi in customer success, marketing, and product management. Kamil also develops apps on the side for fun. When not working he enjoys reading fiction and non fiction, video games, and anime. Deep down inside he still believes in elves and hobbits.

If you’re with a company looking to lead in just about any sector, the catchphrase for your business plan is ‘data-driven.’ But we’ve seen…