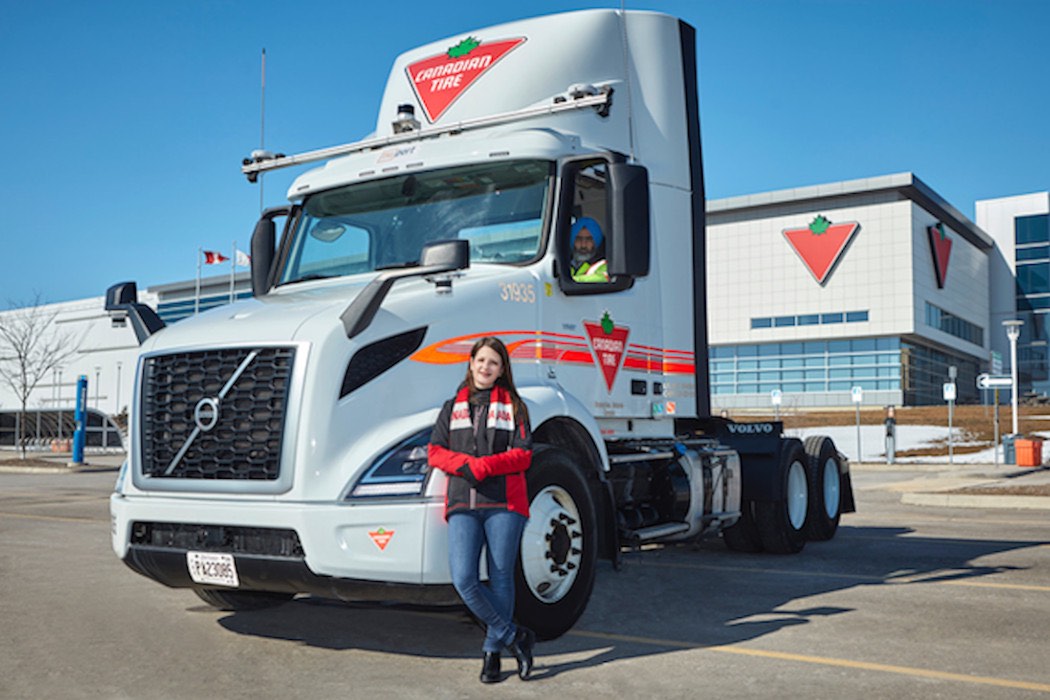 The project, which aims to equip two Canadian Tire trucks with NuPort’s artificial intelligence (AI) tech, has been backed by $1 million from the Government of Ontario through the province’s Autonomous Vehicle Innovation Network (AVIN) R&D Partnership Fund. This investment has been matched by $1 million commitments from NuPort and Canadian Tire for $3 million in total project funding.

The fresh funding represents another in a series of Ontario government investments in the autonomous vehicle space through AVIN. Earlier this month, the province gave Gatik, a California and Toronto-based autotech startup, nearly $1 million to accelerate the research and development of the company’s autonomous vehicle tech.

In November, Gatik signed a deal with Loblaw to deploy five box trucks equipped with AI for delivery along fixed routes across the Greater Toronto Area (GTA).

Similar to that deal, NuPort is working with Canadian Tire on a two-year project to retrofit two conventional semi-tractor trailers with high-tech sensors, touchscreen navigation, and other advanced features including obstacle and collision avoidance. Raghavender Sahdev, the CEO of NuPort Robotics, called the project’s early results “promising.”

The trucks, which will be attended by a driver, are currently transporting goods between a Canadian Tire distribution centre in the GTA and nearby rail terminals within a 20-kilometre radius.

“The aim of the project is to develop a system that incorporates an autopilot feature for conventional trucks with a driver, leading to the most efficient way to drive and increase safety,” said Sahdev. “The sensors work as a ‘safety cocoon’ to cover blind spots and prevent accidents and the end result is peak fuel efficiency, meaning lower carbon emissions, and peak driving performance for an overall more optimal transportation experience.”

Founded in 2019, NuPort touts itself as “Canada’s first autonomous trucking company.” Like Gatik, NuPort’s tech aims to provide a transportation solution for “the middle mile”—what it refers to as “the short-haul shuttle runs that semi-tractor trailers make between distribution centres, warehouses and terminals each day.”

NuPort said this fixed route approach, which Gatik also uses, utilizes a “known set of predetermined trucking routes” versus general highway driving, which it argues is less predictable. “Ultimately, when implemented on fixed routes in the future, Canadian Tire will benefit from faster commercial deployments and improvements in supply chain sustainability,” NuPort said.

According to a 2019 report on the future of Ontario’s auto sector, Ontario was North America’s top auto-producing region, building nearly 2.2 million vehicles. However, the report found that auto production in the province has fallen by 25 percent since 2000.

“The auto sector in Ontario is at a crossroads,” the report states. “Technological disruption
and global industry trends present both major challenges and opportunities for our auto sector. However, the province’s unique convergence of automotive and technology expertise gives Ontario a major advantage in designing and building the next generation of vehicles.”

To ensure the province’s auto sector remains competitive amid “fierce global competition,” the Ontario government announced plans to enhance the province’s innovation ecosystem. This includes promoting SME tech adoption, supporting research and development and early-stage tech development, and increasing the commercialization and scale-up of tech in the auto industry, with an eye towards electric vehicles (EVs) and AI.

In 2016, the province launched a 10-year pilot program to allow for the testing of autonomous vehicles on public roads under certain conditions. In 2017, Ontario launched AVIN, investing $80 million over five years into the Ontario Centre of Innovation-led program. AVIN aims to build partnerships across the province to develop autonomous vehicle tech. As of March 2020, the program claims it has funded 45 research and development projects and supported 239 new startups.

During recent months, there has also been an uptick in Canadian investments in EV manufacturing. In January, GM Canada reached a $1 billion deal to build electric vans in southern Ontario, and this week, Quebec and Ottawa announced a joint $100 million investment to construct a new EV battery plant in Quebec.

BDC Capital has announced the creation of a new $200 million CAD fund designed to invest in and support early-stage Canadian deep tech companies….