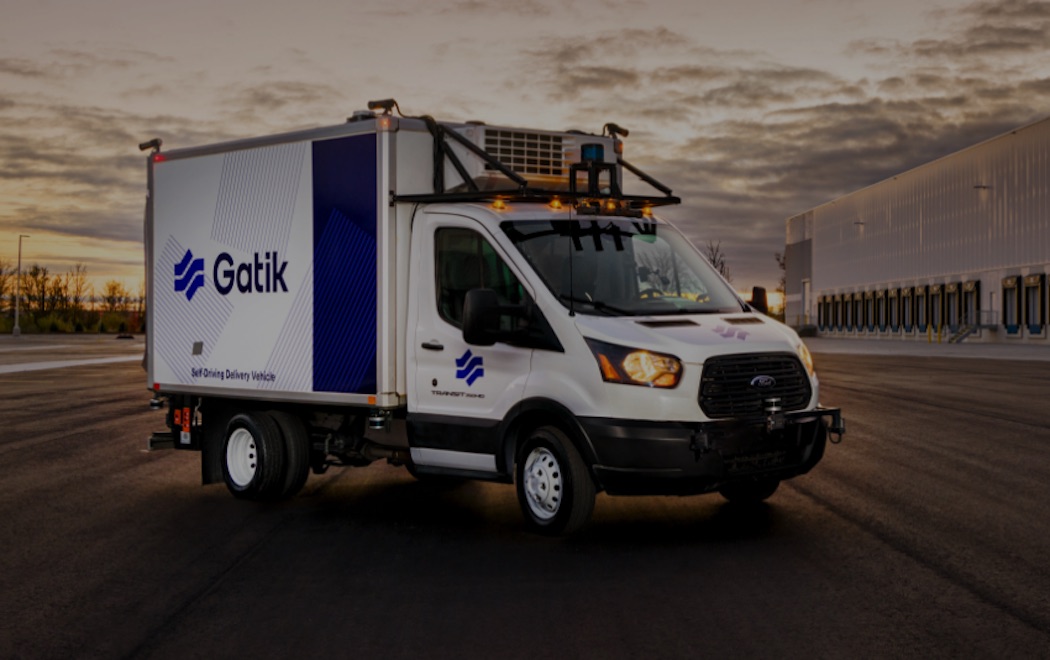 Gatik, a California and Toronto-based autotech startup, has received $997,000 from the Government of Ontario to accelerate the research and development of the company’s autonomous vehicle technology.

The investment follows Gatik ramping up its presence in Ontario over the last few years. The province’s investment comes from the Autonomous Vehicle Innovation Network’s (AVIN) R&D Partnership Fund.

The funding will also be used to help Gatik accelerate R&D efforts to test, measure, and demonstrate the operational efficiencies generated by autonomous delivery adoption. As part of this project, Gatik is also making use of AVIN’s regional sites across the province to access R&D resources, tools, equipment, and Ontario talent.

The project also includes $8 million in “industry contribution.” Richard Steiner, Gatik’s head of policy and communications, told BetaKit the industry contribution “flows through” Gatik and that for every $9 Gatik spends on R&D and winterizing its autonomous vehicle technology, AVIN’s R&D Partnership fund reimburses $1.

In 2020, Gatik partnered with grocery giant Loblaw Companies, to launch what it claimed was Canada’s first autonomous delivery fleet. That partnership expanded upon a pilot program, which saw Gatik and Loblaw testing a single delivery vehicle in Toronto. That expanded partnership put five box trucks outfitted with autonomous vehicle technology across fixed routes throughout the Greater Toronto Area.

“The operational experience and data gathered in Ontario gives us a strong understanding of how inclement weather affects our vehicles’ movements and gives us a competitive edge in the B2B short-haul logistics market across North America,” said Gatik’s CEO and co-founder Gautam Narang.

Gatik specializes in middle-mile delivery for the B2B retail industry. Its mission is to deliver goods safely and efficiently using autonomous vehicles with a fleet of light to medium-duty trucks. The company was founded in 2017 by Narang, CTO Arjun Narang, and chief engineer Apeksha Kumavat.

AVIN is a program funded by the Ontario government, aimed at building partnerships across the province in order to develop autonomous vehicle technologies. This is not the first collaboration between AVIN and Gatik. Gatik was notably a member of the second cohort of AVIN Waterloo Ventures at Communitech. That program was created to support Ontario-based startups and scale-ups using high definition mapping technologies.

Gatik has been putting down roots in Toronto over the last few years. At the beginning of this year, the company moved into a 12,000 square foot research facility in the west end of Toronto.

Loblaw marked the second major retailer Gatik has publicly signed as a customer. In 2019, the company signed a deal with Walmart, operating a delivery fleet from Walmart’s headquarters in Arkansas. The two companies recently expanded this partnership to begin fulfilling customer orders with fully driverless trucks.

Steiner also told BetaKit the company has signed multi-year contracts with additional customers and plans to announce those later this year.

The startup claims short-haul logistics represents a $1 trillion market, in which the majority of retailers are losing money on each delivery.

“Ontario’s safe, well-structured and progressive regulatory environment is helping to ensure that the province continues to lead the way in autonomous vehicle operations in Canada,” said Steiner. “This, coupled with support from AVIN, will enable the economic impacts of Gatik’s presence in Ontario to be realized long-term.”