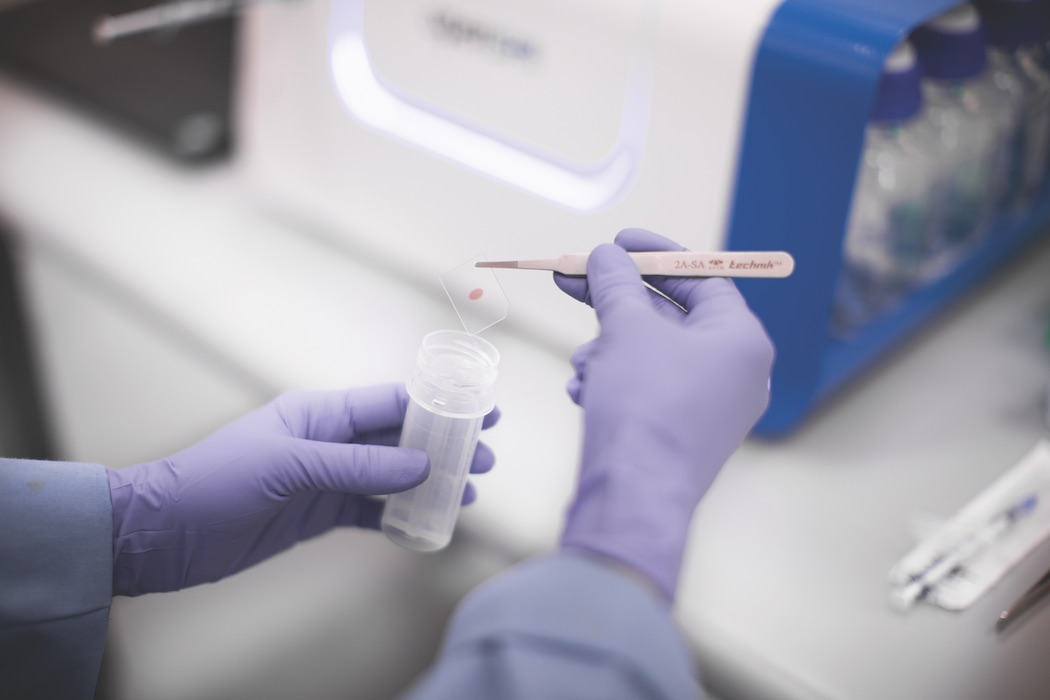 Nicoya, a healthtech startup that has developed analytical instruments for the biotech and pharmaceutical industries, has raised $10 million CAD in Series A funding.

The round was led by Whitecap Venture Partners, the Toronto-based venture firm that also lists among its portfolio Second Closet and Bold Commerce. The Series A also saw participation from existing investors, including Garage Capital, MaRS IAF, Laurier Startup Fund, and the University of Waterloo Student Venture Fund, as well as other unlisted investors.

“The problem is that a lot of the instruments in this industry are very, very complex [and] very expensive.”

Spun out of the University of Waterloo in 2012, Nicoya uses nanotechnology, microfluidics (the science of manipulating and controlling fluids), and AI to develop products that are meant to enable scientists to better understand and develop treatments for diseases, such as cancer, hepatitis, and Alzheimer’s.

He added that Nicoya’s first product, which was launched in 2015, was the first benchtop instrument of its kind for measuring drug candidates at a molecular level. Nicoya’s benchtop surface plasmon resonance (SPR) instrument is essentially a laboratory device that measures the interactions between molecules. The product is meant to help accelerate new discoveries and drugs.

“[It’s] really important that [researchers] have this information [so] that when they design a drug, and they start testing a drug, it has a very high chances [sic] of success before it goes into clinical studies,” Denomme said. “The problem is that a lot of the instruments in this industry are very, very complex [and] very expensive. Only a small subset of the industry have access to these tools.”

According to the startup, its scientific instruments have been adopted by hundreds of researchers in academia, government, biotech, and pharmaceutical companies in more than 40 countries.

RELATED: Forging a path for healthtech in Canada means getting all stakeholders on the same page

This latest round of funding marks Nicoya’s largest to date, bringing its overall financing to more than $14.6 million CAD. Nicoya plans to use part of its newfound capital to “expedite” the commercialization of a new product that is focused on drug discovery, and is set to be announced shortly.

“The team at Nicoya are creating disruptive, world-class technology that is aiding in the development of life saving drugs that have the potential to change the way people live,” said Russell Samuels, partner at Whitecap Venture Partners. “Nicoya has established itself at the centre of disease research and drug discovery for scientists around the world.”

Samuels told BetaKit that he sees Nicoya becoming a world leader in the SPR space. “Ryan is starting to hit critical mass with his company,” Samuels stated. “He has a tremendously impressive product in a space where the bar to be in market selling product[s] is quite high.”

Nicoya’s Series A raise is the latest in a string of drug discovery-related startups that have recently received funding. Aspect Biosystems raised $26 million in its own Series A with Deep Genomics raising $40 million for its Series B round. This brings the total raised by Canadian drug discovery-focused startups in recent months to more than $76 million CAD.

Denomme noted that the cost of bringing new drugs to market has increased by around 150 percent in the last 10 years, which he gave as a reason for increased interest from investors. He added, however, that it still takes multi-billions of dollars to develop drugs, with success rates dropping.

“As technology gets better, and as we learn more, you kind of expect that the cost of developing these things should drop and the success rates should go up,” he told BetaKit. “But that’s not exactly what we’re seeing.”

Nicoya plans to grow its team to more than 80 employees over the next few years (Source Nicoya).

“If the costs continue to rise, it just puts more and more pressure on patients and insurance providers to come up with a way to pay for these things,” Denomme added. “So if us and the other companies working in the space can help to reduce those costs, I think it’s going really help with the burden of that on society and also make sure that everybody has access to the life saving drugs that scientists are working so hard to develop.”

Along with the commercialization of a new product, Nicoya is also looking to use the Series A funding to further expand its presence in international markets. Denomme said the startup wants to put more resources into areas where it sees the “biggest” potential, such as Asia and Europe.

A graduate of Velocity’s incubator program, Accelerator Centre, and Communitech, Nicoya also plans to use the funding to grow its current team of 50 employees. In the process of hiring for software positions and a sales development representative, Nicoya hopes to bring on 30 new team members over the next year. The startup noted that as a company with deep roots in academia, 44 of its current employees have either a science or engineering degree, including those that work on customer success and sales. Nicoya plans to put more of an emphasis on its sales and marketing strategy moving forward.