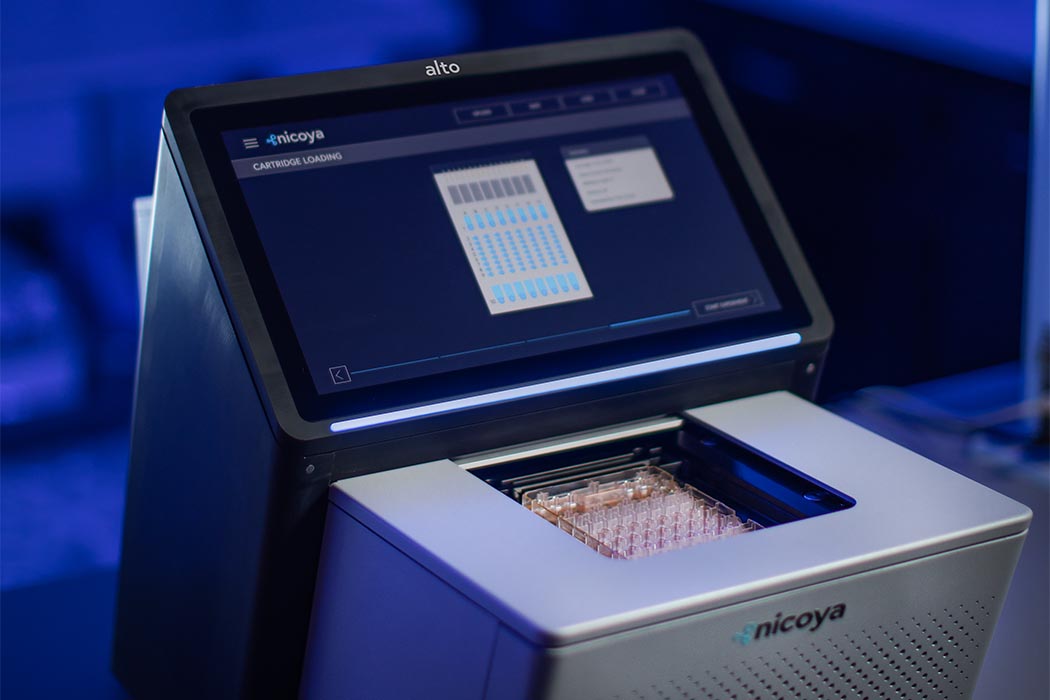 “The future of drug discovery is digital and Alto is very well positioned to lead the way.

The biotechnology and pharmaceutical provider launched Alto, a fully-automated benchtop surface plasmon resonance (SPR) system, a laboratory instrument that measures the interactions between molecules in real-time without the use of labels. It does this by integrating digital microfluidics, artificial intelligence, and nanotechnology.

Nicoya said the product reduces the time and cost of drug discovery, which could help scientists understand and cure human diseases faster. The device significantly reduces the hands-on time scientists go through to get high-quality SPR data, said Nicoya CTO Arjun Sudarsan. “The future of drug discovery is digital and Alto is very well positioned to lead the way,” he added.

Alto is the startup’s third product released to date, but the first to use DMF or digital microfluidics technology for SPR. Nicoya’s first product, which was launched in 2015, was the first benchtop instrument of its kind for measuring drug candidates at a molecular level. Its other product, OpenSPR-XT, launched in 2016, is a fully automated molecular analysis instrument based on Nicoya’s OpenSPR instrument.

Established in 2012, Nicoya develops nanotechnology, biochemistry, and optical sensor technologies used by medical researchers in both academic and private institutions in more than 25 countries. The startup graduated from the Kitchener-Waterloo-based Accelerator Centre in 2015. To date, Nicoya has received overall financing of more than $14.6 million CAD from ventures and government funding.

According to the Nicoya, its scientific instruments have been adopted by hundreds of researchers in academia, government, biotech, and pharmaceutical companies in more than 40 countries.

The room was overflowing at MaRS Discovery District this week for the third monthly Wearable Wednesday meetup, where startups in the wearable space meet…