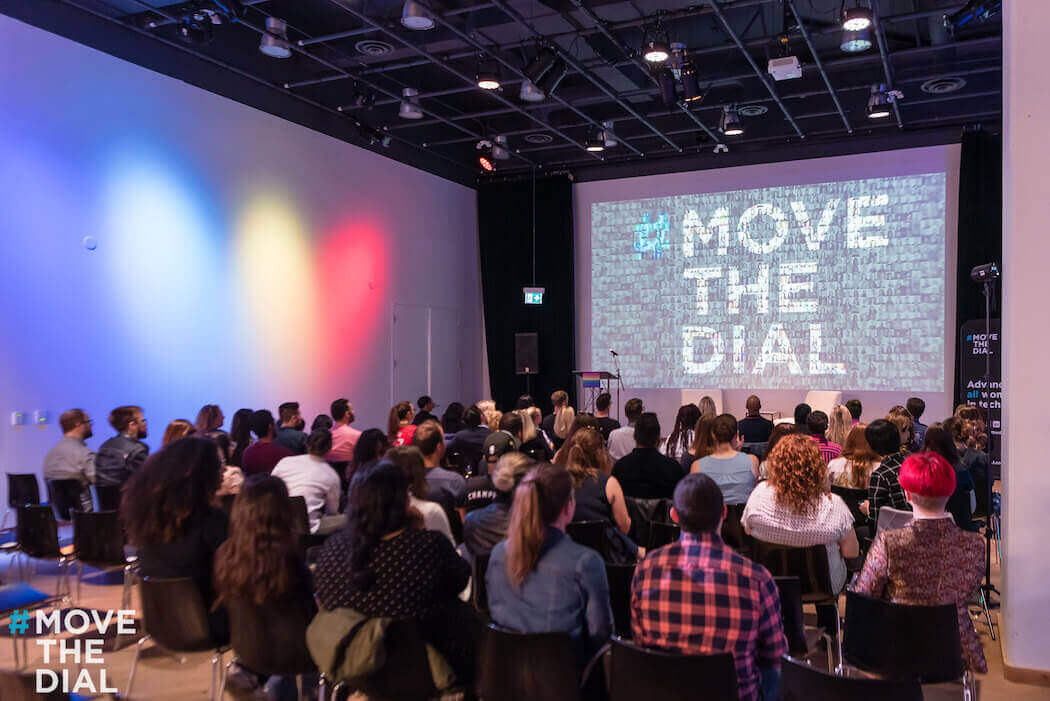 Canadian tech organization #MoveTheDial has decided to pause company operations “for the foreseeable future” as economic pressures caused by COVID-19 continue to grow.

#MoveTheDial founder and CEO Jodi Kovitz announced the decision on Wednesday, stating that as of next week #MoveTheDial will be pausing operations in order to preserve the organization in the long term.

“Had the government…chosen to release the similar wage subsidies that they did in the UK or Denmark…then I wouldn’t have had to pause operations.”

“Like so many other organizations, #movethedial is in an unprecedented and challenging situation trying to navigate the effects of the COVID-19 pandemic,” Kovitz stated in a letter to the organization’s community. “As an organization that uses events as its primary delivery vehicle … #movethedial has been significantly impacted by the need for every one of us to physically distance ourselves from one another to reduce the spread of the virus within our community.”

The organization, which focuses on empowering women and diversity in tech within Canada and around the world, noted that with more than 75 events scheduled to take place in the coming months, its team worked to make the events virtual as social distancing measures were implemented. However, Kovitz stated in her letter that #MoveTheDial is not able to generate sufficient revenue in the current climate that would allow for its continued operation.

“It is with the utmost sadness and immense heartbreak that I have made the incredibly difficult decision to pause our operations,” the CEO said. “In doing so, the aim is to preserve the #movethedial organization we have built over the past few years to support the movement in the long term. I am deeply optimistic that #movethedial 2.0 will emerge as a strong, resilient organization.”

In an interview with BetaKit, Kovitz explained that she spent the past few days working with advisors going through every scenario to keep #MooveTheDial running. “My team knows that we’ve tried absolutely every way to conceptualize doing anything but this,” she said, noting that #MoveTheDial created a virtual event plan over the past week, including a virtual summit.

“The challenges in this economy, not only is it nearly impossible to see how we could monetize those events in a way to enable them to happen from sponsorship, I don’t even feel comfortable or appropriate to ask a soul for $1 right now, whether it’s a large company or a human,” she told BetaKit. “It’s just such an unsettling, uncertain time of crisis, that it doesn’t feel to me right to sell anything unless it’s a specific solution to help people’s safety, health, or mental health.”

“Although we provide opportunities for community to come together and connect and engage, which can be very nourishing in such a difficult time, we need to have funding in order to continue to operate when you have 21 staff and tons of operating expenses,” she added. “It’s not a feasible plan for the foreseeable future.”

Kovitz and the rest of her employees have been temporarily laid off from #MoveTheDial. A temporary layoff under Ontario law is typically when an employer cuts back or stops the employee’s work without ending his or her employment. Kovitz is set to continue as ambassador and spokesperson for #MoveTheDial in order to maintain the community. She plans to continue some form of operation through social media and collaboration with other organizations. Making a call to the Canadian business community, Kovitz encouraged companies looking to hire to reach out. “While I would love for my entire team to come back together once we emerge from this crisis, I also know that the right thing to do is encourage them to embrace a new opportunity if the right one comes their way in the interim,” she wrote.

#MoveTheDial’s decision to cease operations and lay off staff comes as many other Canadian companies are being forced to make the same decision. Thousands have been laid off from airline agencies and a majority of small businesses have expressed the need to reduce staff as revenues are seeing a massive dip. A database of out-of-work Canadian startup employees that was started last week has garnered more than 1,000 people looking for work, as of Wednesday afternoon.

In the Canadian tech landscape, in particular, leaders have expressed concern that innovation industry companies do not qualify for current government measures meant to support businesses through this difficult economic period. For her part, Kovitz told BetaKit that she attempted to apply for the BDC loans, but was unsuccessful in even getting through to the financial institution and found that increasing her line of credit at her own bank was not possible due to the risk associated with a personal guarantee.

When asked about her thoughts on the measures Kovitz expressed gratitude for the government stepping up, but noted, “had the government been in a position or chosen to release the similar wage subsidies that they did, for example, in the UK or Denmark, where they’re paying wage subsidies of 75 percent to 80 percent, immediately, then I wouldn’t have had to pause operations … I could have sustained that.”

Lamenting the need to make such a decision, Kovitz added that she understands that others in the community look to her for leadership and she wanted to make the best decision possible in this unprecedented time. “It actually really helps to just have real conversations and to be able to support other entrepreneurs that are faced with making this difficult decision,” she told BetaKit. “I now have the checklist, I learned what to do, I got all the legal advice, I understand all of the pieces, and I want to make myself available to any founder that is struggling with this decision and wants to talk to me.” She expressed that she is open to speaking with other founders to offer advice based on her experience.

“I’m beyond grateful for the support of this community over the past three years, and am hopeful that once this pandemic is over, #movethedial can overcome the obstacles we now face and will have the opportunity to emerge as a stronger, more resilient organization that will continue to build on our mission,” Kovitz wrote in her letter.

The organization is still set to host an online Stories+ event on Thursday, with Kovitz noting that the webinar will be #MoveTheDial’s last Stories event for the foreseeable future.

“This is an unprecedented time that requires each of us to be bold and brave, and do the right thing even when it is the hardest thing,” said Kovitz. “#movethedial is more than just a movement, it’s a belief in change and a desire to create impact, it’s a community of brave leaders and innovators who want to actively create social good. #movethedial is you, it’s me, it’s all of us. And despite us pausing our operations, it will still live on.”