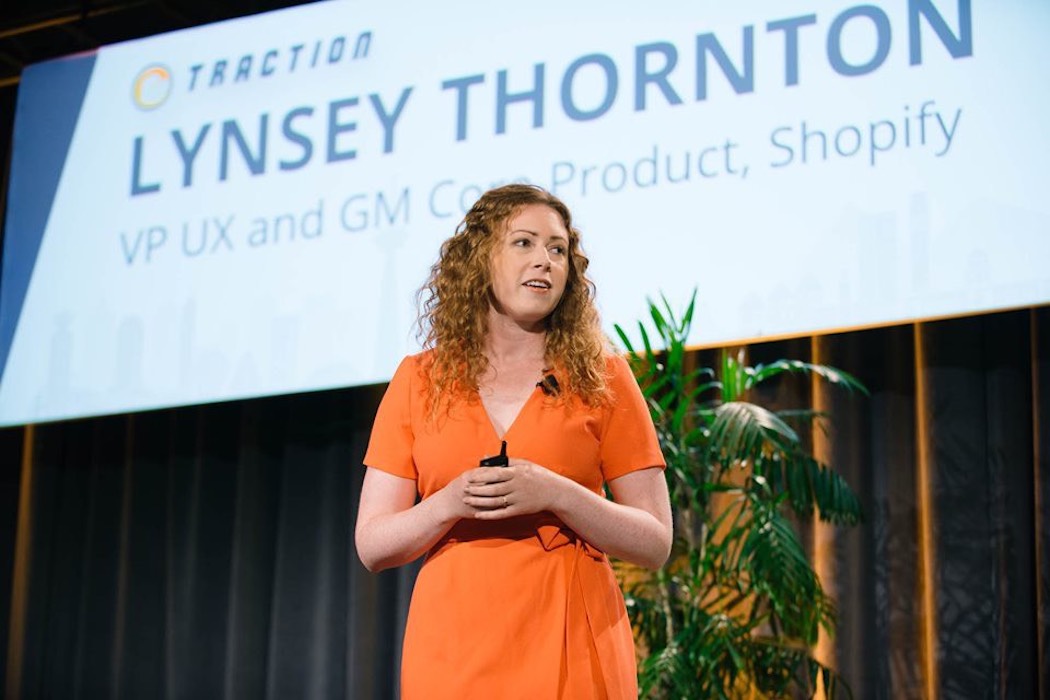 Shopify’s managing director of US West, Lynsey Thornton, has departed the e-commerce company.

In a tweet shared Tuesday, Thornton stated she officially left the role last week. Thornton and Shopify had not responded to requests for comment by time of publication.

Thornton wore several hats during her more than eight-year tenure at Shopify, most recently serving as managing director of US West.

When she joined Shopify in 2013, Thornton was Shopify’s first employee in Vancouver.

In early 2020, Thornton was tasked with leading Shopify’s plans to open a Vancouver office and 1,000 new hires. When she joined Shopify in 2013, Thornton was Shopify’s first employee in Vancouver. She has also served in the roles of general manager of core product, vice president of UX, director of UX, and director of UX research.

“So overwhelmingly proud to have been part of the story of this company,” Thornton said on Twitter. “Hat tip to everyone I got to build it with — internally [and] externally, for making solving hard problems fun.”

Thornton is also part of the founding team at Backbone Angels, which launched in March. Backbone Angels is focused on investing in women and non-binary founders with a specific focus on Black, Indigenous and People of Color (BIPOC)-led companies.

The group was founded by a number of individuals from Shopify, including Thornton; Brittany Forsyth, who departed the role of Shopify’s chief talent officer in the spring; director of product acceleration Anna Lambert; and Konval Matin, director of merchant storytelling, among others.

Thornton is the latest of a string of Shopify team members to depart the company this year. In April, three major executives left, including Forsyth, chief legal officer Joe Frasca, and chief technology officer Jean-Michel Lemieux.

In the fall, Shopify had made a number of executive changes at the company. Longtime chief operating officer Harley Finkelstein moved into the president role as CEO Tobi Lütke took over the role of Craig Miller, who left his position as chief product officer.

Now one of Canada’s most valuable companies, Shopify has seen its valuation skyrocket over the last year as many businesses moved online during the COVID-19 pandemic. Amid the pandemic’s widespread impact on retail and e-commerce, Shopify managed to generate $307 billion in global economic activity in 2020.

Amid the success driven by remote work and the need for social distancing, Shopify made significant changes to its own operations during the pandemic.

Despite its decision in January 2020 to build a major office in downtown Vancouver, Shopify later announced it would become a digital by default company, employing a permanent remote work model, even after the pandemic is over. At the time of that announcement, Forsyth told BetaKit Shopify was still committed to retaining its current and future “recruitment hubs,” including the hub in Vancouver.

The shift to permanently remote has seen Shopify make changes to its other physical office spaces. In August, the firm laid off 30 to 50 employees with focuses on office management and technical maintenance for in-office employees. Shopify has also vacated its Ottawa headquarters with plans to move to a smaller office in the city. Shopify has stated it remains committed to “retaining a physical presence” in each major city it currently has spaces in, which includes Ottawa, Toronto, Waterloo, Montreal, Vancouver New York City, San Francisco, Los Angeles, Stockholm, Vilnius, and Berlin.

Uber began ride-sharing operations in Regina on Wednesday, and rolled out a new app feature in Toronto to notify riders when to look out…