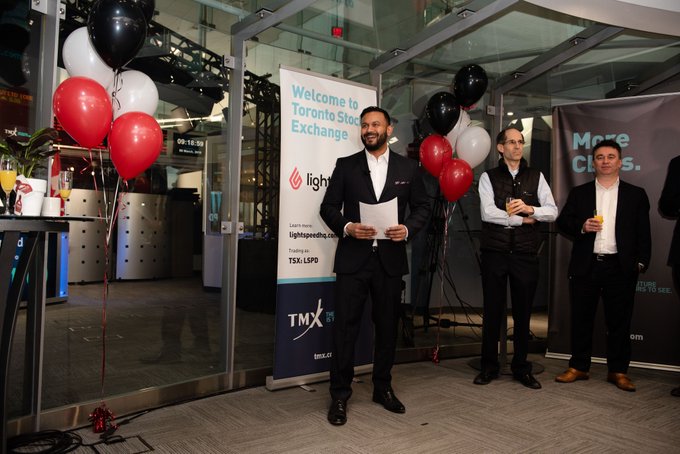 Montreal-based Lightspeed has released its financial results for the fiscal first quarter, ending June 30, 2019. The now-public company reported $24.1 million in revenue, an increase of 38 percent from the same period last year. All figures reported are in US dollars.

The company’s software and payments revenue sat at $21.3 million for this quarter, an increase of 40 percent from the previous year. Gross margin reached 65 percent, with gross profit on software and payments revenue up by 33 percent year over year. The company saw a net loss of $9.1 million as compared to a net loss of $8.1 million. By the end of the quarter, Lightspeed had $191.4 million in cash and cash equivalents and reported no debt.

“This past quarter demonstrated solid execution on a number of our stated growth strategies to ensure Lightspeed continues our journey of building a recognized market leader for SMB retailers and restauranteurs globally,” said Dax Dasilva, CEO of Lightspeed. “Accelerated top-line growth of 38 percent, continued GTV growth of greater than 30 percent, and accelerating Payments adoption rates on eligible new customers in the quarter are all effective gauges of a healthy, growing customer base that is finding increased success through partnering with Lightspeed.”

Lightspeed noted some operation milestones during the quarter, including that its customer locations grew 20 percent to more than 51,000. The cloud-based POS and e-commerce software company also acquired iKentoo, a Switzerland-based POS solutions provider for small and medium-sized businesses. During the company’s Q4 and annual financial report in May, it also announced its acquisition of Chronogolf, which uses Lightspeed’s retail and restaurant platform to offer a golf course management solution.

Lightspeed officially went public on the Toronto Stock Exchange in March, accelerating the company to unicorn status. Since then, Lightspeed has been named CIX 2019 Innovator of the Year, and officially launched its loyalty program globally thanks to its acquisition of Toronto-based ReUp.

For the second quarter of 2020, Lightspeed predicts revenue ranging between $26.5 million and $27 million, representing year-over-year growth between 42 and 45 percent. Cash flows used in operating activities of approximately $5 million. For the full fiscal year in 2020, the company pegged revenue between $112 million and $115 million, which would signify an annual growth of 45 to 48 percent, with cash flow used in operating activities sitting between $9.5 million and $11 million.

“We are pleased with our first quarter performance which demonstrates continued progress across all of the important areas of the business,” said Brandon Nussey, CFO of Lightspeed. “Our investments continue to drive strong new customer additions, and we continue to see highly encouraging signs during the initial rollout year of Lightspeed Payments, helping to provide a positive backdrop to our higher overall growth expectations for the year.”

Front Row Ventures is making its pre-accelerator program, the Women Founders Project, virtual after pausing the program earlier this year due to COVID-19. The…