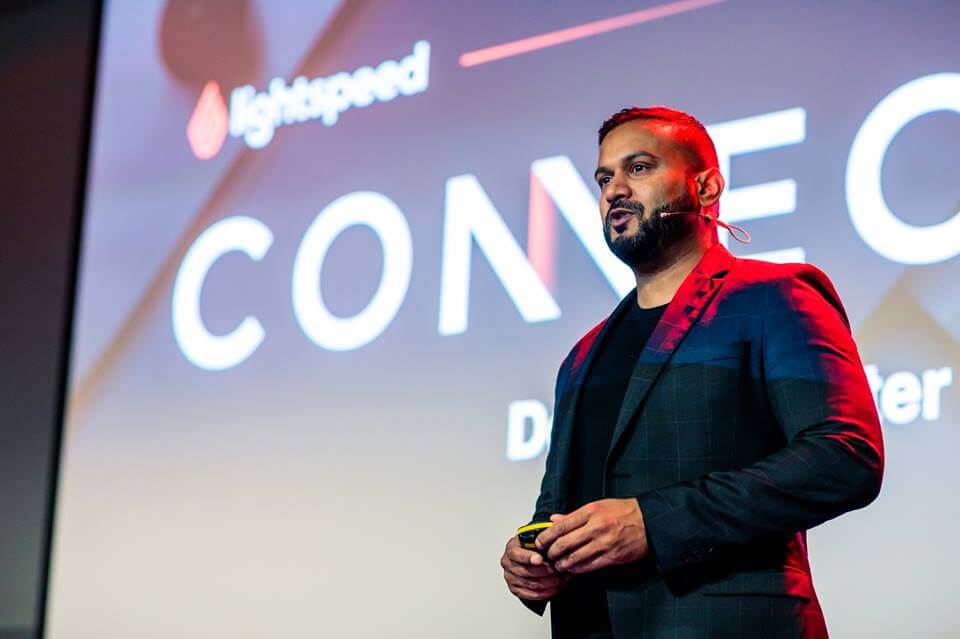 Lightspeed POS is partnering with global payments platform Stripe as part of the extended launch of its own payments product.

On Thursday, Lightspeed announced the initial availability of its Lightspeed Payments product for both retailers and restaurateurs in Canada and the United States (US). Previously available in the US for the past year, Lightspeed Payments is now accessible for merchants in both countries. The idea behind the new offering is to eliminate the need for Lightspeed customers to integrate a separate payments provider.

“This is an important part of the [Lightspeed] story.”
– Dax Dasilva, Lightspeed

“We consider Lightspeed to be a one stop shop for our merchants, and [Lightspeed Payments] has allowed us to remove friction,” Dax Dasilva, founder and CEO of Lightspeed told BetaKit. “So this is one team that is offering the point of sale and all of the modules, as well as all the payments, we’re selling and supporting it.”

Lightspeed’s payment product is a significant move for the company. Prior to the payment offering, Lightspeed customers had to rely on a third-party payments provider to integrate with their Lightspeed products. This transition means the cloud-based point of sale (POS) provider is moving into the payment space, which offers massive market opportunities. In 2017 alone, the global payments industry topped $1.9 trillion in revenue.

Montreal-based Lightspeed entered the payments provider space mere months before going public on the TSX in March. In its Q2 2020 financial results, Lightspeed reported $25.4 million USD in combined recurring software and payments revenue, an increase of 52 percent from the previous quarter. The company also noted the growth of its payments offering, stating that it was happy with the adoption among its customers.

Dasilva called Lightspeed’s payment product another key component for enticing retailers to move their POS systems to cloud-based offerings. It is the latest in a string of products moving the company closer to disrupting a market that is saturated and still dominated by legacy companies.

“As customers are moving off legacy systems … being able to offer one solution that answers all of their needs is an important evolution,” he told BetaKit. “Adding payments is another area of simplification in a very complex consumer environment … so I think this is an important part of the [Lightspeed] story.”

Lightspeed’s payment product is already available in beta for some customers in the region, and Thursday’s announcement will see the company begin to expand the product’s availability, which is where the partnership with Stripe comes in.

San Francisco-based Stripe was not initially involved in the first roll out of Lightspeed Payments. Dasilva explained to BetaKit that once Lightspeed set out to expand the offering it decided to team up with Stripe.

Founded in 2010, Stripe has developed software to help startups and enterprises accept online payments and with other financial operations. The company’s products include payments, billing, analytics, fraud prevention, and more. Stripe’s prolific software is used worldwide by the likes of Apple Pay, Google Pay, Shopify, Salesforce, Lyft, and more.

Lightspeed and Stripe worked for the past three months integrating a number of Stripe’s payment software offerings into Lightspeed Payments. Lightspeed has integrated Stripe Connect, the company’s product for marketplaces and online platforms, and Stripe Terminal, which allows for programmable in-person payments. The integration is meant to increase the number of payment processing options for Lightspeed customers and make it easier for them to accept in-store payments.

While Lightspeed partnered with Stripe to develop some of the payment features, Dasilva called Lightspeed’s development of the product a new phase for the company.

He noted that Lightspeed is moving out of the “partnering phase” – where it relied on third-party payments providers – and into creating its own payment offerings. Since the company was founded in 2005, it has quickly moved beyond simply POS and its current list of products include loyalty programs, analytics, accounting, and hardware. Dasilva noted that there may be opportunities for Lightspeed and Stripe to expand their partnership in the future.

Headquartered in Montreal, Lightspeed recently opened an office in Toronto, which houses an operations team that is helping with the expansion of Lightspeed Payments in North America. Speaking with BetaKit about the new space, Dasilva noted that being close to Toronto’s prominent financial sector was one key reason the company decided to open the office.

On Thursday, Lightspeed also announced the financial results for its third quarter of 2020, the three month period that ended December 31, 2019. Total revenue amounted to $32.3 million USD (all following numbers USD), a year over year increase of 61 percent. Recurring software and payments revenue totalled $28.4 million, compared to $25.4 million in Q2. The company also reported net losses of $15.8 million as compared to a net loss of $71.1 million, and as of December 31 holds $126.7 million in cash and cash equivalents.

Lightspeed predicts its Q4 2020 results to bring in revenues of $35 to $35.7 million, bringing the full-year revenue to approximately $120 million, which would mean growth of 55 percent.