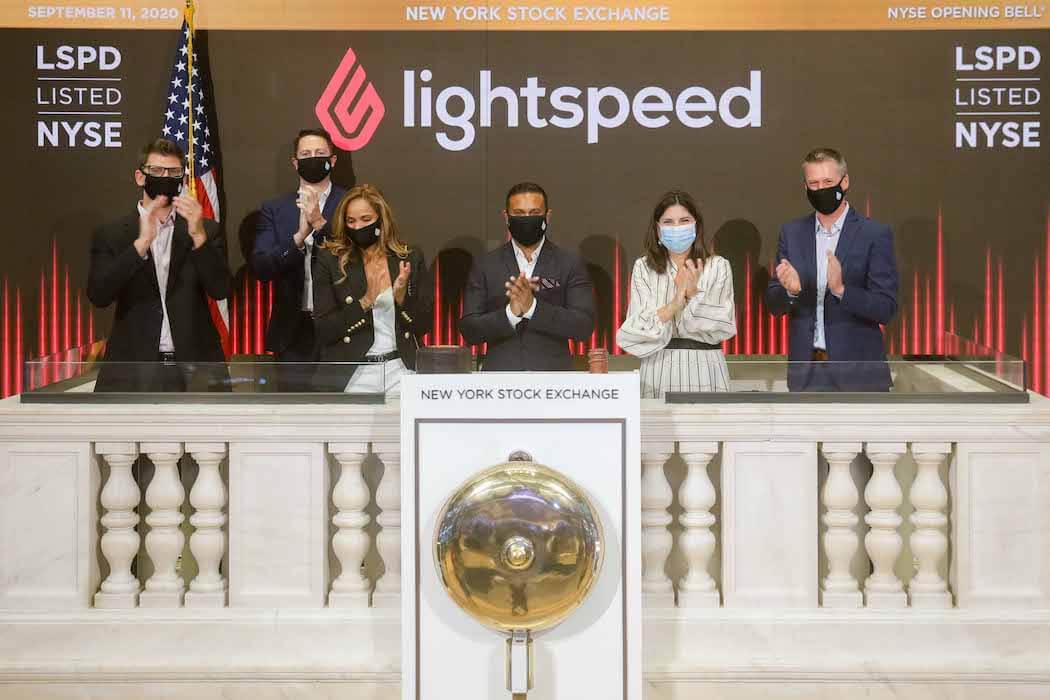 Lightspeed is hoping to take advantage of the intensified shift to omnichannel, and e-commerce due to the COVID-19 pandemic with its recent New York Stock Exchange (NYSE) listing.

Following the Montreal company’s official listing on the NYSE on Friday morning, BetaKit spoke with Lightspeed founder and CEO Dax Dasilva who discussed the “moment of opportunity” he sees for his company, its goal to raise its profile and reach in the United States, and more.

“We’re seeing a real moment of opportunity for the company.”
– Dax Dasilva, CEO of Lightspeed

Lightspeed’s listing on the American exchange follows a year and a half after the company officially went public on the Toronto Stock Exchange (TSX). Dasilva told BetaKit Lightspeed listing on the NYSE had always been a consideration for the company following going public in Canada, but noted that the decision to officially pursue the second IPO was made during the company’s August board meeting.

Dasilva stated that many of Lightspeed’s investors encouraged the company to list on the NYSE to increase brand awareness in the US and to make it more accessible to American investors. Upon listing, Lightspeed pulled in proceeds of $305 million USD, as its underwriters agreed to purchase an aggregate of 10 million subordinate voting shares.

“We’re seeing a real moment of opportunity for the company,” Dasilva stated. “We think that listing in the US … enables us to really bolster our go-to-market, as well as we’re going to accelerate product development, especially in the area of omnichannel, and it helps us consolidate a fragmented market through M&A activity.”

The CEO pointed to that “moment of opportunity” being brought on by the COVID-19 pandemic, which has seen many businesses, of all sizes, flocking to e-commerce as a way to stay afloat. Shopify, for example, has seen more merchants join its platform than ever before during the pandemic, becoming one of the top most valuable companies in Canada in the process.

Lightspeed provides cloud-based point-of-sale (POS) and commerce software, and has long focused on creating an omnichannel experience that combines in-store and online for its main customer base, small businesses.

“We’ve shown in the last two quarters is that our solutions are needed more than ever.”

While the company reported strong year-over-year growth in fiscal first-quarter 2021, which ended June 30, 2020, it also faced flat revenue and customer growth due to the COVID-19 pandemic. In its filings for the NYSE listing, Lightspeed noted that the COVID-19 pandemic “is adversely affecting and is expected to continue to adversely affect” its business. Lightspeed cited a challenging economic environment for small businesses, notably retail and hospitality customers.

Dasilva argued that despite some churn in customers due to business failing, Lightspeed has gained new customers during the COVID-19 pandemic. He argued that where the current opportunity really lies for Lightspeed is in the shift to omnichannel commerce.

“As we navigate this pandemic … we’ve seen an acceleration in omnichannel, [which] we’ve been talking about for the past five years in terms of systems that are able to help merchants bridge physical experiences with the digital commerce,” he said, noting that the timeline of companies transitioning has been accelerated by three to five years. “[That is] simply by the fact that merchants today need to have both in order to be able to continue to get to transact with our customers.”

Dasilva also argued that the pandemic is enabling Lightspeed to more quickly edge out legacy POS and commerce systems, which has long been a challenge for the company. The CEO told BetaKit, of late, Lightspeed is seeing customers convert to Lightspeed’s offerings from legacy systems “because they just can’t connect to contactless payments or curbside pickup or e-commerce or delivery without those things being separate silos.”

Part of Lightspeed’s plans for the capital raised through the NYSE IPO is to grow its retail and hospitality business in the US. Dasilva noted that, currently, approximately half of Lightspeed’s retail customers are based in the US, while Europe, Australia, and New Zealand dominate in hospitality. Despite the company’s concerns around challenging environments created by COVID-19 for the verticals, Dasilva sees opportunity to grow both in North America.

“We’ve shown in the last two quarters is that our solutions are needed more than ever,” Dasilva told BetaKit. “We’re a company that’s gaining momentum from this shift to omnichannel systems.”

Of late, Lightspeed has also been expanding from its POS roots. Earlier this year, it teamed up with global payments platform Stripe to launch its own payments product, later announcing a new loan offering for small-and-medium-sized businesses.

Dasilva noted that Lightspeed’s move into the payment facilitator space has garnered interest from investors and called the success of Lightspeed Capital and Lightspeed Payments a key reason the company decided to list in the US at this time. Lightspeed currently has plans to make its payment offerings available for more of its customer base.

Lightspeed is also looking to continue on its path of a strong merger and acquisition strategy. The CEO noted to BetaKit that the company is constantly in talks to expand into three specific verticals through M&A, new capabilities, new verticals and new geographies.

Vancouver 24 Hrs, one of a couple free dailies in Vancouver, has named Next 36 alum and current Needle HR CEO Michael Cheng as…