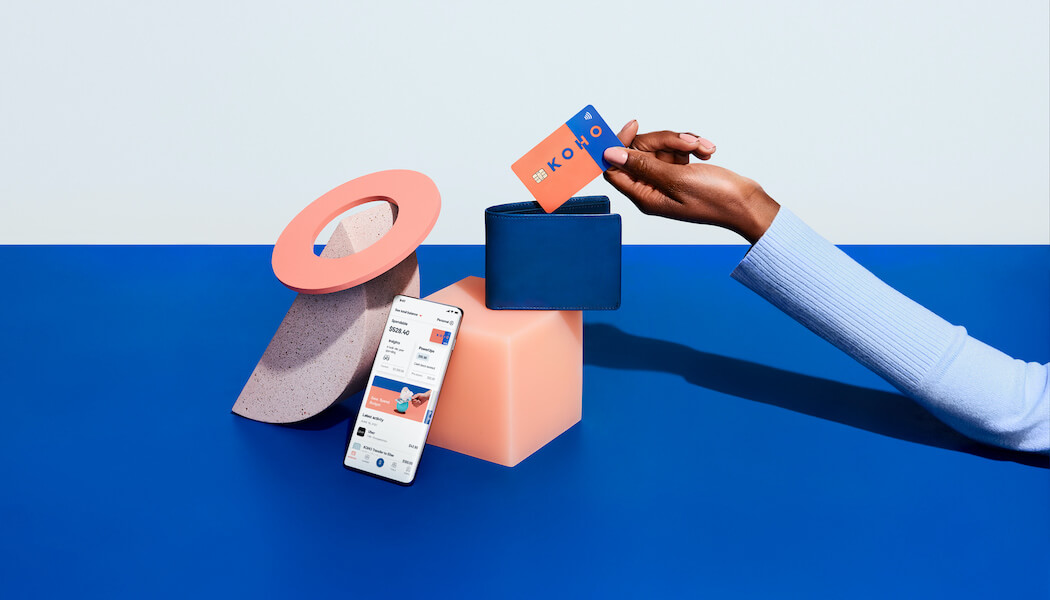 FinTech startup Koho has expanded its services, and is now offering Instant Pay, as well as overdraft protection.

The company describes Instant Pay as a free payroll benefit that gives employees on-demand access to their pay. Instead of waiting for their paycheck every two weeks, employees can now cash out up to 50 percent of their pay earned every workday on a daily basis.

Instant Pay is an offshoot of Koho’s partnership with staffing startup Hyr to give Hyr users early access to their paycheck and government payments at no cost to the user.

Instant Pay minimizes the need for Canadians to rely on payday loans, and avoid high-interest payments, and provides flexibility for unforeseen expenses, according to the FinTech startup.

The company also rolled out its new overdraft protection, Cover Me, to a limited number of Koho users in late September, and said a full launch is scheduled for the near future.

To get overdraft protection, users opt into the service for $5 per month. Koho recollects the overdraft funds used at the month’s end. The company is charging zero interest on the overdraft.

By comparison, the federal government notes that banks charge an annual interest rate of 19 to 22 percent for overdraft protection.

Koho doesn’t require a credit check for the overdraft, and there’s no application process.

Koho founder and CEO Dan Eberhard told BetaKit that lower and middle-income Canadians are underserved, and that his company is in the business of democratizing wealth creation in Canada.

Eberhard noted two-thirds of Canadians go from paycheck to paycheck, and he said there’s a payday lender on every corner. And Eberhard called the two-week lag between work and the pay for it crazy.

“That’s an enormous opportunity to create value and stability in folk’s lives, and so we think that the time between when you work, and when you receive the benefit of that is going to go basically to zero,” Eberhard said.

The $70 million is being used to increase awareness of Koho’s current products, which Eberhard said position Koho well in the market, but are still in the early days of macro adoption.

Koho has nearly doubled its customer base since the beginning of 2019, gaining more than 375,000 users. The startup handles $2 billion a year in transaction volume and Eberhard claimed Koho is set to triple its revenue again in 2021.

In the last few years, Koho has launched a savings account, and a credit building product to go with its spending account product. The series of product offerings give the FinTech startup the core services consumers expect from a traditional financial institution, and set Koho up to compete in that market.

In fact, Koho has previously laid claim to being Canada’s leading challenger bank, although it continues to face competition from both legacy banks, and startup FinTechs like Neo Financial. Nor has the lack of government regulation around open banking helped the company.

Eberhard said it was encouraging to see both the Liberals and Conservatives make open banking part of their platforms.

“I think it’s in service of what I think we all want, which is a much more competitive banking environment … and the current framework for that is not conducive to it. I think consumers have been shown to benefit over and over again from competition,” he said.

When it released its report in August, the Advisory Committee on Open Banking said the government should move forward quickly to put in place a hybrid, made-in-Canada system of open banking. They call for it to be introduced in phases.

The first phase would include the design and implementation of the “initial low-risk opening banking system.” The second phase would involve the evolution and ongoing administration of that system.

Ernst & Young’s Global FinTech Adoption Index for 2019 found that FinTech adoption in Canada had increased from 18 percent to 50 percent since 2017. Reasons listed as driving consumers to FinTech services include better rates and fees, ease of setting up an account, and more innovative products and services – all things that FinTechs like Koho, Neo Financial, Wealthsimple, and others tout as key to their offerings.