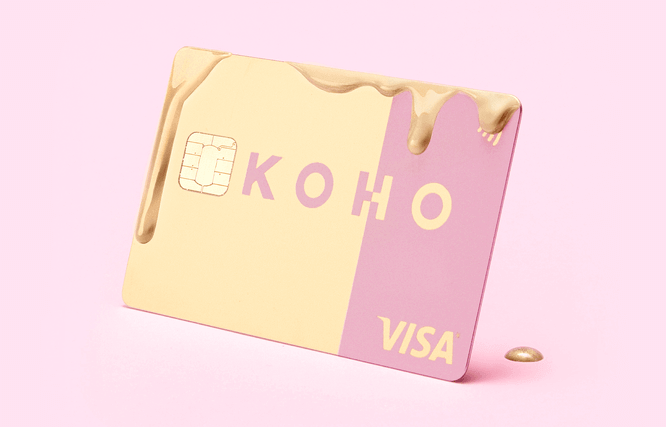 Koho officially launched its new metal credit cards on Thursday, making the new product available to some of the tens of thousands of consumers that signed up for the waitlist.

Fully launching its waitlist at the beginning of Q4, Koho has seen around 80,000 interested consumers sign on, with 48 percent of those being net new leads for the FinTech company. The metal cards are Koho’s latest addition to its line of financial products that are geared towards a millennial audience, and come on the heels of a recent $25 million Series B extension. The startup, launched in 2017, positions itself as an alternative to traditional banking in Canada.

BetaKit spoke with Koho founder and CEO Daniel Eberhard and Julia Cooper, the company’s manager of growth and marketing, about how the metal cards fit into Koho’s broader play as a Canadian challenger bank.

The launch of Koho’s metal Visa card, which Cooper said was developed at the request of users, follows in the footsteps of fellow challenger banks like Monzo and Revolut. The UK FinTech startups have announced their own metal cards this year, with the cards becoming something of a trend in the region.

“Democratizing interesting financial products that consumers want was really at the heart of the choice to go ahead with the project,” explained Cooper.

With the slogan “millionaire is a state of mind” Koho has positioned the metal cards as a luxury item – often reserved for rich elites – that is now available at the prepaid card level.

“What the marketing campaign has tried to play off is just how malleable the idea of wealth is for our generation,” said Cooper.

“Getting eyeballs, competing with banks’ budgets is really, really difficult.”

“Underneath this is the notion that historically, anything that we feel historically [is] only reserved for the wealthy, [Koho is] going to try and make available to everybody,” added Eberhard.

Highly promoted on its website and social media, the waitlist for the metal cards was meant to encourage current Koho users to refer friends to Koho, giving those users the chance to “jump the line” to receive one of the 159 free metal cards, with winners notified on Thursday.

Cooper noted that the metal card has become a positive acquisition tool for Koho, just as the startup had hoped. At least 48 percent of the 80,000 consumers on the waitlist are net new leads, something Eberhard called a high number for Koho.

As a challenger bank competing against incumbent financial institutions, like Canada’s entrenched ‘Big Five Banks,’ FinTech startups like Koho have to come up with unique ways to attract Canadian consumers, which have historically been reluctant to adopt new digital financial services.

“The only way to recapture our value and make this [metal card] work and sustainable, was that it also brought growth for the company,” Eberhard said. “We have best in class retention and engagement, and once people get in the door with Koho them seem to see a lot of value, but getting eyeballs, competing with banks’ budgets is really, really difficult. So this was kind of a creative way to approach that problem.”

Not all those who signed up for the waitlist will receive cards, however. The launch of the card on Thursday saw the top 159 people on the list receive a free version, with Koho making the rest of the cards available for the price of $159 on its app. Consumers can also purchase the card for $50 if they refer, or have referred, two friends. The 159 number was chosen specifically by Koho to reflect what the company has touted as the average bank fees Canadians typically have to pay per year. Koho has not revealed how many cards will ultimately be made available.

“It’s symbolic and emblematic of the different generation, in terms of how they think about finances and traditional notions of wealth, and traditional established approaches to it,” said Eberhard. “This is much more about the individual and community, and things we think are more reflective of our user base”