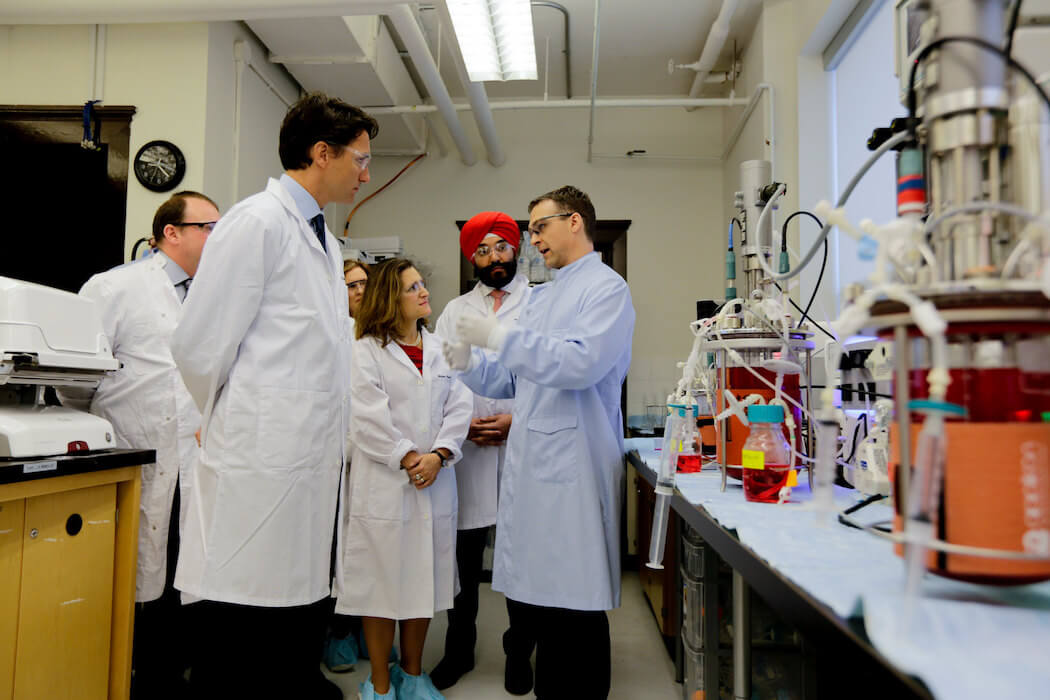 Prime Minister Justin Trudeau is set to announce the new funding during his Friday briefing, alongside Minister of Innovation, Science, and Industry, Navdeep Bains.

Members of Canada’s tech community have been calling for an increase in funding to the program since mid-summer when the entirety of the $250 million had been committed. They called on the federal government to extend the program, which they called critical for startups, similarly to its additional commitments to CEWS.

Until now, there had been no word on whether IRAP IAP would see any additional funding. Though, in a July interview for BetaKit’s Black Swan podcast, Bains indicated an openness to extending IRAP IAP, saying it “would make a lot of sense.” Bains also noted at the time he was working closely with then-Finance Minister Bill Morneau to advance the IRAP IAP initiative.

“It’s about keeping Canadian talent here in canda, it’s about investing in our number one resource,” Bains said on Friday.

According to details from the NRC, the additional $155 million is for existing recipients that qualified and received IAP funding during the period of April 1 to June 23. There has been no indication that companies that did not originally receive IRAP IAP funding will be able to access the capital.

NRC noted that existing recipients will receive funding “on a priority basis.” It will be available retroactively for the period of June 24 through December 19, 2020. Similarly to the recent changes to CEWS, IRAP IAP will apply on a declining scale of support, meaning the maximum benefit will gradually decline as the program progresses.

More than 4,200 companies from across Canada applied for IRAP IAP earlier this year. IRAP vice president David Lisk told BetaKit in June that seventy percent (2,967) of those companies were qualified to move forward in the funding process. Overall, more than 2,200 companies received support from the program, which the federal government claimed helped more than 24,000 jobs.

On Friday, Trudeau and Bains are also set to announce close to $28 million will be allotted to the Canada Foundation for Innovation’s (CFI) Exceptional Opportunities Fund to support research infrastructure.

The funding is meant to cover the urgent need for equipment for ongoing research related to COVID-19. It is set to support 79 projects at 52 universities and research hospitals, colleges, polytechnics and Cégeps across Canada.

“We believe Vancouver is a place that offers an exciting environment for growth-oriented companies.” – Sean Elbe, Vancouver Economic Commission. According to Elbe, the…