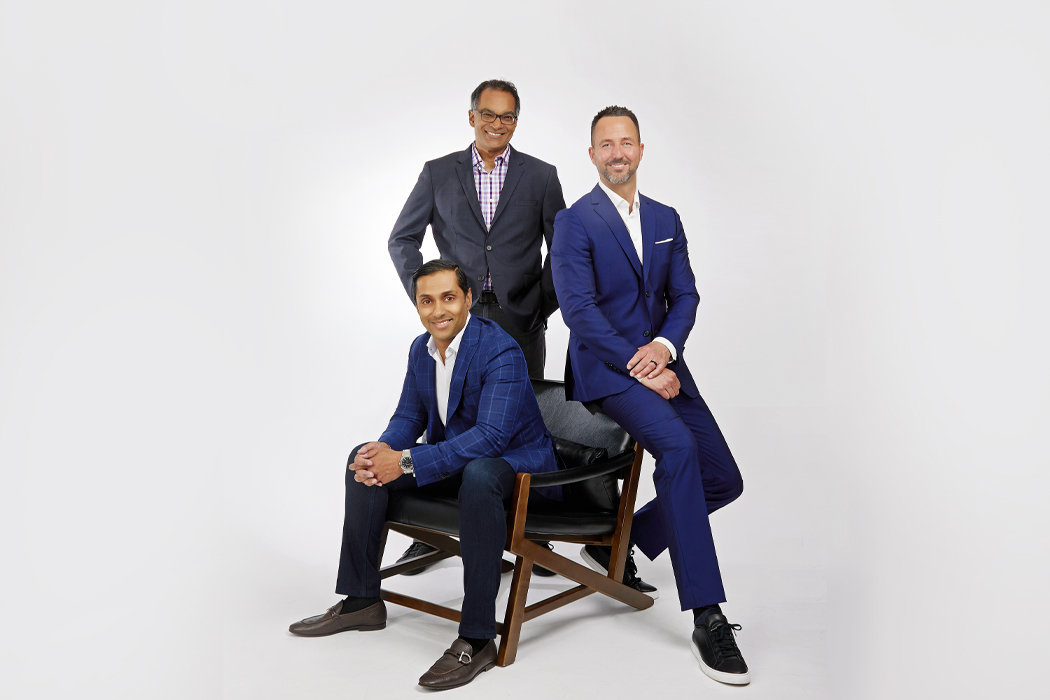 INTELIGHT Innovations has received approximately $2.2 million CAD in public and private funding to support the development of its smart, lighting-based infrastructure platform.

The funding consists of about $737,000 CAD from the Government of Ontario through the Autonomous Vehicle Innovation Network (AVIN), and industry contributions of $1.47 million from Microsoft, Arrow ECS, and other private sources. This financing backs a two-year pilot project that will see INTELIGHT develop and test its platform in Innisfil.

“It didn’t take very long before we recognized that lighting just happened to have this fantastic physical vantage point to do other things.”
-Jason Lightfoot, co-founder of INTELIGHT

Through the 24-month-long project, Mississauga-based tech startup INTELIGHT hopes to help shape the future of intelligent transportation systems and smart communities. Dimithri Pieris, INTELIGHT’s co-founder, told BetaKit the company already has its minimum viable product ready, and, through the project, aims to make its solution commercial-ready.

INTELIGHT was co-founded by Pieris and Jason Lightfoot in August 2020. The company is currently building a IoT software and hardware solution that leverages LED tech, adaptive control, and integrated communication in streetlighting networks, and is designed to assess and respond to real-time events in public spaces.

The company aims to develop its “converged technology” platform to improve hazard detection, road safety, and continuous connectivity for connected and autonomous vehicles.

25 years ago, prior to launching INTELIGHT, Lightfoot founded CONXCORP, a lighting and communications manufacturing company, where he said he became involved with “the early days of IoT and smart infrastructure.”

CONXCORP began as a tech firm that transitioned into LED lighting after noticing a demand for it. Lightfoot claimed it outfitted the entire city Mississauga with its LED street lights.

“It didn’t take very long before we recognized that lighting just happened to have this fantastic physical vantage point to do other things,” Lightfoot told BetaKit.

Lightfoot and Pieris formed INTELIGHT to take this idea and run with it, and built an LED light-based apparatus, which Lightfoot refers to as “an app-driven platform that controls a converged piece of technology that sits on top of lighting.”

Regarding the AVIN investment, Lightfoot said, “there was mutual interest in how INTELIGHT’s technology could satisfy challenges within the autonomous vehicle space.”

“A lot of times, sitting down with Innisfil and these municipal types of partners, they start recognizing, ‘hey, we’ve always wanted to do X, Y, and Z, but we’ve never thought it was possible because of either logistical budget constraints or lack of connectivity infrastructure,” said Lightfoot, who sees an “endless” amount of potential applications for his company’s tech.

Before these applications can be realized, Lightfoot said there are a handful of common challenges that need to be addressed related to access to power, connectivity, vantage point, disparate systems, and right-of-way, which concerns when the ideal location for INTELIGHT’s platform is private property not owned by the client.

Innisfil offers a municipal space for INTELIGHT to test its tech. “We have a very competent, forward-thinking partner who is going to showcase it in a real-world environment,” said Lightfoot. “And as part of that, we’re going to get first-hand feedback.”

The town’s mayor, Lynn Dollin, said “[the project] will produce some real benefits for our community – namely, increased connectivity, better management of our resources and creating safer roadways and sidewalks.”

Innisfil has piloted a number of innovative initiatives over the past four years, including a partnership with Coinberry to accept cryptocurrency, a ridesharing transit pilot with Uber, and the launch of a virtual incubator program with DMZ.

In 2017, Ontario launched AVIN, investing $80 million over five years into the Ontario Centre of Innovation-led program, which aims to build partnerships across the province to develop autonomous vehicle-related tech. The INTELIGHT project is another in a series of recent AVIN-funded initiatives, a list that includes a trio of Toronto-based companies: Almon, NuPort Robotics, and Gatik.

Slack CEO Stewart Butterfield comes across as a straight-shooter. The same day his company announced that it had raised $160 million dollars, The New…