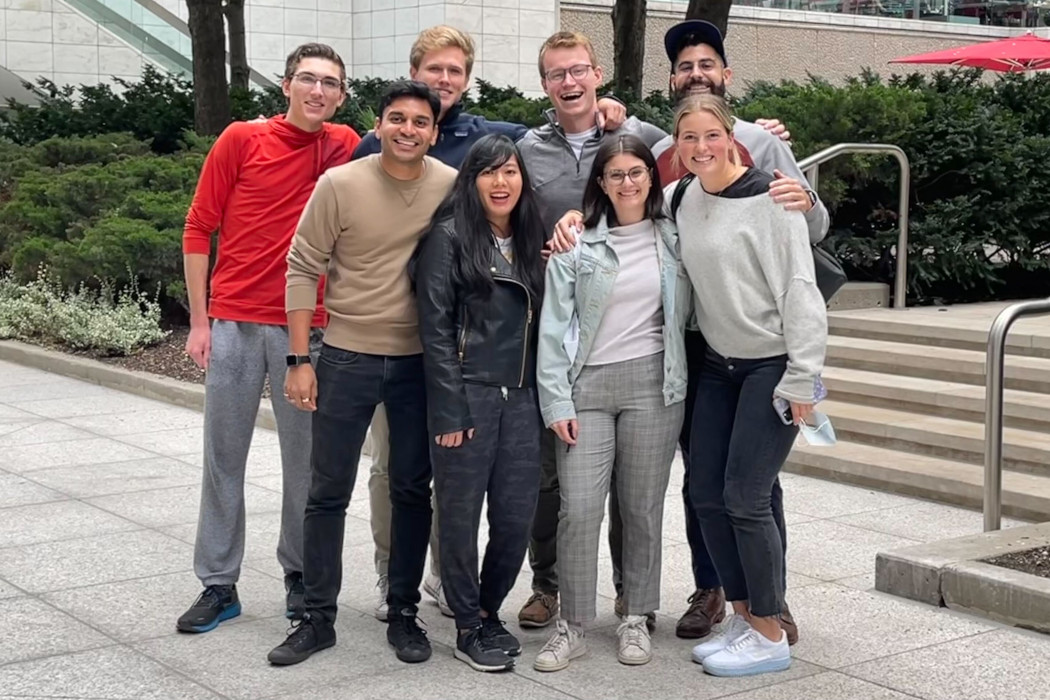 Toronto-based Phonic has secured $2.76 million CAD ($2.2 million USD) in seed financing to bolster its newly launched voice and video survey platform, as it looks to take advantage of COVID-19’s impact on how research is conducted.

The all-equity round, which closed in July, was led by Seattle-based Tola Capital and supported by Supernode Global, Y Combinator, Zillionize, Remus Capital, and other undisclosed investors. The new capital brings Phonic’s total funding to date to nearly $3 million CAD.

“When COVID struck, we just decided this was going to be the new norm.”
-David Ferris, Phonic’s CEO and co-founder

After testing and developing its software with academics over the past year, Phonic is ready to launch its survey platform to the public and apply its learnings to the consumer research market. Fresh seed funding in hand, Phonic plans to expand its engineering and go-to-market team and invest in product development to build out the artificial intelligence-powered analytics side of its platform.

“I don’t know if we sort of just got lucky, but we’ve been bullish on asynchronous remote voice and video research pre-pandemic, so when COVID struck, we just decided that this was going to be the new norm, and this was something that we could really help enable,” David Ferris, Phonic’s CEO and co-founder, told BetaKit.

Phonic was founded in 2020 by Ferris and CTO Mitchell Catoen, a pair of former Uber and Google engineers from Toronto, who met while studying at the University of Waterloo. The startup aims to help scale academic and consumer research by enabling users to conduct remote and asynchronous voice and video surveys through its software platform, which also provides automated analysis.

Phonic was launched during the pandemic, when in-person interviews grew less feasible. The startup works with two primary types of researchers currently: academic and consumer researchers. Prior to Phonic, Ferris said much of their work took place in person.

The typical live, in-person research interview approach is time-consuming, difficult to scale, and became tough to impossible to execute during COVID-19. Phonic addresses this issue by allowing researchers to conduct structured, qualitative research remotely and asynchronously through pre-recorded videos and audio surveys, enabling them to reach more interviewees and increase their productivity.

Phonic, which graduated from Y Combinator in summer 2020, first launched its platform in beta in August 2020, and has been slowly peeling the beta layers off of its platform over the past year. The startup began by targeting academic research, and has since seen a lot of traction among academics, who Ferris said were hit dramatically by COVID-19, and were the ideal target given that they don’t care about branding and just want a product that works.

The company, which has since grown to serve researchers at over 250 universities, including Stanford, MIT, Harvard, and the University of Toronto, recently surpassed one million total responses through its platform.

After spending the past eight months working on its platform with academics, Phonic has begun applying these insights in the consumer research market, where it has already acquired enterprise customers like Mars and King’s Hawaiian.

“The platform is simultaneously powerful and flexible alike – it’s just as easy to create an audio survey poll of your co-workers as it is to launch and scale a video focus group to hundreds of users,” said Akshay Bhushan, principal at Tola Capital, who is joining Phonic’s board as part of the round.

Ferris said Phonic has built out a platform that can collect all of this data, and now, the company’s product development efforts are focused more on the analysis side, where it sees room to grow.

According to Bhushan, for Tola, Phonic’s focus on analytics is “the cherry on top.”

“Say I want to take an interview and I want to turn it into quantitative data,” said Ferris. “That bridge is coded, and so one of the problems that we’re interested in is how can you automate response coding using machine learning. But there are other problems of that ilk.”

Phonic has seven employees currently, and intends to hire two more in October to support its growth strategy. Ferris said the startup’s plan is to steadily grow as it leads into its Series A round, which he referred to as “not too far away.”

For now, Phonic’s focus is on serving academic and consumer researchers conducting qualitative research, but according to Ferris, the company sees “a ton of really exciting applications” for the sort of tech it’s developing. Ferris said voice and video feedback is already being used in a wide swath of areas ranging from hiring to remote learning, clinical trials, and training evaluations.

“We’re starting in research because we think it’s a good place to start, but we’re aware of these other use-cases, and as a long-term vision, I’m excited about enabling voice and video feedback, anywhere,” said Ferris.