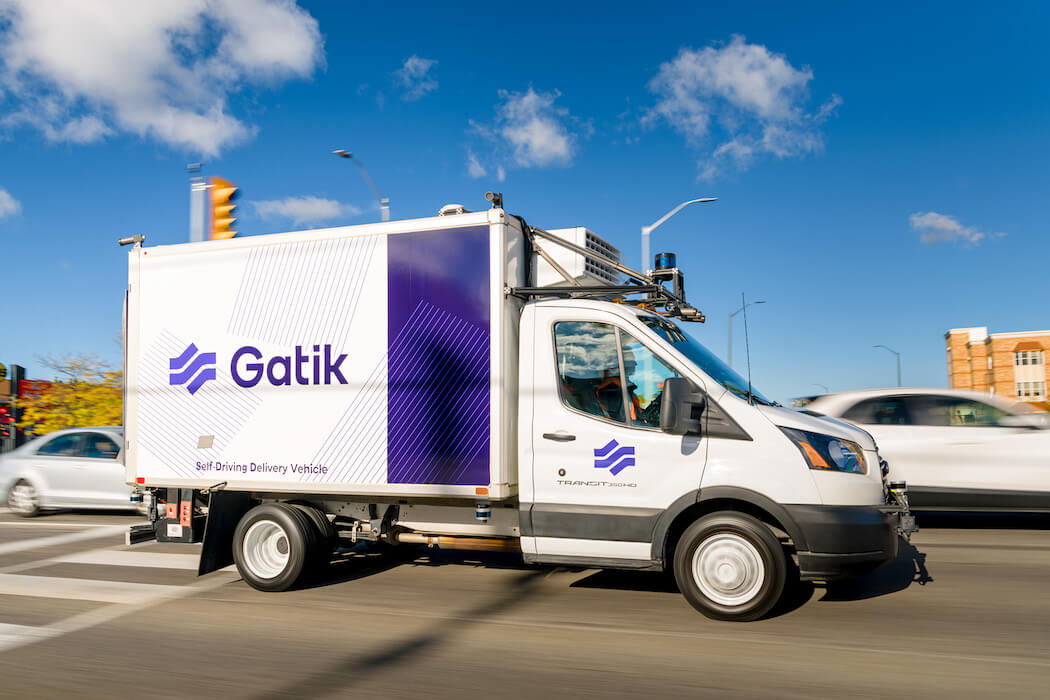 Gatik announced on September 28 that the partnership is part of a strategic investment from Goodyear’s venture capital arm, Goodyear Ventures. The firm participated in Gatik’s recent Series B round where the startup secured $107 million CAD. The amount Goodyear Ventures invested has not been disclosed.

“This investment is a strong strategic fit for Goodyear as we seek to learn more about the implications of autonomous technologies in Middle Mile delivery and logistics.”

Goodyear Ventures is part of the tire company’s focus on innovative technology in the automotive space. Its portfolio companies include AmpUp, Envoy, Starship, and TuSimple, the latter in the trucking industry like Gatik.

Gatik is a Palo Alto and Toronto-based startup, which has developed technology that automates short-haul delivery vehicles, focused on middle-mile delivery for the B2B retail industry. The company was founded in 2017 by CEO Gautam Narang, CTO Arjun Narang, and chief engineer Apeksha Kumavat. The company has attracted the attention of notable retailers in the past four years, including Walmart; Gatik operates a delivery fleet from Walmart’s headquarters in Arkansas.

Investors’ interest in making strategic partnerships with Gatik is not new. Last year, Gatik penned a deal with Canada’s largest food retailer, Loblaw, on what is considered the country’s first autonomous delivery fleet. The deal followed an investment co-led by Loblaw-backed Wittington Ventures.

Earlier this year, Gatik’s oversubscribed Series B round attracted investors like American billionaire Charles Koch, Intact Ventures, and the VC firm of former Google CEO and executive chairman Eric Schmidt. Gatik noted at the time that the deal also included several undisclosed strategic investors, one of which is now revealed to be Goodyear.

A spokesperson for Gatik told BetaKit that other strategic investors are set to be announced “in the coming weeks.”

As part of the Goodyear partnership, Gatik’s medium-duty fleet will use tires equipped with Goodyear’s tire intelligence technology, meant to improve stopping distances and monitor tire pressure in real-time.

“As Gatik commercializes its operations at scale, this collaboration is expected to have a significant impact in reducing fuel and maintenance costs while increasing operational efficiencies for retailers, e-commerce companies and distributors employing Gatik’s autonomous solution,” the company said.

120-year-old Goodyear has clearly turned part of its attention to next-generation technology in the driving space, notably in the trucking industry. Last month, Goodyear announced a strategic collaboration with Plus, a provider of self-driving long-haul trucking technology, which also sees Plus using Goodyear’s connected tires.

Regarding its Gatik investment, Goodyear Ventures managing director Abhijit Ganguly said, “Gatik’s mission to deliver goods safely and efficiently using autonomous vehicles aligns with our investment strategy, making them a great addition to our portfolio, which already includes key autonomous delivery players in the long-haul and last-mile delivery markets. We believe this investment is a strong strategic fit for Goodyear as we seek to learn more about the implications of autonomous technologies in Middle Mile delivery and logistics.”