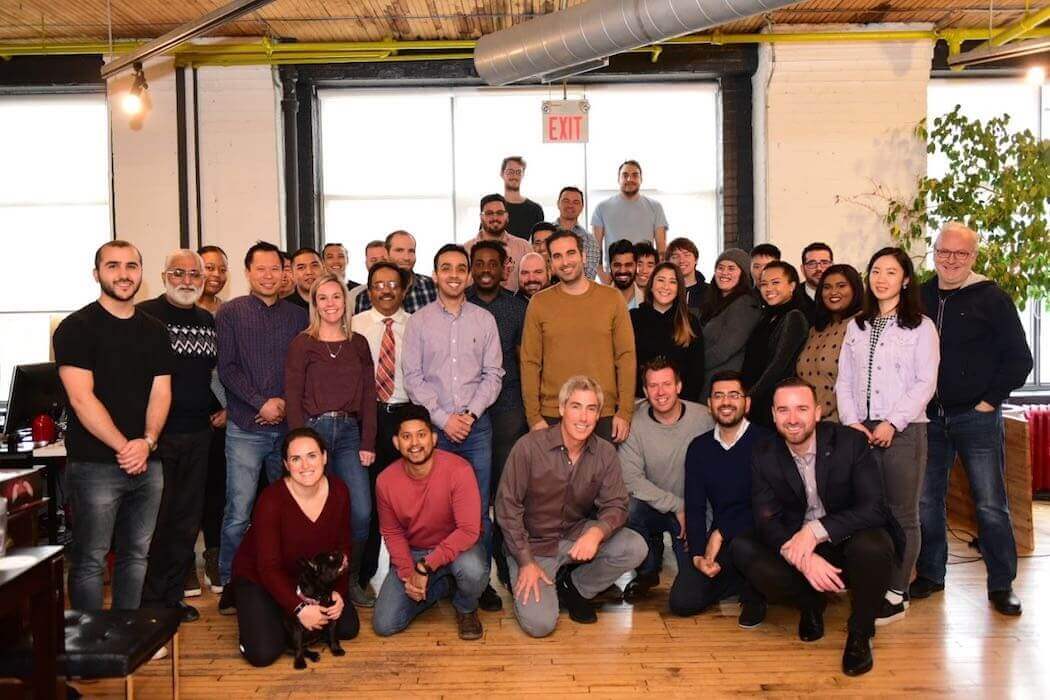 “We prefer profitable, steady growth, rather than ‘growth at all costs’, as unsexy as that may sound.”

As part of the letter of intent, Emerge is raising a $5 million private placement led by Canaccord Genuity and Gravitas, which is expected to close later this week. Emerge expects to complete its agreement with Aumento over the next month. The company also expects to receive TSXV approval to list within 30 to 60 days. CEO Ghassan Halazon claimed the definitive agreement with Aumento will give Emerge a pre-money valuation of $45 million CAD.

“We are in the fortunate position to take EMERGE public during these extraordinary times, in large part due to the strong performance of our COVID-resilient portfolio of e-commerce assets,” Halazon told BetaKit.

“E-commerce is seeing more growth over the last couple of months than it has over the last 10 years,” he added. “As an acquirer and operator of e-commerce assets, we believe going public will assist and accelerate our profitable [merger and acquisition] consolidation strategy.”

Founded in 2015, Emerge has developed an e-commerce network by acquiring and operating niche market leaders in the digital deals space across North America. The company operates in a variety of categories, including groceries, essentials, golf, online subscriptions, retailer coupons and experiences, among other categories.

After consolidating companies in the small-to-mid-market e-commerce landscape, Halazon said its early success allowed Emerge to start acquiring niche market leaders in the broader digital deals and savings space that come with a “proven track record of growth and profitability.” It acquired UnderPar for $12 million in November.

To date, Emerge has largely relied on founders and entrepreneurs, family offices, and Bay Street executives to raise capital. It has worked closely with wealth management firm Gravitas as its banking partner. Clearbanc founder Michele Romanow is Emerge’s shareholder and serves as an advisor. CEO of Indochino, Drew Green, is Emerge’s chairman.

The company has intentionally avoided venture capital, Halazon said, partly because the team wanted to maintain a “straightforward cap table.”

“More importantly, we simply do not subscribe to the Silicon Valley driven ‘Scale or Die’ mantra, which is to say we prefer profitable, steady growth, rather than ‘growth at all costs’, as unsexy as that may sound,” the CEO told BetaKit.

Halazon noted how the COVID-19 pandemic has helped e-commerce reach new heights. Golf was one of the first sectors allowed to reopen in Canadian provinces as COVID-19 restrictions were relaxed, and Halazon told BetaKit that Emerge sold $100,000 in golf-related products on the day of the announcement.

“Online shopping has been a clear winner and Emerge has been fortunate enough to be in a position to draw on its diversified portfolio, quickly repurposing virtual shelves to match consumer demands,” said Halazon.

The CEO said the current plan is to complete another two acquisitions in 2020 with the plan of arriving at more than $10 million in earnings before interest, taxes, depreciation, and amortization over the next 12 to 18 months.

Two Canadian programs have recently announced that new companies or individuals are joining their ranks. Here’s the latest on Canadian tech cohorts.   Safe…