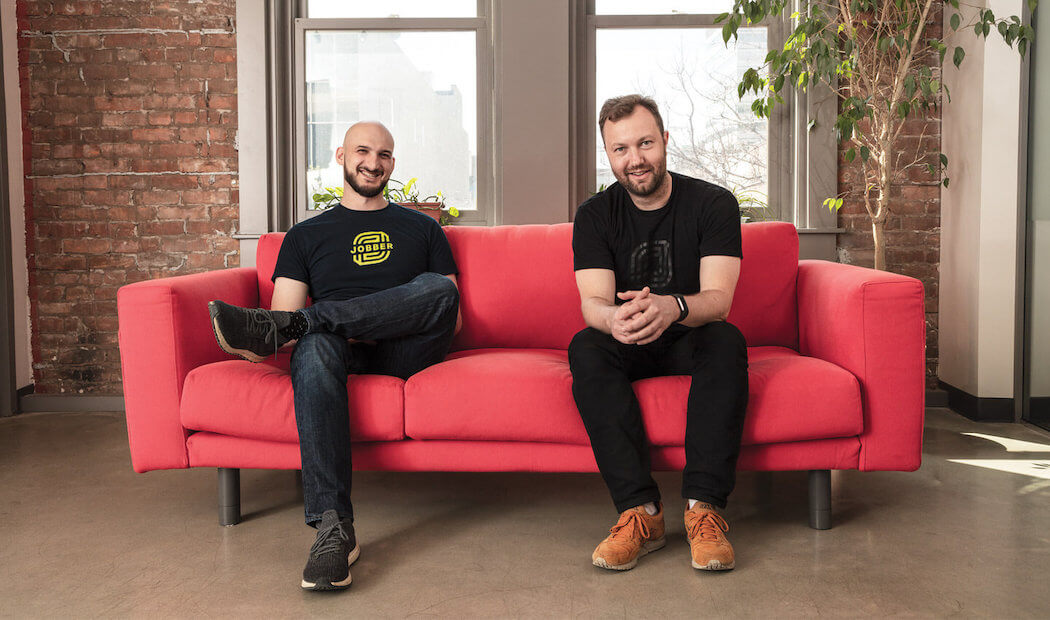 Jobber, the startup on a mission to become a comprehensive software provider for home service businesses, has raised $76 million CAD ($60 million USD) in a growth equity round led by US investment firm Summit Partners.

The financing will be used to continue the growth of Jobber’s software-as-a-service (SaaS) business, which provides management software for the home services sector, companies such as home repair, landscaping and cleaning providers.

“We’ve always known that the opportunity for Jobber is massive.”

The round also saw investment from Tech Pioneers Fund, and longtime Jobber investors Version One Ventures and OMERS Ventures, the latter of which led the startup’s $8 million Series A round in 2015.

The all equity and primary capital funding round represents a significant raise for the 10-year-old Edmonton startup. Prior to the investment, it had raised a total of $16 million USD, including an unannounced, inside round closed in the latter half of 2018, which Jobber co-founder and CEO Sam Pillar classified as the company’s Series B.

Calling the $76 million CAD growth equity round Jobber’s Series C, Pillar told BetaKit his startup is now looking to scale by optimizing on its strong growth over the last decade. Jobber, which focuses on small businesses, records more than 100,000 home service professionals actively using its services across 47 countries. This has reportedly drawn in more than $15 billion in services for its customers.

The company, headquartered in Edmonton and with an office in Toronto, has also grown to a significant size, currently employing more than 250 people. And, 2020 proved to be a “formative year” for the startup. Last year alone, the company hired 100 employees as it increased its recurring revenue by 90 percent.

Jobber’s executive team attributed the growth to increasing digital transformation in the home service industry over the last number of years, something that has only been accelerated by the COVID-19 pandemic.

“Home services are important industries. These are … services that homeowners don’t turn off very easily, and so our customers did very well through the last 10 months,” said Pillar. “Most of these industries have been extremely resilient through the period, and, as a result, [Jobber has] done quite well, as well.”

“We believe the home service category is in the early stages of a significant digital transformation, and Jobber is paving the way for thousands of small and mid-sized services businesses that are working to incorporate digital tools in order to keep pace with customer expectations,” said Colin Mistele, principal at Summit Partners. Mistele joined Jobber’s board of directors as part of the financing deal.

Pillar told BetaKit his company has worked to understand and specifically serve the home service category, with a focus on small businesses, and is now looking to take that to the next level.

Jobber plans to use the financing to continue investing in research and development, sales and marketing, as well as customer acquisition. It also plans to pursue rapid growth, intending to hire 200 more employees on top of its current 250, over the next year.

RELATED: Reports provide snapshot on how small businesses are faring as Canada reopens from COVID-19

While Jobber’s focus is on management software, it has its sights set on becoming a comprehensive software provider for all the things small home service businesses need to operate. In 2017, the startup revealed Jobber Payments, its own white-label payment processing solution. This past year, Jobber reported 80 percent growth in volume for its payments business, having processed a total of $1.7 billion to date.

Over the past number of months, Jobber has also been dabbling in lending. The Edmonton company expanded its existing partnership with Stripe in August, and began offering lending to its customers through Stripe Capital.

The move echoes similar ones by other Canadian startups that work specifically with small businesses. Lightspeed, which provides commerce solutions to small businesses, partnered with Stripe to launch its own loan offering last year, and Shopify has long had Shopify Capital in the United States, most recently launching the lending program in Canada as well.

“We’ve always known that the opportunity for Jobber is massive,” said Pillar. “We’re building a big category-leading company [and] our ambition is to build a Shopify-sized business.”

The story of Canadian banking is often likened to that the mobile industry: reliable, robust, but expensive, with a lack of sufficient competition from…