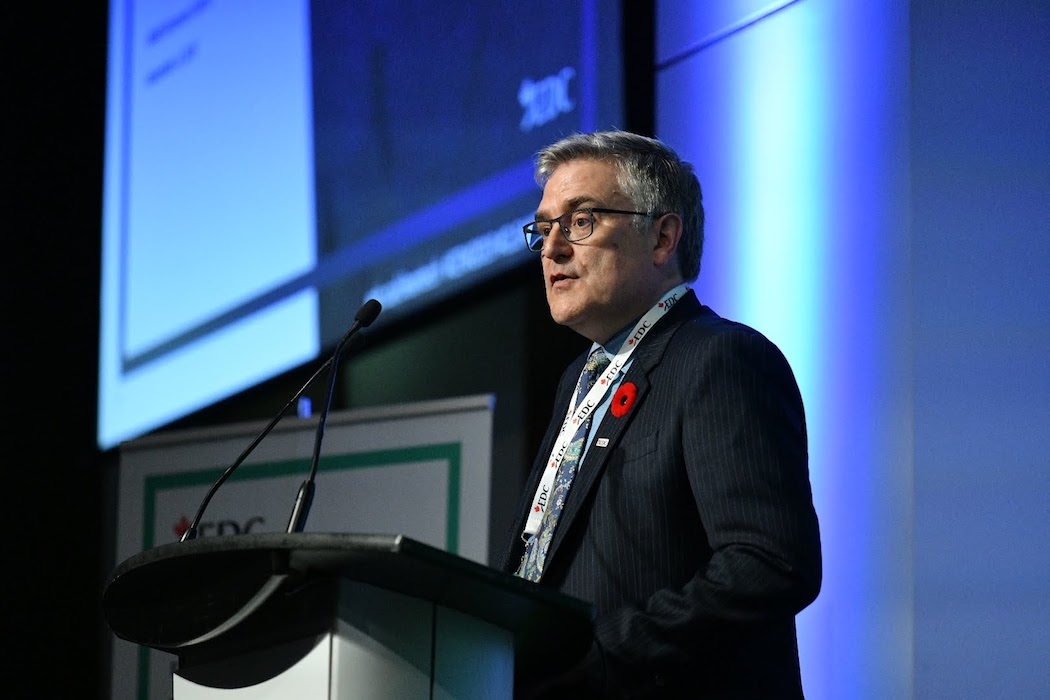 EDC’s executive vice president and chief business officer Carl Burlock told BetaKit the organization is “prepared to put up to” $250 million CAD into the matching program, which it began piloting last month.

“What we’re hearing now from companies is that they’ve been cautious. Now, they’re starting to look at where growth may come from.”

As of June 9, 40 companies have approached EDC about the matching program, 16 have been approved, and five deals closed. EDC told BetaKit less than $15 million in matching investments has been distributed so far.

Since being revealed and trialled in April, several components of the program have been adjusted. Non-exporting companies are now eligible and there is no minimum for how much EDC will invest per deal, although there is a maximum of $5 million CAD.

The program deploys matching capital in companies that are raising funding from the private sector, including institutional investments, venture capital, private equity, and corporate partnerships.

“We’re really pleased with [the program]. It’s part of our role to try and act quickly and to adapt,” Burlock told BetaKit. “These are small, higher growth companies, so it prevents them from losing momentum.”

Burlock said the program has exposed companies to EDC that the Crown corporation may not have otherwise invested in. EDC usually focuses on companies looking to export their products or services outside of Canada, but the organization has opened its investment matching program to both domestic and export-oriented companies. It also broadened the parameters of the program, making a number of technology companies more eligible for funding.

“In a normal course of business, [these companies] had funding plans that were going forward,” he said. “Now we’re able to step in and help some of them close or accelerate those funding plans. There’s quite a nice diversity of different industry segments.”

Some tech startups that have already received commitments from the investment matching program include biometric device company Invixium, which recently raised $3 million in financing. Invixium closed its deal with support from EDC’s matching program.

The investment matching program is additional to EDC’s BCAP offerings.

EDC’s investment matching program is similar to BDC Capital’s Bridge Financing Program, which is also meant to support venture-backed companies with matching investments. According to the Business Development Bank of Canada (BDC) CEO Michael Denham, BDC Capital recently doubled the budget for this program to $300 million. BDC has completed 23 deals worth $45 million, as of June 10. The key difference between the EDC and BDC programs, however, is that BDC Capital will accelerate more capital into General Partners.

EDC’s investment matching program is a follow on to its Business Credit Availability Program (BCAP) offerings, all of which Burlock said were “designed specifically with economic uncertainty in mind.” EDC’s loan guarantee through BCAP gives businesses access to up to $6.25 million CAD in short-term liquidity to cover “critical” expenses. Portions of the BCAP are also being facilitated by BDC.

The investment thesis for the matching program is to join other investors that can lead a funding round. EDC will not lead rounds itself. Since piloting the program in the early spring, Burlock said EDC has learned it was important to “move with speed,” and depend on the companies’ existing investors and their analyses.

“It’s really to bring funds into existing investors or syndicates, so that this allows us to move faster compared to when you lead it yourself and you’re a new investor, and it’s a longer process,” Burlock said.

The EDC executive noted that the value in the investment matching program is that it brings new companies into EDC’s international network, allowing these companies to scale their growth and expansion efforts.

“[The investment matching] also allows us to bring confidence into a round, because what we heard was that companies might have had term sheet [and] they might have been in the process of doing a raise, and then all this economic uncertainty comes around,” Burlock said. “So the fact that we’re able to step in and work with investors brings confidence.”

EDC is willing to work with a number of institutional investors for the program, including existing partners and those it hasn’t yet worked with.

Outside of the investment matching, Burlock said EDC has also seen strong uptake in its accounts receivable insurance program. That program was made more flexible to include SaaS companies and to maintain coverage in situations where a buyer’s credit deteriorates as a result of the pandemic.

Some members of the tech community previously expressed concern that SaaS and other traditional tech companies with revenue below $4 or $5 million would not be able to take advantage of EDC’s COVID relief programs, as they would not traditionally qualify for bank loans or lines of credit. Speaking with BetaKit in April, Burlock said the loan guarantee was designed to be “wide open” in terms of criteria.

“Initially, there was a tremendous amount of uncertainty,” Burlock said. “I think there’s still uncertainty in terms of where the global economy is going to go. What we’re hearing now from companies is that they’ve been cautious. Now, they’re starting to look at where growth may come from.”

Bitcoin will be getting a whole lot easier and more secure to use later this year. Bionym announced today that the first application for…