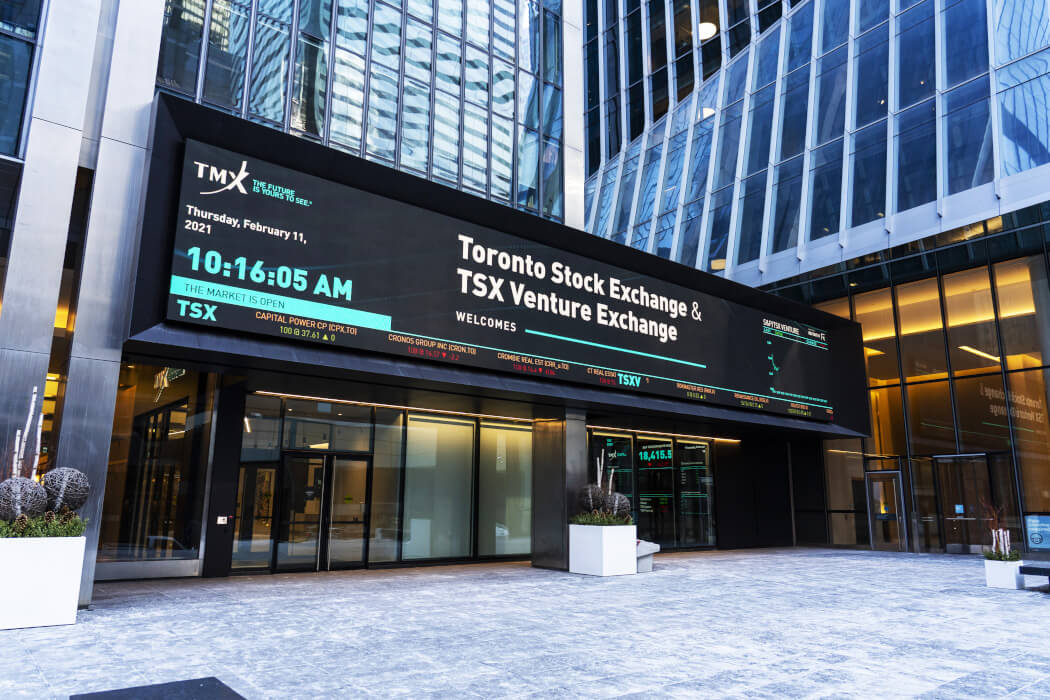 Kitchener-Waterloo-based EdTech company D2L began trading under the symbol ‘DTOL,’ generating $150 million in gross proceeds from its IPO. The offering saw 5.4 million shares by D2L and a secondary offering of 3.3 million shares from the Desire2Learn Employee Stock Trust, with each subordinate voting share priced at $17 CAD.

E Automotive (E Inc) also joined the growing roster of Canadian tech companies that have gone public on the TSX since this summer. It began trading today under the symbol ‘EINC,’ and expects to close its IPO on November 10. The company is offering 5.9 million shares each priced at $23, for gross proceeds of $135.7 million.

UPDATE 10/11/2021: E Inc. has closed its IPO, selling 5.9 million common shares priced at $23 per share. The company generated $135.7 million CAD in gross proceeds. If the over-allotment option is exercised in full, E Inc. could receive an additional $20.35 million.

Since July 2020, the TSX has seen a streak of Canadian tech IPOs. Including E Automotive and D2L, 19 tech firms have gone public on the exchange during this period, compared to 12 in the previous 11 years ending December 2019, according to The Globe and Mail. Despite this trend, the performance of recent Canadian tech IPOs has been mixed, as some, like Q4, have been forced to cut the size and pricing of their offerings, and continue to trade below their issue price.

Ahead of its TSX listing, D2L also reduced the size and pricing of its IPO, originally planning to sell about 9.5 million to 10.5 million shares, with each being sold within the $19 to $21 price range, for about $200 million in potential gross proceeds.

According to The Globe, D2L decided to reduce the size and pricing of its offering in a bid to complete its IPO, better reflect demand for its offering, and incentivize institutions who had agreed to buy in to stay committed.

The underwriters have also been granted an over-allotment option to purchase up to an additional 1,323,750 subordinate voting shares from D2L at a price of $17.00 per share. If the option is exercised in full, D2L would receive $22.5 million in additional capital.

Founded in 1999 by CEO and president John Baker, a then 22-year-old University of Waterloo engineering student, D2L was bootstrapped until 2012, when it secured $80 million in venture financing.

The company is the developer behind Brightspace, a cloud-based software platform for the delivery of courses, learning-based games, and assessments online or in-person. D2L serves 970 K-12, higher education, and corporate customers, comprising over 14 million users across ​​more than 40 countries. D2L’s clients include many of Canada’s universities and colleges.

D2L (formerly Desire2Learn) intends to use the funds from the treasury portion of the offering to “strengthen its financial position and pursue its growth strategies.”

Approximately $20 million CAD of the net proceeds from D2L’s IPO will repay a loan the firm made to a holding company affiliated with Baker earlier this year. The prospectus states this loan was designed to cover $16.6 million in outstanding income tax liabilities connected to a 2012 share distribution that included three of Baker’s siblings, after a 2016 audit by the Canada Revenue Agency. These proceeds will also see these siblings pay $3.6 million in relation to the exercise of D2L share options.

The Toronto-based auto retail company created its digital vehicle marketplace EDealer in 2004, which allows dealers to track vehicle inventory and make it available to potential buyers through a digital showroom. In 2016, E Inc launched EBlock, a live auction platform for car dealers and buyers.

According to E Inc. CEO Jason McClenahan, the company currently has a compounded annual growth rate of 97 percent over the past three years. Its prospectus stated that it generated approximately $1.3 billion USD in gross transaction value in the last 12 months ending on June 30.

McClenahan also states in the prospectus that E Inc. intends to direct its “rapid trajectory of growth” to the United States by introducing new products.

Additionally, the auto retailer also plans to use the proceeds from the IPO to bolster its acquisition strategy. Most recently, it completed its acquisition of Auto Buyline Systems to strengthen its position in the US West Coast, and also bolster its presence in Quebec through the purchases of ESP and TradeHelper.