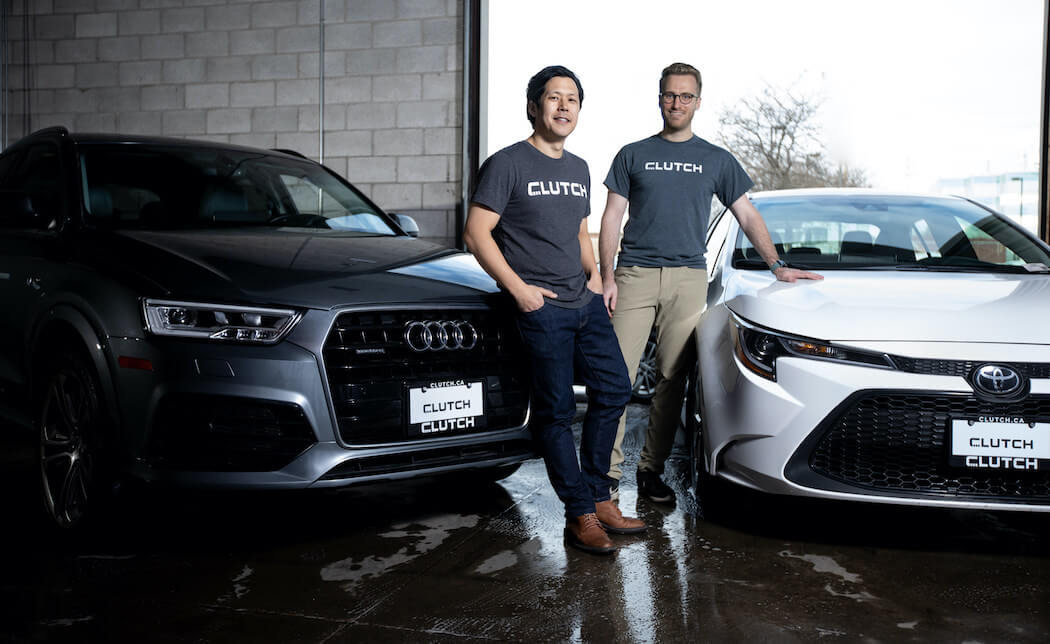 Clutch, an online car retailing startup, got the green light for expansion with $100 million CAD Series B equity financing.

The funds will enable Clutch to beef up its operations in existing markets as well as move into new markets in the coming months. The startup will also expand its product offerings in 2022, and plans to add 200 new members to its team by the end of 2022.

D1 has deep experience in the online used car market, holding investments in leading global companies like Carvana, Cazoo, and Kavak. It also holds a portfolio of some of the biggest global names in technology including Stripe, Instacart, Robinhood, GoPuff, Airtable, SpaceX, Toast, and Warby Parker.

Clutch said the round closed earlier in the year, but did not disclose the date.

The startup currently operates in Alberta, British Columbia, New Brunswick, Nova Scotia, Ontario, and Prince Edward Island. With the most recent funds, Clutch hopes to service 90 percent of Canadians by the end of 2023, with a focus on Canada’s largest population centres.

Clutch describes itself as a vertically-integrated online car retailer for pre-owned vehicles in Canada. Customers can browse a large selection of vehicles at Clutch’s website, and purchase vehicles, along with financing, insurance, and receive home delivery.

The Series B round marks the second big raise this year for Clutch. In March it raised $60 million, which comprised $20 million in equity financing, and $40 million in debt in a Series A round.

Clutch isn’t alone in the online used vehicle market. It faces substantial competition from Canada Drives, an online shopping and delivery startup that received its own $100 million CAD Series B round in August.

Canada Drives also previously raised $100 million in funding in a Series A round in 2019, with Anthos Capital leading the round, according to TechCrunch.

In November, E Automotive closed its IPO, generating $135.7 million CAD in gross proceeds as it went public on the TSX.

E Automotive’s platform provides auto dealers with access to a wholesale auction marketplace
where they can purchase or sell vehicles to other dealers, as well as access software solutions to support dealers’ digital retailing and inventory management.

Founded in 2009, TradeRev has grown from two employees to 700 across North America, and has gone through two funding rounds. In 2017, it was acquired by US-based Kar Auction Services, a platform for wholesale-used car sellers and buyers. In 2021 TradeRev was set to list 400,000 cars and transact more than $2 billion on its platform, according to the startup’s CEO, Mark Endras.

Saskatchewan-based Curbie closed a $7 million seed funding round in July, the largest at the time in Saskatchewan tech history. Curbie intends to use the capital to expand across the prairies.

And in January, Vancouver’s Autozen, an online marketplace for car owners, raised $4.2 million in seed financing from an undisclosed group of investors.

More consumers have been turning to online vehicle purchasing since the pandemic, according to the J.D. Power 2020 U.S. Sales Satisfaction Index.