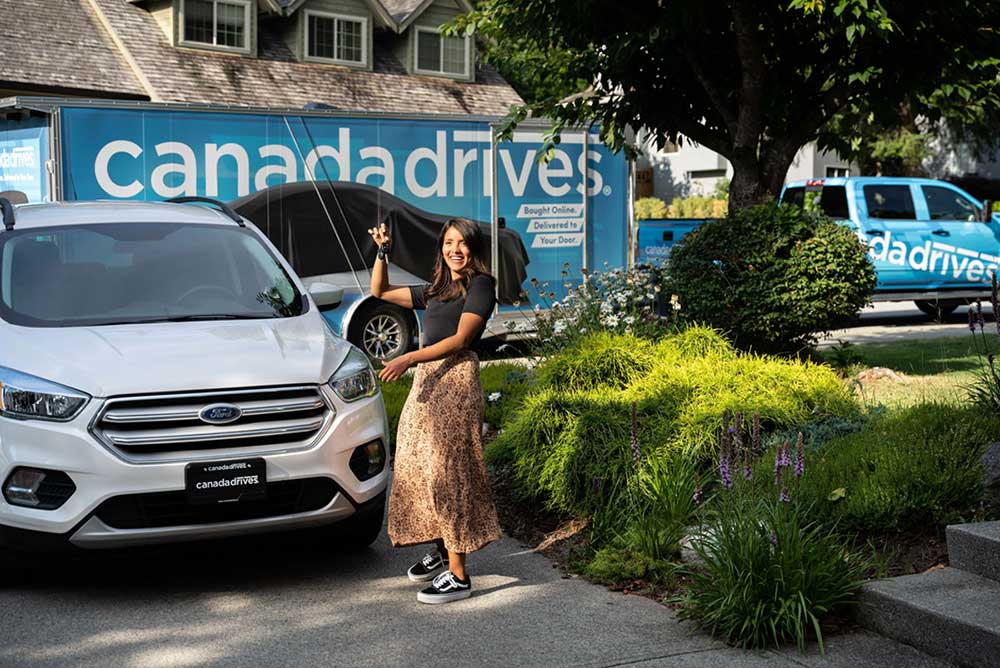 Canada Drives shifted into high gear on August 18 with the announcement that it closed $100 million CAD in funding. San Francisco-based Honor Ventures led the round of funding, with participation from KAR Global and other strategic investors.

The online car shopping and delivery platform said the investment will be used to expand the company across Canada to new markets. The Series B round will help Canada Drives move into the Alberta market, according to a report from TechCrunch.

“This funding will support us in our goal of being able to fully service over 80 percent of Canadians with our car purchasing and delivery service by the end of the year,” Cody Green, co-CEO of Canada Drives said in a statement.

Even as it expands, Canada Drives faces competition across Canada, including Clutch, Curbie, Autozen, and TradeRev.

The new round brings the company’s total funding to date to over $200 million. Canada Drives previously raised $100 million in funding in a Series A round in 2019, with Anthos Capital leading the round.

In May 2021, the Vancouver-based firm expanded its retail model from British Columbia to Ontario, allowing customers to purchase certified used vehicles online and have them delivered as soon as the same day.

Following its expansion, Canada Drives’ customer base has grown by 50 percent month-over-month.

The new round of funding will also help the company add another 200 employees to its existing 500.

Jeffrey Housenbold, founder of Honor Ventures, will join Canada Drive’s board of directors. Housenbold was previously a managing partner at the SoftBank Vision Fund, and has served on the boards of numerous consumer companies, including DoorDash.

“The market need for a digital end-to-end platform to support the full life cycle of the used-car-buying experience is clear,” said Housenbold. “The customer growth Canada Drives has seen in only a short amount of time makes it evident they’re providing a service that Canadians want.”

Canada Drives currently has over 1,000 vehicles available for sale in B.C. and Ontario, and is working on increasing its inventory. The company plans to more than double the amount of certified used vehicles available to shoppers in existing markets with this new investment.

The firm’s used vehicle inventory spans over 35 makes and 170 models ranging from sedans and SUVs to coupes and convertibles.

Founded in 2010, the company has helped over one million Canadians finance and purchase cars in the past decade.

Even as it expands, Canada Drives faces competition across Canada, including from Toronto-based Clutch. The online retailer of used cars raised $60 million in financing in March. The startup currently operates in British Columbia, Alberta, Ontario, and Nova Scotia, and said it would use the investment funds to launch in other Canadian cities.

In the spring, Saskatchewan-based Curbie closed a $7 million seed funding round, the largest in Saskatchewan tech history. Curbie intends to use the capital to expand across the prairies.

And in January, Vancouver’s Autozen, an online marketplace for car owners, raised $4.2 million CAD in seed financing from an undisclosed group of investors. The company plans to expand in B.C.

Canada Drives is not KAR Auction Services’ first investment in Canadian AutoTech. In 2017, KAR spent $50 million USD, along with an additional $75-million USD over the next four years, to acquire the remaining interest in Toronto-based TradeRev, a mobile app and desktop solution that facilitates real-time dealer-to-dealer vehicle auctions. KAR first purchased a 50 percent stake in TradeRev in 2014.

More consumers have been turning to online vehicle purchasing since the pandemic, according to the J.D. Power 2020 U.S. Sales Satisfaction Index.

Ottawa-based Relogix, which has created an analytics platform and IoT sensor technology for workspaces, announced it has completed a Series A round with $4…