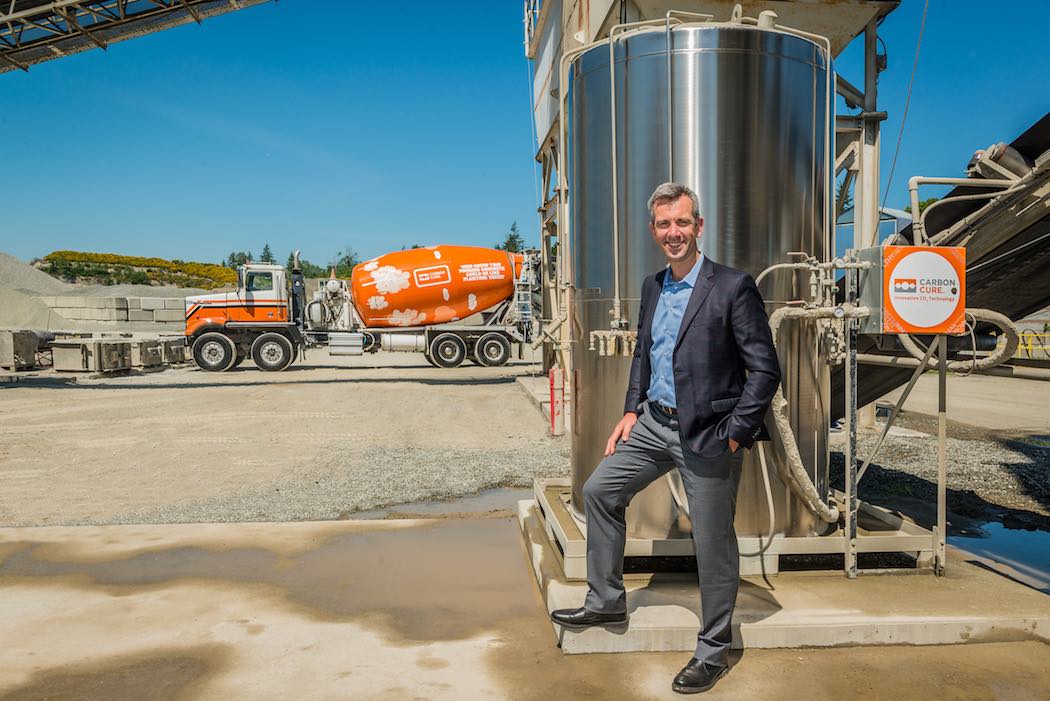 CarbonCure’s mission is to reduce embodied carbon in the built environment by 500 million tonnes annually by 2030.

CarbonCure was one of two grand prize winners, with the other being Los Angeles-based CarbonBuilt.

Founded in 2012, CarbonCure implements carbon capture solutions by storing CO₂ and recycling waste from concrete products. The startup’s mission is to reduce embodied carbon in the built environment by 500 million tonnes annually by 2030.

CarbonCure’s XPRIZE project saw the company decarbonize the carbon-intensive process of concrete production. CarbonCure became one of 38 shortlisted contenders for the Carbon XPRIZE in 2015, and in 2020, completed its final technology demonstration in Alberta.

The final round introduced CarbonCure’s commercial technology to facilitate the production of concrete with reduced water, cement, and carbon intensity.

Jennifer Wagner, CarbonCure’s president and leader of Team CarbonCure for the competition, said the $7.5 million USD will be used to accelerate the startup’s mission to reduce 500 million tonnes of carbon emissions annually by 2030. The company is also investing a portion of the prize funds into social equity initiatives.

“Climate change can seem like an insurmountable challenge,” said Wagner. “Team CarbonCure and our fellow Carbon XPRIZE contenders have demonstrated that the challenge is surmountable and that we have the solutions available today to create meaningful change.”

The win is a significant one for CarbonCure Technologies, which has been increasingly recognized in the Canadian tech ecosystem and abroad over the last year.

More recently, CarbonCure was named to the 2021 Narwhal List, and is now one of 51 companies noted as on track to become Unicorns, meaning it is on track to attain a valuation of over $1 billion.

CarbonCure has also been recognized as one of Atlantic Canada’s most promising startups, being included as one of the seven startups to watch in the region for this year.

The Ontario Securities Commission (OSC), a regulatory body, which enforces securities legislation, has added 17 new members of its FinTech Advisory Committee (FAC), including…