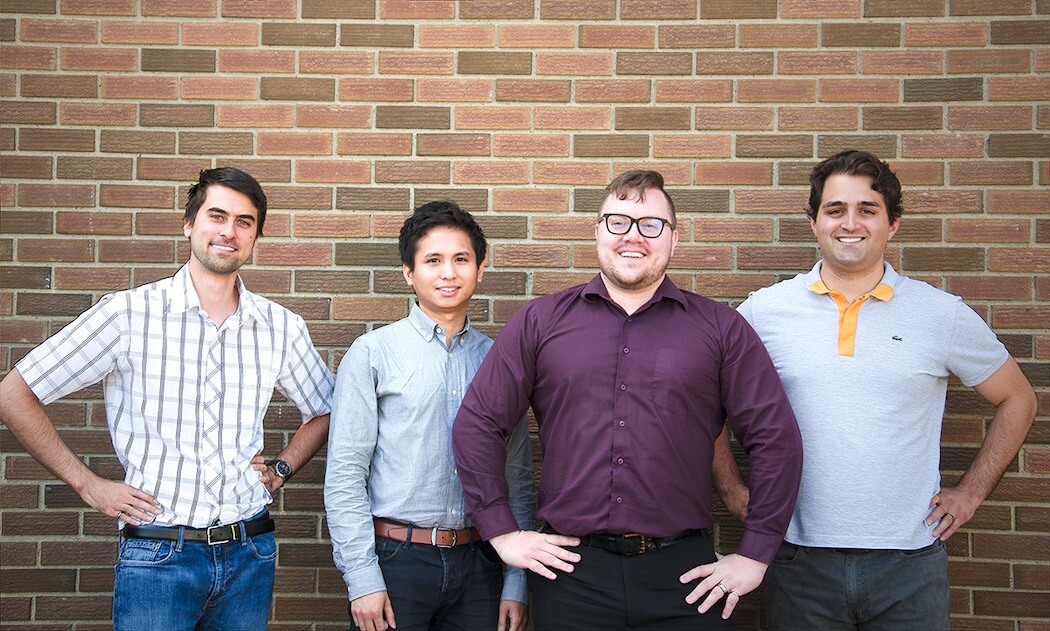 Athennian, a Calgary-based startup with software geared towards helping law firms manage legal entities, has announced $10 million CAD in financing, which was raised over the last year.

The $10 million breaks down to a recently closed $8 million Series A round and a previously unannounced seed round that closed around July 2019, at $2 million in equity.

The $8 million Series A round is majority equity financing and was led by United States-based Arthur Ventures. General partner of Arthur Ventures, Patrick Meenan, is joining Athennian’s board of directors as part of the deal.

“This is a shift to cloud play. We’re taking out legacy incumbents that are 25 to 30-year-old software platforms.”

Round13 Capital, InterGen Capital, and ATB Financial also participated in the Series A. Return investors from the startup’s seed and pre-seed rounds also invested, including BlueSky Equities, Viewpoint Capital, Strategic Equities, BCF Ventures, and Thin Air Labs, whose co-founder James Lochrie led Athennian’s pre-seed round in 2017. A portion of the Series A also included secondary financing, though Athennian declined to disclose exact figures.

Athennian was launched in late 2017 after co-founder and current CEO Adrian Camara, who previously worked as a lawyer in corporate finance as well as merger and acquisitions, noticed “archaic” practices around managing data and information.

Along with his co-founders, Camara began building out the product that would become Athennian, developing a cloud-based software platform for legal and finance teams that provides legal entity and corporate records management. Its tools span compliance, ownership, governance, digital signatures, and more.

“We help law firms and legal departments completely automate their corporate work, and so our primary users are actually not lawyers, they are paralegals,” Camara said in a recent interview.

Athennian spent the first two years of its existence quietly building out its product, due to what Camara called “a duopoly” in the legal entity management market. “We essentially didn’t want to alert them that someone was coming to eat their lunch,” the CEO told BetaKit.

The legal industry has long been behind other fellow sectors when it comes to digital transformation. Over the past couple of years, however, legaltech has seen a boom in venture capital investment, pointing to increased interest in tech solutions for law firms. A Canadian example of this is cloud-based legal technology startup Clio, which raised a $330 million CAD Series D last year.

The entity management market, itself, has long been dominated by companies like Diligent Entities and Corporatek. In 2018, the sector’s global market was valued at $2.5 billion, North America said to hold the largest market opportunity.

Athennian officially went to market and began commercializing its cloud-based software around 12 months ago. This came after almost two full years of developing its internal infrastructure and building out a large data science and data transformation team. Camara emphasized the need for Athennian to do so due to “the immense amount of data” it holds for customers.

“This is a shift to cloud play,” the CEO said. “We’re taking out legacy incumbents that are 25 to 30-year-old software platforms. They’re from a different paradigm, but they’re still big companies. And, so, it takes a lot of infrastructure to compete with that.”

“Very rarely do we get opportunities like this in technology,” said Wave co-founder Lochrie. “When we do, they become massively important companies.” He called Athennian a startup that is “on track to completely re-engineer how business entities lifecycles are managed globally.”

Since launching over the past year, Athennian has picked up global customers. The US has been a major market for the legaltech company, as has Canada, with Camara claiming that Athennian is used by around 50 percent of the top ten Canadian law firms.

While Camara declined to share exact revenue figures with BetaKit he stated that Athennian has seen “explosive revenue growth, well into the multi-millions.”

The digital transformation push that the legal industry has seen over the past years has been strongly accelerated by the COVID-19 pandemic. With physical distancing, the need for not only e-signatures has grown but so has the need to ensure data and information can be accessed by law firm employees remotely.

Camara called the pandemic “a huge accelerant” for Athennian.

“We’ve been helping our customers [and] lots of new customers [that are] coming to us saying, ‘we need to get this scanned and in the cloud ASAP,’” said Camara, noting that Athennian has seen an influx of customers increasing the number of people using the software. According to Camara, Athennian has seen companies, on average, increase the number of paralegals using its platform at one firm from 40 or 50 to more than 400 or 500.

“Businesses are operating in an increasingly volatile, uncertain and complex environment. As a result, in-house legal teams and paralegals have seen their workloads increase dramatically, driving a need for more automation,” said Meenan, also highlighting Athennian’s “rapid growth” amid COVID-19.

It is growth that, according to the startup’s CEO, led to Athennian doubling the size of its Series A round compared to what it had planned to raise. Camara attributed the decision to do so directly to COVID-19. He noted the opportunity the pandemic created for Athennian to accelerate growth, as well as the good timing. The Calgary startup negotiated its Series A deal in April and May when remote solutions were in high demand.

“We witnessed collapse with a lot of big investments and a lot of nice to have software,” Camara stated. “[Athennian] is need to have software, it’s extremely sticky, we have negative churn … [and] we’re very confident in our revenue stream.”

Athennian plans to use the capital to scale its cloud infrastructure and expand its sales presence in Europe and Asia-Pacific. A team of 40, the company plans to grow to between 70 to 80 employees by the end of this year.

Today, the federal government announced two financial contributions to accelerators and startups across Ontario through FedDev Ontario, totalling to $8 million. Here’s the latest…