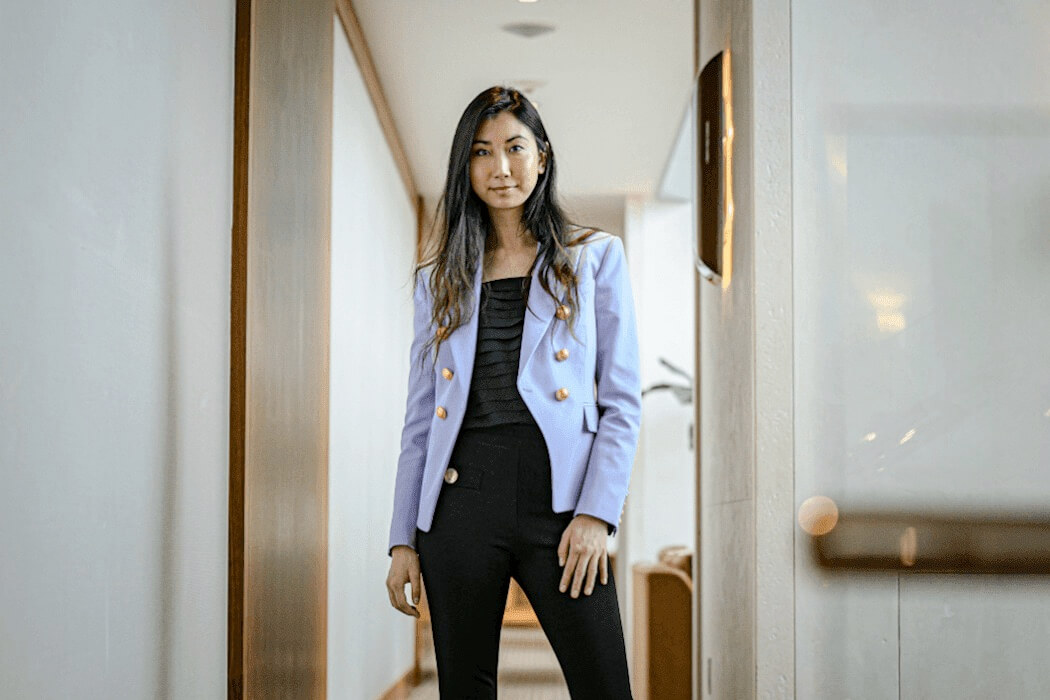 Toronto-based healthtech startup Locke Bio has emerged from stealth mode as it looks to become the “Shopify for pharma” with a platform that allows North American companies to launch direct-to-consumer (DTC) digital health and pharmaceutical brands.

“We think that now is the right time to democratize these tools for the healthcare industry.”
– Cathy Tie, Locke Bio

The startup claims its newly launched plug-and-play platform will allow businesses to open new telehealth and online pharmacy brands in weeks instead of months, “at a fraction of the cost of traditional efforts.” Locke Bio aims to make this process “as easy as setting up a Shopify store.”

“Despite the popularity and massive growth of healthcare DTC opportunities, each DTC brand still has to build most of their infrastructure from scratch,” Tie told BetaKit. “This includes customized web applications, condition-specific patient intake forms, payment processing, and partnerships with supply chain partners.”

Tie compared this process to e-commerce in the 2000s when sellers had to set up their online storefronts themselves. “Just as the democratization of tools to set up e-commerce stores became widely popular to consumers and enterprises alike, we think that now is the right time to democratize these tools for the healthcare industry,” she said.

Tie calls Locke Bio the “first end-to-end solution for prescription-based DTC brands,” which she said provides pharmaceutical companies with “an immediate market opportunity.” The startup claims to have more than $1 million in annual recurring revenue, the company refused to disclose exact figures.

The platform is open to all enterprises that want to launch their own DTC telehealth or online pharmacy brand. Locke Bio’s platform handles everything from customized patient intake forms, to video or phone consultations, e-commerce payments, prescription dispensing, and medication packaging. It also allows companies to take payments through an integrated online payment system, and provides users with access to analytics.

“What would normally take companies millions of dollars and nine to 12 months to build is ready now,” said Tie. “It’s literally as easy as setting up a Shopify store, in fact, we like to think of ourselves as the Shopify for pharma.”

Locke Bio is the second Canadian healthtech firm Tie has launched in less than six years. In 2014, when she was 18, Tie co-founded Ranomics, a Toronto-based genetic analysis startup, serving as the company’s CEO until 2018. Although she no longer works at Ranomics on a day-to-day basis, Tie remains chairperson of its board, and the company’s single largest shareholder.

Tie left Ranomics in 2018 and joined Silicon Valley-based Cervin Ventures, becoming the business-to-business software-focused venture capital (VC) firm’s youngest partner. Tie worked at Cervin for a year and a half, and said she was grateful for the opportunity to learn about VC and enterprise tech. She left Cervin to found Locke Bio in 2019.

“My inspiration for Locke Bio actually comes from both my experience at Ranomics and the enterprise technology background I learned at Cervin,” said Tie. “Combining pharma with enterprise tech was my inspiration. I left Cervin to launch Locke Bio, where I can take advantage of the cool trends in DTC health.”

Long-term, she aims to expand the company’s service to other countries in “South America, Asia, Europe, and beyond.” For now, Locke Bio plans to continue investing in research and development, adding new features, and increasing the number of DTC brands on its platform.

“I want to continue the trajectory that we’re seeing for healthcare enterprises to go direct-to-consumer,” said Tie. “I also want to fulfill the needs of our growing client base to launch successfully through our platform.”

The startup is currently hiring for business development, sales, and product development roles, and intends to announce its Series A round “in the near future.”

UPDATE 08/03/2021: This article previously incorrectly stated Locke Bio’s annual recurring revenue as $7 million. This has been updated to note the ARR is more than $1 million but the company has not disclosed exact figures.