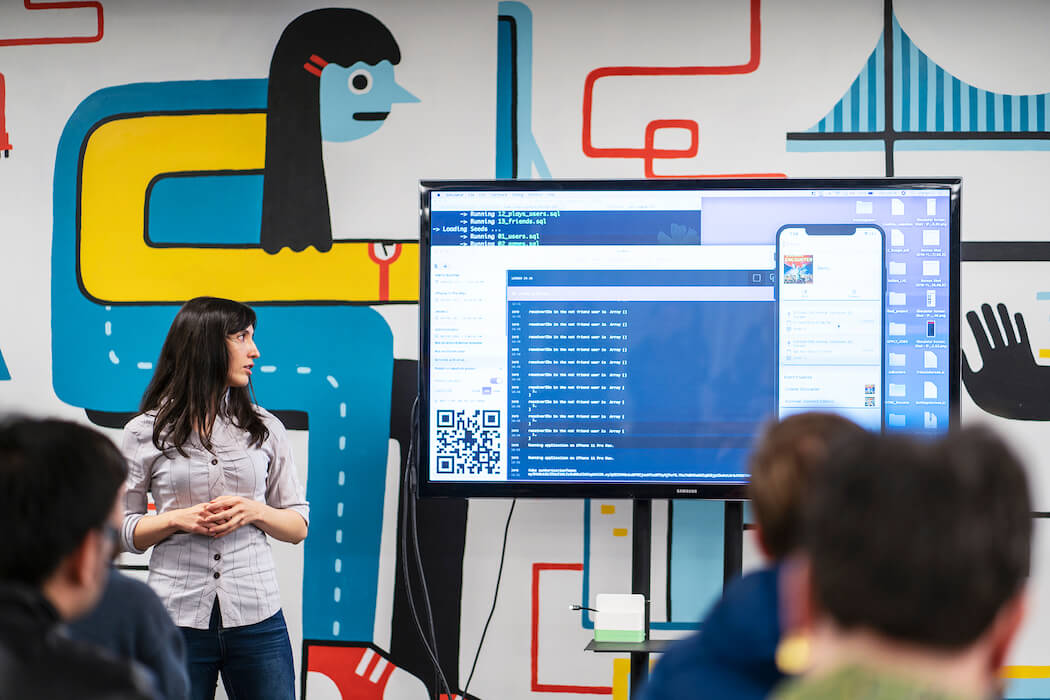 Lighthouse has confirmed the layoffs to BetaKit, with the 14 employees accounting for just over 26 percent of the company, which previously sat at 53 employees.

“Everybody is dealing with some level of change … it doesn’t mean that people have stopped trying to figure out ways to help each other.”

At the same time, Lighthouse also recently launched a new scholarship fund meant to help Canadians who find themselves jobless as a result of COVID-19.

Shaki told BetaKit that overall, around 25 to 30 jobs were “drastically altered” by the move online, which also affected its co-working spaces attached to the schools. Lighthouse made the decision to let go of 14 of those employees while moving another 12 to limited hours through the federal government’s work share program.

UPDATE (16/04/2020):
Since this story was originally published Lighthouse has brought all employees that were moved to the work share program back to full time. Shaki attributed the decision to Lighthouse meeting the criteria under the current form of the 75 percent wage subsidy, which was approved into legislation on April 11. As of April 14, all Lighthouse employees that were on reduced, part-time hours have been moved back to full time.

When originally asked how the federal government’s emergency measures for businesses affected the decision to make staff changes, Shaki told BetaKit he was initially enthused about the 75 percent wage subsidy when it was announced, but realized Lighthouse did not qualify based on the criteria shared at the beginning of April. He did note, however, that confirmation the program is being expanded with the hope of including startups, may allow Lighthouse to apply. “[We] are waiting for the next set of details,” he told BetaKit.

Lighthouse is also looking into whether it is eligible for loans through the BDC emergency program. Notably, Shaki told BetaKit that Lighthouse had recently received capital from BDC and had won a grant in Alberta to help it develop net new programming.

The changes brought about by COVID-19 have forced Lighthouse to put on hold plans to create corporate development programming, which Shaki told BetaKit the company had been geared up to launch. He noted that this had caused the company to expand its team just prior to the current crises. The hold on the programming also affected the decision to make layoffs.

Typically attracting people looking for a career change or just looking to break into the developer world, coding schools like Lighthouse, and others like Juno and BrainStation, are in an interesting position during the current global crises. With millions of Canadians out of work, coding schools could be an attractive option for people looking to reskill while they have time.

Notably, last week, shortly after the layoffs, Lighthouse launched a new scholarship fund for Canadians facing economic uncertainty as a result of COVID-19.

At the time, Shaki said in a statement, “as a company, we thought long and hard about how we can best support our community during this difficult time … we feel we can make the greatest impact, both to our community and to the Canadian economy, by providing workers facing economic uncertainty with the skills and resources they need to pursue a career in a technical and remote world.”

Shaki explained to BetaKit that the decision behind launching a new scholarship fund at the same time as making employee cutbacks was to create a less expensive way for people to skill up in the current market. He noted that all laid-off employees were offered Lighthouse’s bootcamp and part-time courses for free, and claimed that “cash out the door” was a larger consideration on Lighthouse’s finances than in revenue lost due to making its programming more accessible.

“Like the realities of any business that’s struggling right now, on one hand, we want to make sure we were getting students in and [on the other hand] recognized a huge issue going on that we were actually suffering from ourselves, which is tons of people being laid off everywhere and not knowing how they’re going to skill up and what they were going to do,” said Shaki.

“Everybody is dealing with some level of change and shit, and in really unfortunate situations,” the CEO added. “It doesn’t mean that people have stopped trying to figure out ways to help each other.”

Shaki also claimed that while many people are being laid off, developer jobs have been less affected and companies have still expressed interest in hiring from Lighthouse’s cohorts. He called the scholarship fund key to helping Lighthouse survive this period, with the school seeing four times the applications post-scholarship announcement than it normally receives, after seeing an initial dip in interest after being forced to move online.

The CEO explained that one of the biggest challenges faced by coding schools moving online is how their programs are received. In speaking with a number of other coding schools in Canada, Shaki noted that the general concern is the credibility of their newly virtual programs.

Much like Lighthouse, popular coding schools like Juno and Brainstation have also been working to offer courses solely online. Others have been more drastically affected by COVID-19, with Vancouver-based RED Academy shutting down completely.

“I think it’s too early to tell what happens with [Lighthouse’s] specific scaling plans that we had,” said Shaki. “What I can say is that every indication that we’re looking at from the outside is, at some point, online learning is going to become more natural for a lot of people.”

“I hope to get back to hiring,” he added. “The first thing we’ll do is take care of those employees and then we’ll look at what comes next.”