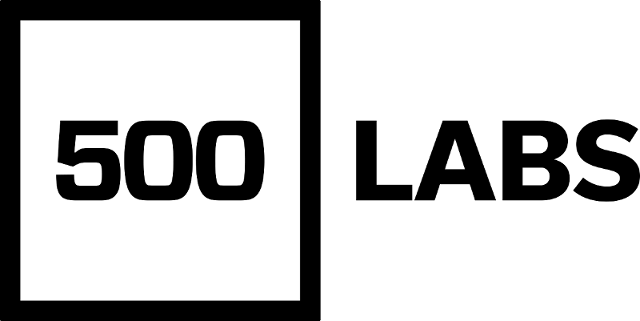 In recent months, Silicon Valley-based 500 Startups has been keeping a keen focus on Canada. The accelerator is setting the foundation of a national presence thanks to the growing 500 Canada team, which once fully established, wants to invest in one Canadian startup a week.

Now, 500 Startups is choosing Toronto and Waterloo Region as the first site for 500 Labs, a startup studio that will create a supportive environment for working on ideas that could potentially become spinoff companies for 500 Startups.

“A lot of the next big companies are coming from these newer ecosystems and maturing outside of the Valley.”

“One of the things we’re really pushing with 500 Labs is what we’re calling ‘growth by design’. So we’re trying to build a product people want, and then figuring out how to grow. We take this growth question into account at conception of the product and choose to continue with products that we know can grow really fast,” said Selcuk Atli, founding partner at 500 Labs.

People working out of 500 Labs – which will include developers and engineers — will be paired up to work on projects, and leverage 500 Startups’ growth marketing team to determine ideas that have the highest potential for growth. 500 Labs promises salary and resources in an effort to attract senior talent that may want to start their own company, but are afraid to take the leap for whatever reason.

Atli gave the example of a hypothetical University of Waterloo grad, which he says only has a few options should they choose to work at a startup: move to the Valley and join a company like Uber, where they can make money but not necessarily learn new things; join an early stage startup and get some equity; or take the financial risk of starting a company on their own.

“A lot of talented people will find it too risky or not the right time. Maybe they don’t have an idea that they’re excited about, maybe they want to pay bills or rent, maybe they’re still looking or other talented people. That is the opportunity were trying to give these people,” said Atli. “They can come in, there is essentially no failure risk. They work on project, we try validate fast, if the project doesn’t work they move on to the next thing.”

If 500 Labs sees potential in a project, they will receive a ‘decent’ share of equity as a co-founder of the project — “not as much as if they did it on their own, but not as little as joining an early-stage company. They would get a life-changing outcome if they exit,” Atli said.

500 Startups also looked to establish 500 Labs in places like Berlin and Istanbul, but the Toronto-Waterloo corridor was determined as the ideal area to set up the first — mostly thanks to the cities’ strong technical talent. While Silicon Valley has the best infrastructure for starting a company and a healthy presence of venture capital, competition for talent is fierce, and employees often switch companies every few years.

“In Canada, there is more dedication to building things and then sticking it out. It’s also lower-cost environment compared to the Valley, so it gives us an advantage for recruiting so we can attract a lot of high-quality talent for less than the valley,” said Atli. “The working culture in Canada is also similar, and there’s not much of a culture and communication gap in building teams in the Valley or Canada. So it makes collaboration more frictionless.”

Currently, the 500 Labs team is working alongside 500 Canada’s Toronto office, but they have plans to open an office in Kitchener-Waterloo; the lab has two projects “under wraps” and still on the hunt for talent to join the team as hackers-in-residence.

500 Labs is especially interested in building mobile products for consumers and B2B products that follow the trend of the “consumerization of enterprise” — platforms that have well-thought UX, require low level of integration, and can be picked by a team member directly, such as Slack and Dropbox.

“The more time we spent in Toronto and Waterloo, the more we fell in love with the ecosystem,” said Atli. “It’s difficult, slow, and expensive to bring smart people behind new ideas. And a lot of the next big companies are coming from these newer ecosystems and maturing outside of the Valley.”

Report: Consumers and businesses made over 241 million Interac e-Transfer transactions in 2017

Canadian interbanking giant Interac has released its e-Transfer stats for 2017, revealing that 241 million e-Transfer transactions were performed last year. A total of…