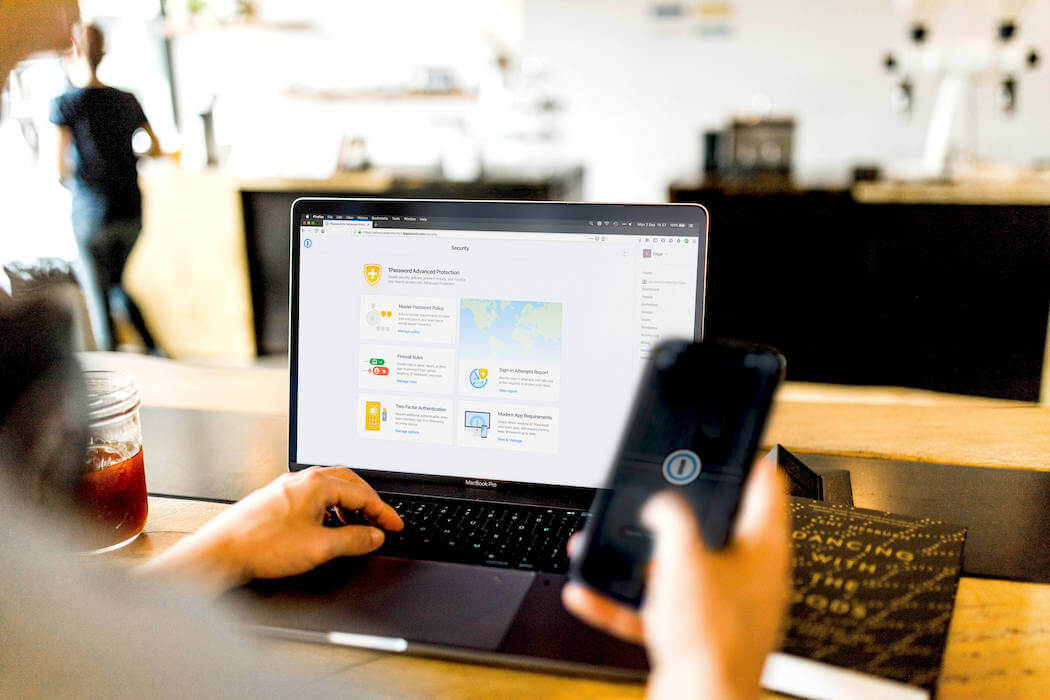 After 14 years of organic growth, and attracting the attention of millions of users and more than 50,000 companies, Toronto-based password manager 1Password has closed its first institutional funding round at a total of $265 million CAD ($200 million USD).

“1Password has been profitable since day one, really, and we have been growing really fast.”

What 1Password is calling a Series A round was led by US venture capital firm Accel, which has previously invested in the likes of Facebook, Dropbox, Spotify, and Venmo. According to a spokesperson for 1Password, Accel’s contribution to the round marks the VC’s largest-ever investment. The round also marks one of the largest ever Series A rounds raised by a Canadian tech company.

1Password is the latest company that is part of a growing trend of Canadian companies raising hundreds of millions of dollars in a single round. This past year has been particularly significant in showcasing the shift to large funding rounds that are on par with Silicon Valley. The trend has not only been seen in traditional Canadian tech hubs like Toronto, but has included massive rounds from companies like Coveo in Montreal, Newfoundland’s Verafin, and BC-based Clio.

Founded in 2005 by David Teare and Roustem Karimov, 1Password turned down opportunities to bring in outside funding in the past, choosing instead to focus on organic growth; originally focusing on a consumer-facing offering, then moving into the B2B space in recent years.

That strategy has not only seen 1Password grow its team to almost 200 employees and expand operations across Canada, the US, and Europe, but has led to the company seeing significant revenue growth. As BetaKit reported earlier this year, 1Password grew its B2B revenue by more than 300 percent over the past few years, which now comprises a majority of the company’s revenue.

“In an era of growth at all costs, we don’t come across companies like 1Password very often.”

“1Password has been profitable since day one, really, and we have been growing really fast for 14 years, all without investment,” Matt Davey, 1Password’s chief operations optimist, told BetaKit. “But things have really changed recently with all the data breaches that have been happening, and password managers have gone from an early adopter, heavily technological thing to a major trend that [is] not going anywhere anytime soon.”

The decision to bring on outside investors like Accel, after a 14-year run, was directly linked to 1Password seeing this industry shift as a way to “hit the gas” on its organic growth and capture a bigger market share. It was not an easy decision, however. Davey told BetaKit that it was a six-year “courting” period between 1Password CEO Jeff Shiner and Accel partner Arun Mathew, that eventually led to the investments.

Davey called this decision the latest move in 1Password’s goals to scale. One of the earlier big moves was when 1Password’s co-founders decided to bring on an outside CEO, Shiner. Investors like Accel and Slack provide 1Password with the next step in its journey, offering easier routes to connections and insights Davey said 1Password might not get to as quickly without them.

“If you think about who needs a password manager, the amount of funding really reflects the potential,” he added. “Password managers are no longer a ‘nice to have,’ but really a necessary thing in business and this thing that everyone in your business needs.”

1Password, created by parent company AgileBits, offers a password manager that can be integrated into web browsers, allowing for easier log in to websites, entering credit card information, and filling registration forms, the manager also generates strong passwords, all of which is stored inside the manager platform under one master password.

The company plans to use the funding to invest “aggressively” in product and its go-to-market programs in order to expand its footprint in what it sees as a growing market for password managers. While Davey explained that 1Password still has a strong focus on the consumer, the company plans to continue to focus heavily on growing its enterprise business.

Focusing on the end-user

Having already grown that enterprise user base, 1Password names among its customers 25 percent of the Fortune 100 companies. The company noted that a major rollout with a Fortune 50 client, for example, saw 50,000 employees actively using its platform in just two weeks.

Davey attributed a lot of 1Password’s success, so far, to its focus on the end-user and customer engagement. Teare, currently the developer and customer support director for 1Password and the founder of AgileBits, added that 1Password has built a passionate customer base by putting a strong emphasis on privacy and listening and implementing feedback.

“That’s created a virtuous cycle where customer feedback keeps us ahead of the game by highlighting the latest services users want, from Face ID, to Slack integrations, to the next big platform,” said Teare.

As a company hyper-focused on privacy and security 1Password claims to not track any user data or analytics and does not perform any behavioural analysis based on what sites users interact with. Instead, the Toronto-based company relies on speaking directly with customers to address issues or make updates to the product.

Davey explained that every one of 1Password’s more than 170 employees speak to customers regularly. In fact, 1Password has what it calls “Customer Service Mondays” where employees email or call users that have reached out. Davey noted that he himself speaks to at least five to six customers a week, which has been consistent since he joined the company seven years ago when it was around 15 employees.

“In an era of growth at all costs, we don’t come across companies like 1Password very often,” said Mathew about Accel’s decision to invest. “The company has created a powerful and sticky product that people and businesses use every day to protect sensitive data, intellectual property, and brand value.”

Looking forward, 1Password hopes the funding will continue to power its growth globally. The company has plans to make strategic hires within Canada, as well as in its international markets. Davey stated that he could also see the 1Password team doubling in size within the next year. He told BetaKit that 1Password does not have any plans at this point to raise any additional investment rounds.

Two Toronto-based tech companies have announced major leadership additions to their team. Here’s the latest update on who’s going where. League brings on its…