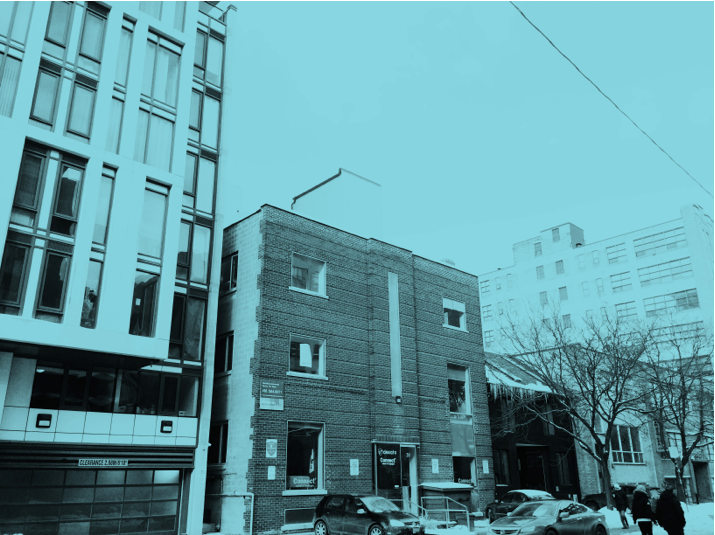 It’s been both fun and intriguing to watch the nearly meteoric rise of Toronto’s Project: RHINO coworking space, over the span of two years. Today the space announced the opening date for a new second location, this one at 20 Camden street.

I met cofounder Jeff Howard at FounderFuel’s third demoday, back in fall 2012. Having just started writing about tech startups, I knew pretty much no one at the after-party that night. There I started chatting with Howard, who had been working on his first startup with Project: RHINO cofounders Neil Martin and Rares Crisan.

Howard flew up to Montreal on a whim when he jumped at the chance to talk with some local investors. He actually ended up missing his flight home the morning after FounderFuel’s after-party. Nevertheless we became buddies that night, and soon after I met Martin and became a regular staple on their couch whenever I needed a place to stay in Toronto.

But the real story is what happened with Project: RHINO since that night I met Howard, which has been nothing short of special. From the days when Howard and Martin could barely pay the rent for the King Street coworking space, to now, has been inspiring to watch. With the announcement of Project: OWL today, it seems to be just one more step in a progressing path.

It’s hard for me to put a finger on it but over the span of a year Project: RHINO built up a kind of coolness factor that’s hard to replicate in work spaces, particularly ones that need to attract the presence of (generally uncool) larger businesses and firms to help bring in badly-needed cash for upkeep.

It could have been the laid-back, inviting atmosphere of Howard, Martin, two Queen’s grads who are self-professed event planners more than entrepreneurs.

Or it could be the RHINO’s building itself, a lovely old structure that sits just south of King on Bathurst. Howard had walked by a musty for-rent sign in a window and came across a diamond-in-the-rough type top floor that many others had either passed over or had just never heard of. Further complicating matters was a family spat that prevented the owners from actually selling the building, leaving much of the upper floors uninhabited.

In came the trio of cofounders, installing desks, chairs, solid internet and a community vibe. Kegs of free local beer for members, a foosball table, full kitchen and a nice sound system didn’t hurt its appeal either.

Later on the guys implemented the Drinks+Demo’s monthly event series, where basically people pay $10 bucks to get drunk off local craft beer while a panel of experts on a given topic argue about stuff, also while drinking beers. Past guests have included Jordan Satok, who was the youngest Canadian to ever raise venture capital (and has since exited his first startup AppHero), angel investor and 5by founder Greg Isenberg, Matthew Liebowitz of PlazaCorp Ventures, Zak Homouth of Upverter and Katherine Hague of the recently acquired Shoplocket.

Today the space actually sports over 100 startups and freelancers and recently expanded its size by renovating a portion of previously unused space on the same floor. Well-dressed, hipster-like young startup people (much more well-dressed than myself) work, talk and listen to music in a world of work that is so much different than that of our parents.

“Honestly, I would say we never expected this,” said Martin. “Originally we just wanted to help pay the rent. Never in my wildest dreams did i think there would be this many people, let alone a second location.”

The next chapter of Project: RHINO will be the March 1 opening of that second location he mentioned. Project OWL spans the top two floors of 20 Camden street, just south of Queen and Spadina. It was renovated in 2000 by Toronto architecture firm Kohn Shnier. The 7600 sq. ft space will feature one full floor of lounge space for members while the other floor will have dedicated desks. Members of Project: RHINO will receive full access to the lounge space at OWL (and vice-versa).

“It’s a ton of extra value for them at no extra cost because they’ll be able to drop in, use extra lounge space, they’ll have access to more meeting rooms and that’s kind of the whole idea,” said Martin. “These spaces and further spaces in the future are part of a network, so if you’re a member at one, you’re  a member at all of them.”

Project: OWL is now accepting pre-launch sign-ups and features the same pricing structure of RHINO: $350 per month for a dedicated desk, $200 for a lounge-only membership and $30 for a “virtual” office, or using the space as a mailing address. It will feature fiber internet, meeting rooms, presentation space, two kitchens, beer on tap and even a private shower. The guys call it “hustle ready”.

It’s part of grander vision to expand to other cities, but Martin cautiously warned that there’s more work to be done in Toronto, a city with several neighbourhoods that could all support coworking spaces. First he wants to see how OWL will go before anything more.

Howard said the RHINO and OWL sell entrepreneurs on a “founder-friendly approach”: no long-term commitments, “no-brainer pricing” and 24/7 access. Not only that, he said, but the community as well. “The people who are working out of the OWL and working out of RHINO are bootstrapping their businesses and really trying to make a go of it,” said Howard. “So it really helps to be surrounded by a community of like-minded people who understand how hard it is to get a business off the ground.”

They may be cautious, but at this pace it seems like the guys’ biggest challenge might be finding enough animal names to call their new spaces.