Six years ago, Richard Susskind published The End of Lawyers?, a book with a scary title but incredibly positive implications for the legal sphere. Almost to the point of amazement, Susskind observed that the changes outlined in his book would only truly begin coming to fruition “give or take, in the coming three to six years.” Well, here we are in 2016 — six years after the publication of his book — and at the cusp of massive legal transformations in Canada and abroad.

These changes are a bottom-up phenomenon centralized around embodying the spirit of the NewLaw movement. Small entrepreneurial firms are emerging and legaltech startups are popping up regularly, offering new and riveting solutions to everyday legal challenges. While many long-time established firms and legal practitioners are still apprehensive of technical innovation, the crux of the matter — as Susskind said in his book — is this: “…the implications for the profession are so profound that lawyers should surely be preparing in some way.”

The time to prepare is passing, and it’s now time to actively embrace the technical evolution of law.

According to Aron Solomon from LegalX at MaRS, technology doesn’t mean the end of lawyers by any means. In fact, “it will empower good lawyers to be even better,” Solomon said. This statement seems to perfectly capture what the NewLaw movement is about, with accessibility at its core and the idea of making the best and most economical legal solutions available to a wider audience.

We launched the Toronto Law and Technology Group recently, and at the inaugural meeting, several legal practitioners — when asked what their goals were in joining the group — answered variations of the following: “to see what’s going to replace me.” While it’s understandable why many lawyers have these feelings, I think that is contrary to what NewLaw is about. It is not about the end of lawyers at all, but rather, it’s about the beneficent progression of law.

The legal sphere is already changing

Some specific examples of these NewLaw transformations can be seen in several of the developments Susskind says have already taken place, as well as in several structural changes that he forecasted.

Larger, more established law firms need to find ways of offering more elite services while enabling the rest of their legal practice to jump on board with the 21st century.

One prime example of these changes is the move away from the outer layer of legal practice structures, the layer where “routine work” takes place. This concept was already coming to life in 2010, and is now being propelled by legal startups offering high-powered solutions to legal research, document compilation, and other standardized routine legal work. For example, Canadian-rooted startup ROSS Intelligence has taken IBM’s Watson and put it to play in the realm of legal research, and LPO’s and custom software companies are offering solutions to making law operate in a leaner, more cost-friendly manner.

Rest assured; Susskind and others have argued that while legal services are evolving at a rapid rate and traditional structures are being disrupted in a big way, many traditional practices will likely stay. There are plenty of examples of how the billable hour is already being morphed, but there are those, like Aron Solomon, who believe that the billable hour and other traditional structures will continue to have a place in large and specialized firms. The idea is that while law is becoming more accessible and visibly transforming in massive ways, with traditional structures shifting and new methods arising, there will always remain an appetite for bespoke, highly specialized legal services.

Accordingly, it seems bespoke law will never be for want of purpose, but the business of law is evolving whether we like it or not.

It seems to be that larger, more established law firms need to find ways of offering these more elite services while enabling the rest of their legal practice to jump on board with the 21st century, and adopt technical and methodological solutions in order to remain competitive in today’s NewLaw and Legaltech landscapes.

Some of Canada’s 7 Sisters are now beginning to hear this plight from the disruption below. These firms, that sit at the epicentre of law in Canada, are now beginning to feel and respond to the rumblings of technological evolution. If we take a look at the beginning of this year, we can see some great examples of this, with Osler partnering with DMZ’s Legal Innovation Zone and Blakes buddying up with MaRS to become embedded in the heartbeat of Canadian legal innovation. These firms are also taking very seriously the idea of legal innovation in-house, evolving the ways in which they perform the business of law.

We just enjoyed Techweek’s first debut here in Toronto, highlighting the fast-paced growth of Canada’s tech community. It’s time for the legal sphere as a whole to observe and replicate these movements in a BigLaw way, to not fear ‘the end of lawyers’, but to embrace its implications and join the tech community in the natural progression of law. 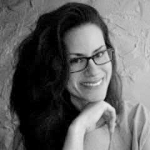 Aileen is a writer, philosophy nut, and a digital fanatic. She's currently exercising her digital interests in her work with Functional Imperative, a custom software development company located in the heart of Toronto's tech community. She's worked with SMB's across several sectors and countries, and has recently launched the Toronto Law and Technology Group. Ultimately, Aileen is pumped to see how Canada's tech sector continues to grow as one of the world's leading centres for technological evolution.

Crowdfunding site Indiegogo has been around since 2008 and has seen several rounds of funding themselves. The first was a $1.5 million investment in…