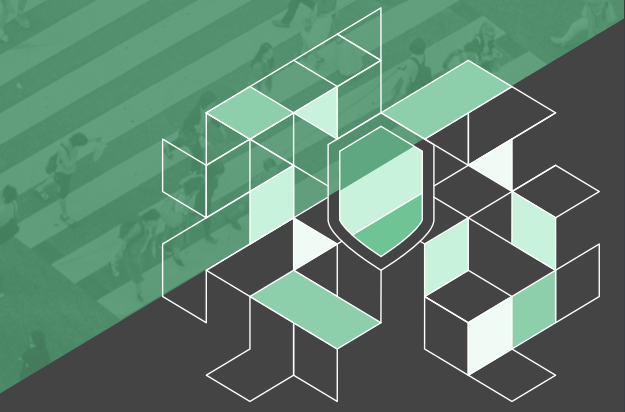 Cybersecurity: most IT personnel know of it. Even fewer follow up on the latest developments in the industry beyond notifications from their antivirus software that “143 latest threats” were just neutralized. Only a small handful of them actually go above and beyond, pushing the boundaries, proactively defending their organization from hundreds of new cyber threats unleashed daily.

Nonetheless, with the advancement of technology, cybersecurity — or the lack of it — is becoming an increased risk to small businesses. But Canada’s startup hubs, with enough government support and scaling up from companies, are in a unique position to make Canada a leader in cybersecurity.

The World Economic Forum, in its Global Risk 2016 report, identified cybersecurity as one of the top risks to commercial activity. Businesses worldwide spend approximately $84 billion USD in defending from data breaches that eventually end up costing them $2 trillion USD in damages. This number is expected to increase to a whopping $90 trillion USD by 2030 if cyber-attacks remain unchecked.

Canadian organizations, according to a Deloitte survey, are unprepared for increasingly complex cyber-attacks. In fact, a single data breach for a Canadian company costs upwards of $6 million CAD. The increase in the number of cyber-attacks worldwide has been a boon for companies providing cyber-liability policies; the value of insurance premiums for such policies is expected to grow threefold to $7.5 billion USD by 2020.

The intersection of Canada’s financial centre, Toronto, and the city’s tech landscape is a major reason why the region has grown into a global hub for cybersecurity. All the major Canadian banks have their headquarters located in the city of Toronto, and half of Canada’s 60,000 FinTech employees are based in the Toronto region.

With over 400,000 people working in tech sector in the Toronto region, and more joining the workforce from Ontario’s nine university-level cybersecurity degree programs, it’s no surprise that a synergy between the financial and technology sectors has given rise to cybersecurity innovation clusters comprising over 75 active companies in Ontario. A couple of examples include SecureKey, which raised $27 million from Canada’s big five banks, and Herjavec Group, which got the second spot on CyberSecurity Ventures’ Cybersecurity 500 list. The Toronto region is also attracting attention from cyber threat companies around the world, like UK-based Darktrace, which opened an office in Toronto in mid-2016.

Other notable Canadian cities with strong cybersecurity potential include Ottawa and Vancouver. Ottawa, the city that was once home to the research and development headquarters of Nortel Networks, now boasts over 1,800 technology companies that employ around 68,000 people. Ottawa is also home to VENUS Cybersecurity, a non-for-profit organization that provides its members with talent, space, and infrastructure to solve cybersecurity problems affecting consumers, businesses, and governments globally.

Vancouver, the largest city in the province of British Columbia, is home to large tech companies like Hootsuite, and is renowned for producing fast-growing companies such as Slack and Avigilon. The technology sector in the province of British Columbia employs over 100,000 people, and its close proximity to San Francisco is an added advantage. Vancouver-based Trulioo was recognized for being the most innovative global identity verification company by Startup Canada in 2016.

Government and businesses are biting

Thanks to billions of dollars in losses to the Canadian economy via cyber-attacks on national security, critical infrastructure, intellectual property, and personal data, Canadian lawmakers have sprung into action and are taking a hard look at cybersecurity.

Soon — at least, the government’s interpretation of soon — businesses can expect additional regulations surrounding cybersecurity and deeper collaboration with government to protect Canadian businesses. The Canadian government recognizes its cybersecurity strategy is weak and is getting advice from the leader in this space: Israel. Late last year, senior Canadian officials met with members of Israel’s National Cyber Directorate to discuss how to reinforce Canada’s cybersecurity.

Although the recent budget in March did not mention cybersecurity specifically, it did set aside $950 million for innovation superclusters, FinTech, and artificial intelligence. Earlier this month, the Canadian Chamber of Commerce released a whitepaper that analyzes the Canadian cyber landscape, and sets out recommendations for the government to contemplate. The report found that board participation rate in cybersecurity issues has increased from 25 percent to 40 percent between 2015 and 2016. The good news is two of the major stakeholders, the government and the business community, are taking a keen interest in combating cyber attacks.

The future is bright

Canada is the world’s 4th largest cybersecurity innovator measured on VC deals, despite critics calling it “underfunded.” There are plenty of opportunities for growth through government funding, academic research, innovative startups, global VC interest, and partnerships between stakeholders that cannot be discounted. Another promising development is the creation of the first of its kind Canadian Institute for Cybersecurity (CIC) at the University of New Brunswick. The institute has received over $4.5 million from both the federal government and the province of New Brunswick. As one of the largest network security research and development centres in Canada, CIC is collaborating with IBM to train Watson in combating cybersecurity threats. The CIC is tasked to train high-quality cybersecurity professionals and provide leadership on issues related to cybersecurity.

In order to make Canada a global player in cybersecurity, what is required is coordination and collaboration, according to a Deloitte report commissioned by the Toronto Financial Services Alliance and Ontario Centres of Excellence. With protectionist policies being implemented south of the border, Canada also stands to gain from an influx of talent and businesses looking for a new and welcoming home. Government and academic interest, availability of talent, synergy between businesses, financial and technology sectors, when combined, represent the magic sauce that can make Canada a top-tier global leader in cybersecurity. 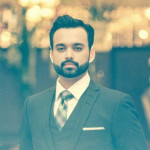 Salman Khan has a background in computer science and an MBA in Technology and Innovation from the Ted Rogers School of Management. He is passionate about emerging technologies and how they are driving the technology sector in the Toronto region. Salman is a Senior Advisor at Toronto Global, a foreign investment attraction agency, where he works with international companies to facilitate their expansion into the Toronto Region.