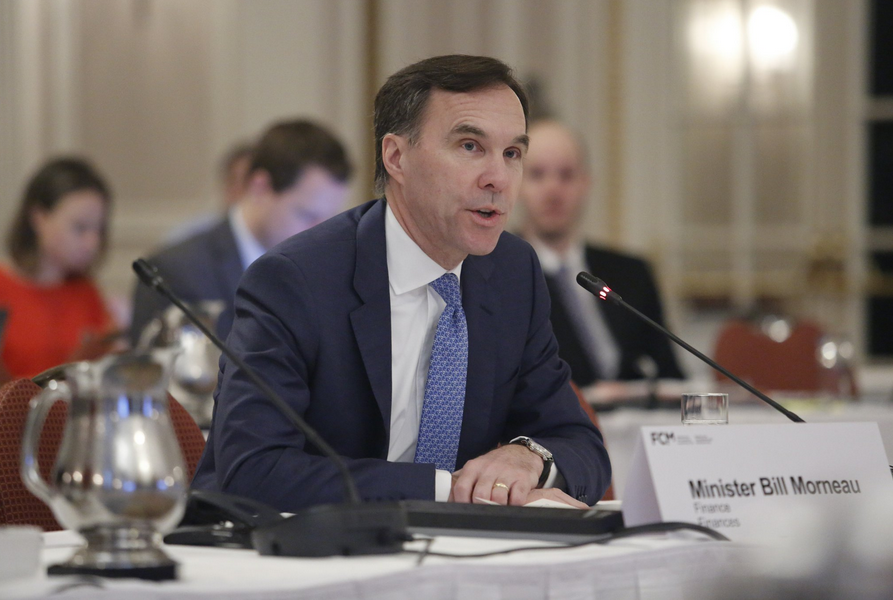 On Tuesday afternoon — sometime after four o’clock, when trading on the Toronto Stock Exchange has ended for the day — Canada’s 39th finance minister will stand up in the House of Commons and announce his third federal budget. The document will guide the financial spending plan of the federal government for the next 365 days.

Don’t expect a lot of numbers in his speech to the Parliament. Traditionally, budget speeches are thematic and filled with stories that are illustrative of the governments focus and priorities. For example, last year’s budget included more mentions of the word ‘innovation’ than the document contained in pages. Programs introduced focused on increasing access to talent, capital and customers for domestic innovators, with titles like the Global Skills Strategy, Innovation Superclusters Initiative, and Innovation Solutions Canada filling the 278 pages of the fiscal plan.

This year’s budget needs to show a whole-of-government approach to working with Canada’s fastest-growing tech companies.

To date, Finance Minister Bill Morneau has been tight-lipped on what measures Budget 2018 will introduce, beyond hinting at broad themes such as boosting the participation of women in Canada’s workforce, skills development to address Canada’s highly-skilled labour gap, and embracing science and innovation. Recent media reports suggest the budget will include a $1 billion commitment for cybersecurity initiatives, to shore up Canada’s cyber-readiness and domestic capacity.

Tuesday’s budget, like the ones before it, will likely highlight the programs announced in 2017 and any successes achieved during their short time of existence. However, innovative, high-growth technology companies expect the government to do more than rest on its laurels when it comes to its innovation agenda.

This year, the Council of Canadian Innovators will be scouring the budget to see how often it mentions ‘scale-ups’, modernizing procurement, commercializing Canadian intellectual property globally, and the data-driven economy. We will be looking for a commitment to create a national data strategy as well as for detailed strategies across key departments that aim to support innovative, high-growth Canadian companies.

The government should not pick winners. It just has to work with proven, globally successful, market-tested Canadian innovators because these firms are bringing new revenue to our country. All national innovation strategies have at their centre ‘a firm’ because that is the vehicle that commercializes intellectual property.

A major validator for a company to be able to sell around the world is showing it can do business with its own government.

While the last budget placed an incredible amount of responsibility onto the shoulders of the Innovation, Science and Economic Development (ISED) department in Ottawa to roll out Canada’s innovation agenda, this year’s budget needs to show a whole-of-government approach to working with Canada’s fastest-growing technology companies that are scaling globally so they can contribute to growing inclusive prosperity and the Canadian economy.

Departments like Treasury Board Canada could improve procurement processes that make it easier for Canadian companies to sell into their own government. A major validator for a company to be able to sell around the world is showing it can do business with its own government.

Global Affairs Canada could develop a trade strategy that advances high-growth companies around the world that sell intangible assets and operate in the borderless data-driven economy. Too much of our current trade strategy and promotion is focused on exporting low-margin traditional goods. Our defense and public safety departments could also find new and novel ways to enter into strategic joint research and development opportunities with domestic cybersecurity scale-ups. Without a domestic capacity in cyber we risk becoming a client state.

Canadian innovators believe a strategic and whole-of-government focus in this year’s federal budget on supporting high-growth companies makes for a smart economic prosperity policy. Companies that grow from $100 million in revenue to a billion and beyond provide the most returns to the national economy every year. These revenues go into the federal government’s coffers to be reinvested in the social programs and public infrastructure Canadians expect their government to provide.

This year when the budget is released, a simple “Control-F” keystroke when reading the document will help inform the tech community what the government’s priorities over the next year will be. Those reading should be asking themselves: what’s in it for Canadian innovators?

Benjamin Bergen is the executive director of the Council of Canadian Innovators, a national, non-partisan business council for the 21st-century economy, led by the CEOs of Canada’s fastest-growing homegrown technology scale-ups.