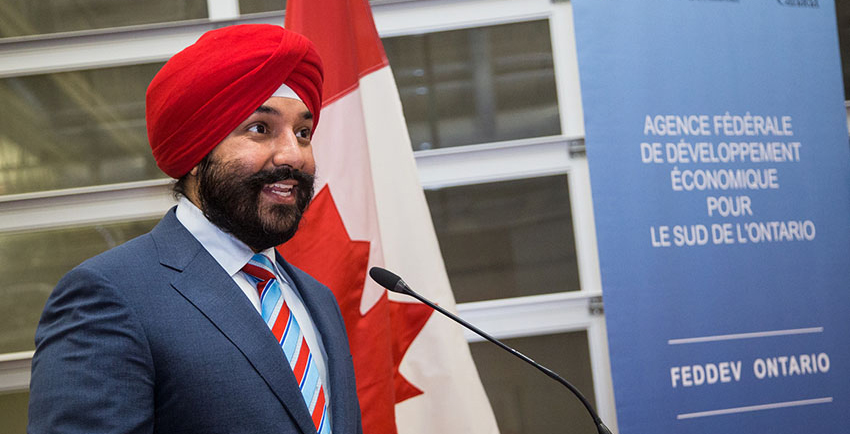 The federal government has unveiled the five winning superclusters that will receive a part of $950 million from the superclusters initiative.

First announced in the government’s federal budget last year, the supercluster initiative called on SMBs and SMEs, not-for-profits, and research institutions to work together to spur innovation in certain sectors. The national shortlisted consortia were announced in October 2017.

By investing in the superclusters, the government hopes to create 50,000 middle-class jobs and grow Canada’s economy by $50 billion over the next 10 years.

“Today we are investing in five superclusters so that tomorrow we will be more than 50,000 jobs richer and benefit from an even stronger economy—an innovation economy,” said Navdeep Bains, Minister of Innovation, Science and Economic Development. “With the superclusters initiative, we bet on Canadians. We looked at what we did well across our great nation, and we asked industry, academia and NGOs how we could do it better. The response was impressive and the ideas were remarkable.”

The government says that these superclusters represent more than 450 businesses, 60 post-secondary institutions, and 180 other participants in sectors covering 78 percent of Canada’s economy. Consortia are required to leverage funding from the private sector and co-invest dollar for dollar to match the federal contribution approved under the program.

“Our members welcome the government’s focus on advancing domestic entrepreneurs and driving the growth of Canada’s innovation outputs through its superclusters initiative,” said Ben Bergen, executive director of the Council of Canadian Innovators. “By injecting capital into high-growth Canadian firms while ensuring all winning proposals contain intellectual property strategies, the government is helping Canadian innovators scale up globally while ensuring a greater return on their investment.”

The government said that it wants to ensure that superclusters include a strong representation of women and under-represented groups, both working within the cluster and in leadership. When BetaKit spoke with Bains following the shortlist announcement, the Minister said that it would use a not-for-profit model to keep superclusters accountable.

“We will make sure we look at diversity at the governance level, inclusion, measures around where commitments are made, how money is being deployed; is it meeting the mission and objective,” Bains said at the time.

“We were pleased to see that the Advanced Manufacturing Supercluster, based here in Ontario, will receive part of the funds from the government’s $950 million supercluster initiative,” said Stephen Lake, CEO of Thalmic Labs. “We believe that a lot of potential for the region lies in a combination of this area’s manufacturing roots, reimagined through the lens of emerging technology and invention.This government support is a step in the right direction. From here, we’re hopeful that the funds from this program will flow to help Canadian scale-ups build meaningful and innovative businesses here that will result in new economic growth, rather than to support existing multinationals.”

UPDATE 4:57 PM EST: BetaKit spoke with Minister Bains to get more insight into the supercluster winners and the process:

According to Minister Bains, each supercluster is receiving between $150 million to $250 million. The final list was determined based on economic benefit around growth, impact to GDP, jobs created, and intellectual property plans that include developing IP and commercializing in Canada. Working across government departments and industry experts, the government also looked at which industries would be the most competitive.

Asked about the absence of blockchain and FinTech superclusters — where Canada has great potential to lead — Bains suggested that some superclusters simply did not make the criteria.

“We really wanted to make sure we had a minimum of dollar per dollar match by these superclusters. We invested $950 million, and in this case, industry really stepped up and contributed $1.5 billion,” he said.

“There’s a range of factors: the level of ambition, the amount of money being invested, the partnerships that were engaged. When we started this proposal, we originally received 50 supercluster proposals that includes 1,000 companies. At the end we then had five finalists, and 450 businesses involved, and 300 plus were small businesses.

“So there was a lot of realignment in the competitive process; when we announced the finalists of nine, those that did not make shortlist then worked with others on the shortlist to strengthen their proposal. That encouraged more competition and better outcomes.”

The finalists are responsible for creating their own plans to ensure that they are promoting diversity in leadership positions within the supercluster, and the government says it will monitor the progress of companies involved.

Asked if there are any repercussions for companies that do not meet certain objectives, Bains said “I believe they will exceed expectations. This process has gotten a lot of ambition and a lot of goodwill, and there’s so many organizations involved that I’m confident that they’ll exceed numbers.”

Toronto-based Validere, an oil and gas IoT and artificial intelligence platform, has raised $7 million in seed funding. The round included lead investor Sallyport…