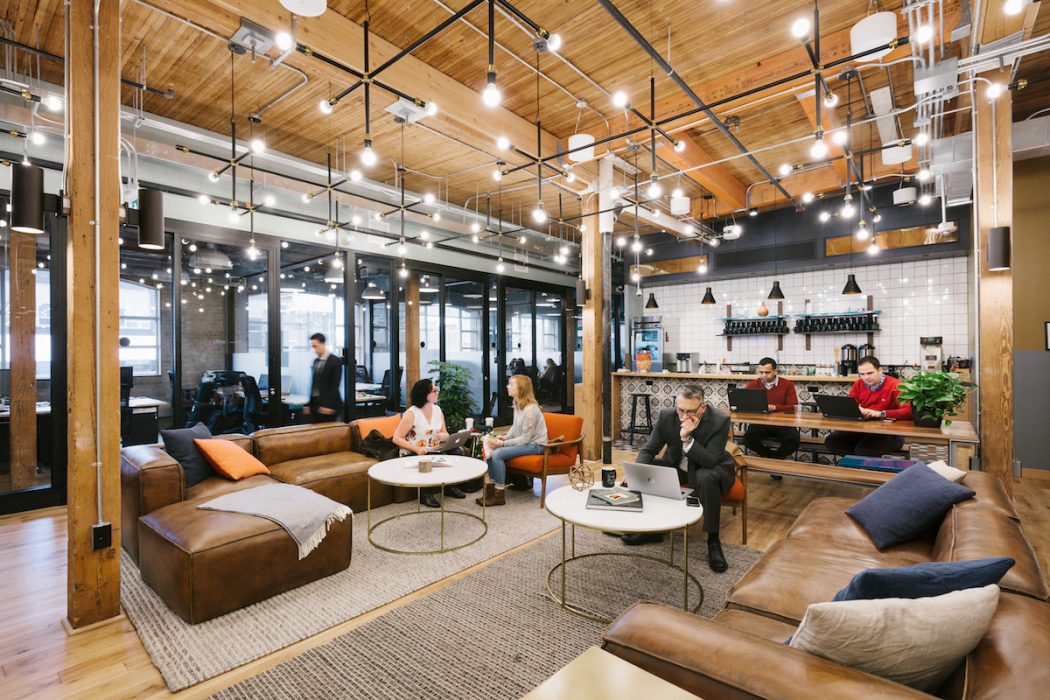 WeWork announced that it has officially opened its second Vancouver space at 555 Burrard Street.

This new opening follows WeWork’s May announcement that it planned to open 43,000 square feet of space in Vancouver’s Mount Pleasant area. Its first space, located close by at 595 Burrard Street, opened in August 2017.

WeWork said that it plans to have five locations open in Vancouver by the end of the year with a total of 5,256 desks in the city.

WeWork said that it plans to have five locations open in Vancouver by the end of the year with a total of 5,256 desks in the city.

“Vancouver is a really exciting market for us. The region is a true innovation hub from AR/VR to film and media to large enterprise companies who continue to account for more and more of our business,” said Gina Philips, WeWork General Manager for the Northwest. “There’s lots of room—and plans—for us to grow here. Every time a new location opens, I get excited because I know we have another opportunity to help both new and current members grow and thrive and, particularly in Vancouver, open doors previously closed to folks in such a tight real estate market. The opening of 555 Burrard this week is just the beginning of what will be a very big second half of 2018 for WeWork here.”

The coworking space currently has 268,000 members globally and 287 physical locations in 77 cities, and has been growing rapidly in Canada as of late. WeWork announced its fifth location in Toronto, and it already has space in Montreal.