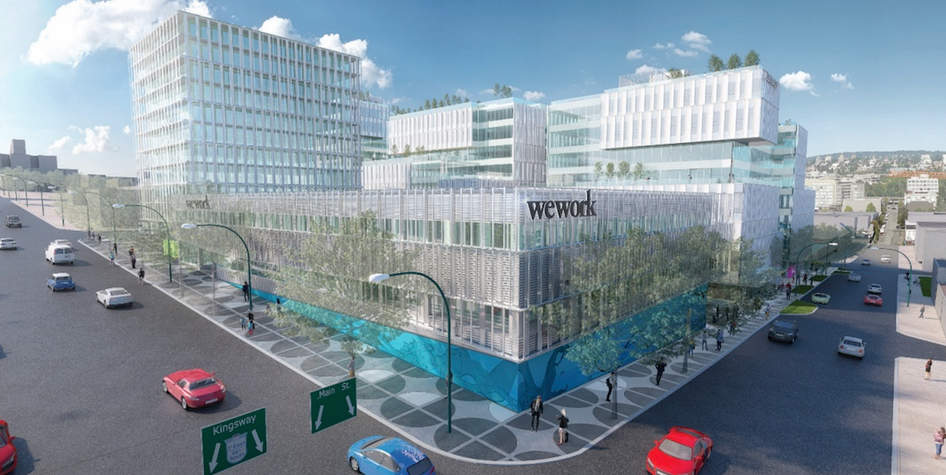 WeWork is planning a 43,000 square foot space at 2015 Main Street in Vancouver’s Mount Pleasant area, according to several news outlets.

Urban YVR reports WeWork will be a tenant in The Main Alley Campus, an area being redeveloped as a tech hub by developer Westbank, in partnership with HootSuite. The Campus spans a city block, and two of the new buildings will have over 340,000 square feet of space for industry, office, and digital uses, said Urban YVR. There will be a mix of tenants, including Hootsuite.

WeWork’s space is set to open in February 2019, according to the Daily Hive.

“Our investment in Vancouver will continue to be both thoughtful and bullish, and by signing our first lease outside of the urban core in Mount Pleasant, we’re building a campus-like environment with multiple locations so that in any corner of the city, you have office space to touch down or to host meetings and events,” Gina Phillips, WeWork’s General Manager for the Northwest, said in a statement to the Daily Hive.

Last week, WeWork also announced that it was opening its fourth location in Toronto.

Here are all the startups you can see tonight at #VSW2015

HIGHLINE and BetaKit will be taking over Startup City later today as part of our one-two Vancouver Startup Week punch. If you were somehow…