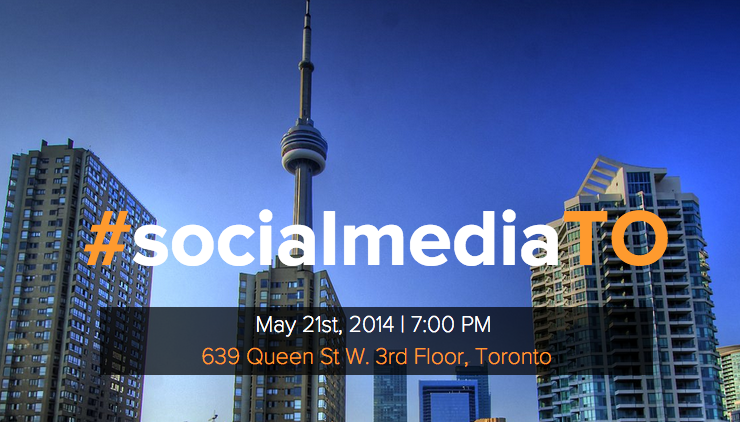 I’ve always assumed that a social media role really only requires one to be nice and helpful to people, even if they tweet nasty things to the person, but apparently there’s a lot more than just being nice.

#SocialMediaTO, a new panel discussion-focused event on effective social media in the startup and business world, will take place in Toronto later this month on May 21.

The BrainStation coding school team will host the event, to be held at the offices of Extreme Startups.

BrainStation feels that since social media was ranked as the number one “most employable skill” by LinkedIn in 2013, startup folk should convene and learn from the pros. Cofounder Jason Field told BetaKit that the coding school wants to see over 150 people attend the session.

“We are looking to go beyond technology education, and we’re looking to power the next generation of creators,” Field told BetaKit. “Digital branding and social media is such a vital component to fuelling startups, small businesses and working professionals towards growth. We look forward to being a part of that.”

Twitter’s Laszlo is an account manager at Twitter Canada​ and works ​​ with Canada’s top brands, advertisers and agencies to establish a collaborative business relationship and to bring to life the possibilities within 140 characters.

Hootsuite’s Haynes has helped the company expand and grow into numerous international markets through a variety of outreach and engagement techniques such as crowdsourced localization, brand ambassador and influencer empowerment, user powered events (HootUps), content creation, and online community management.

Shopify’s Winter, a former BlogTO contributor, is responsible for content curation, community growth and engagement, and promoting Shopify merchant success through various social platforms. Her profile on the event page states that she “binges on ecommerce”.

Wattpad’s Thé has been embedded in the digital space of both the fashion and environmental industries, and now focuses on outreach with Wattpad’s 25 million users.

BrainStation’s Langer is a faculty member in the Department of Marketing at the Schulich School of Business at York University and in the Syracuse-McMaster Master of Communications Management program at McMaster University.

Tangerine’s Hariri is a marketing and communications professional that has spent the last 3 years growing and developing the social media communities at Tangerine. She has been instrumental in managing the bank’s online communities since the early stages of Tangerine’s social media adoption.

Tickets are free, so hurry up and snatch one while you can.