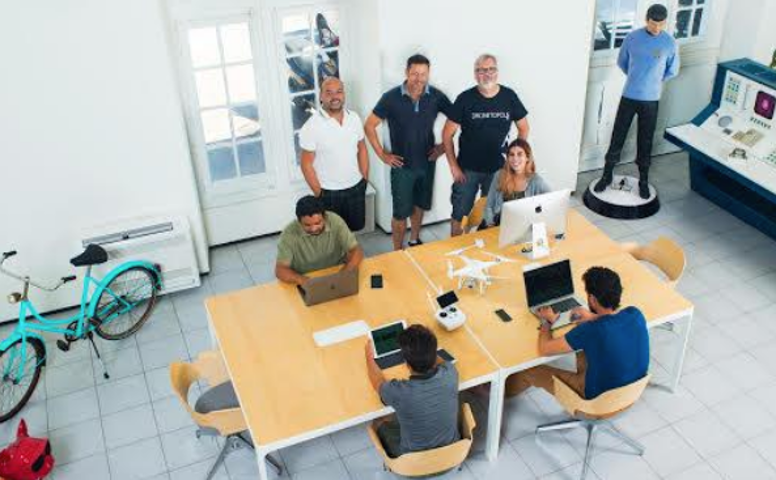 When the Web Summit made its debut in Lisbon last year, the Trade Commissioners Service of Canada in Portugal led a delegation of 90 Canadian companies to join 53,000 other visitors from around the globe. A series of side events were organized throughout the week, including one that was hosted in partnership with Fábrica de Startups, a local accelerator in Lisbon, where Canadian startups pitched to an audience that included local investors and VCs like Portugal Ventures, as well as other local accelerators and incubators.

The engineering talent in Lisbon is abundant, the salaries and operating costs are low, and the quality of life is high.

This year, the visitor count jumped to about 60,000 and 100 Canadian companies — which included big names like MaRS, Communitech, Element AI, Rogers, Telus, Hootsuite, CGI, Elevate Toronto, CPP, OTPP — that made the tech pilgrimage to the sunny western capital of Europe. Another round of events was held by the Canadian Trade Commission side by side with the Web Summit, beginning with the Canada Day Summit, which hosted a series of startup pitches that I participated in representing my WebVR startup, Virtuleap.

The delegation was also welcomed this year by long-time Canadian expats that are already living and working in Portugal, like James Dubec and Taylor Moore who just last month released DronetopolisAR, the first drone simulator to be powered by ARKit. Their drone simulator allows would-be drone pilots to train for the real thing in a highly gamified and fun experience that transcends the usual tedium that is typically associated with the normal breed of flight simulators. In fact, it recently made it into the top 20 ARKit apps to survive Robert Scoble’s famous 20-second test.

DronetopolisAR flies through the streets of Lisbon.

Moore and I both happen to hail from Western Canada, which is also where about a third of the delegation travelled from.

In fact, the ICT West, an organization that offers strategic guidance and business development support at key global events for companies in Western Canada, is one of the strongest participating organizations to partner with the Trade Commissioners Service at the Web Summit. Last year, they worked with 22 companies that together tallied over $13 million in value that was directly attributed to participating at the event.

Those results are anticipated to have only grown this time around, and that’s key for Canadian founders, who increasingly look to scale to markets like Europe. The Web Summit is the perfect vehicle for helping them do exactly that.

“At the end of the day, Web Summit is what you make of it and it has the potential to be very productive if you take the time to plan your days and nights around events of interest to you and your business,” said Paddy Cosgrave, CEO at Web Summit.

At an event that represents over 170 countries, those deals could be struck between anyone from anywhere. But the side events that the Canadian delegates are invited to by their trade commission and the likes of ICT West offers them the opportunity to make Portugal the best market to explore first.

“I encourage other Europeans to explore Canada and vice versa; they are very complementary. Both have magnificent tech talent and a flourishing tech community, such as Lisboa’s expo area. In Canada, Montreal’s artificial intelligence community has fostered several large acquisitions lately, as well as Vancouver’s rapidly growing tech scene,” said Ruben Dias, founder and CEO at Fast Track VC. His venture fund serves as a bridge between the two countries and continents, with its Canadian headquarters in Whistler, British Columbia, and its Lisbon office right across from the Web Summit.

Canada’s booth at the Web Summit 2016 in Lisbon

The trend doesn’t begin and end with the tech bridge that is forming between the two countries, either. Dubec, who also runs AG Films, one of the leading film production agencies in Portugal, has noticed an increasing number of Canadian production houses reaching out over the past few years in order to benefit from recent tax incentives and the year-round sunshine that allows them to film scenes landscapes that would otherwise prove impossible half of the year in the Great White North.

“The trend started a few years ago, and the interest to look across the Atlantic for expanded opportunities in Portugal, and also Europe, is only growing,” said Moore.

As a Vancouver expat who has worked on tech startups in Dubai and Amsterdam for close to a decade now, I chose Lisbon because my current startup is in the VR space, an industry where my friends who are based in London, or even Berlin, are suffering from burn rates that are two to three times what they are in Portugal’s capital. For a VR startup, it’s critical at this stage in the industry’s hype cycle to be a cockroach.

Indeed, the engineering talent in Lisbon is abundant, the salaries and operating costs are low, the quality of life is high, and those ingredients along with others are shaping the city into one of Europe’s most exciting tech hubs.

Now just add to that equation that it’s December and I’m still wearing shorts outside, and you might understand why I’m under the impression that I’m living the Canadian dream.

After the Liberal government announced plans to unveil a bill for recreational pot use next spring, what started out as initial excitement turned into…