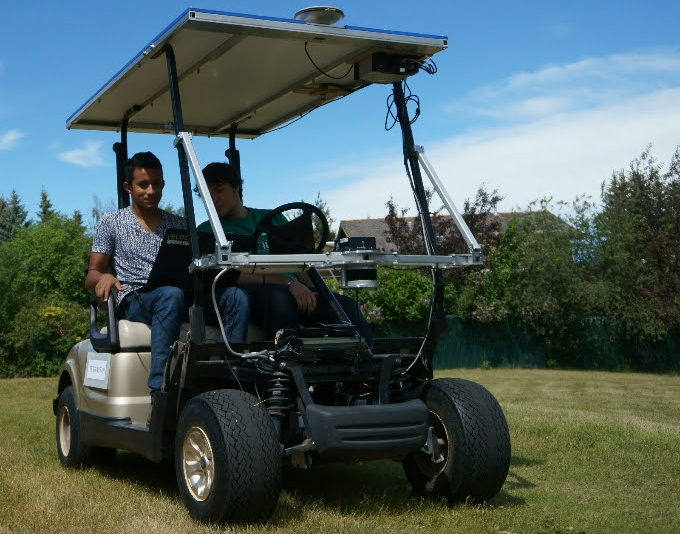 Local KW startup Varden Labs will achieve a Canadian first in autonomous driving tomorrow when it runs its self-driving shuttle down Ring Road on the University of Waterloo main campus. The attempt will be the first of its kind in Canada.

Pictured, above, the autonomous shuttle resembles a tricked-out golf cart, but the underlying tech is significant. Varden Labs co-founders Alex Rodrigues and Michael Skupien are both University of Waterloo Mechatronics Engineering students. The startup won $25,000 at the Velocity Fund Finals in July, where we noted Varden Labs as a personal favourite for its ability to convert existing vehicles to be autonomous.

GoDaddy Canada announced the winners of its Life Fulfilling Ventures contest, which awards $5,000 in seed money to entrepreneurs building on the GoDaddy platform….