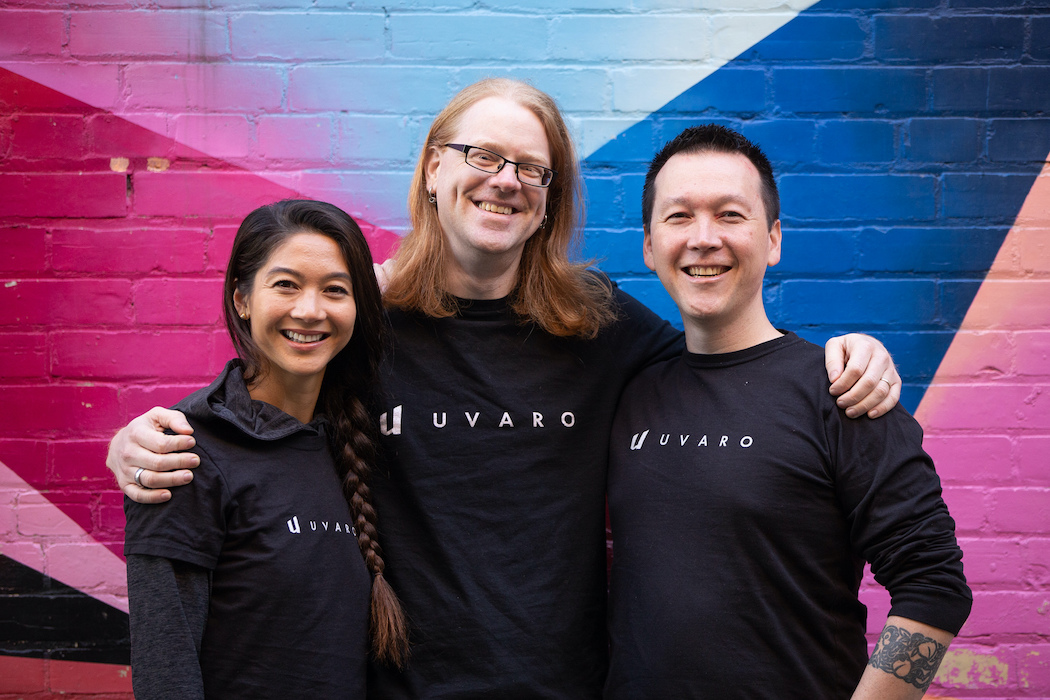 “As this program became wildly successful we realized that this was not a training program but a complete venture.”

Launched on the cusp of the global pandemic by siblings Joseph Fung and Litt, alongside co-founder Derek Hall, Uvaro iclaims its program is the first-of-a-kind, blending training, technology and work into a single career accelerator for tech sales. Uvaro plans to use the fresh funds to scale up the startup’s programming, and deliver enhanced services for members.

“We want to develop more programs that allow for greater career success among our membership,” Fung told BetaKit. “We want to expand our reach to the market so that we can assist even more people in realizing successful career transitions.”

The funds will be used to enhance Uvaro’s network of mentors, instructors, and subject matter experts to improve the quality of the startup’s programming.

Uvara uses a 12-week curriculum built on a dataset of sales playbooks used by 20,000 sales professionals. The company claims its courses enable Uvaro members to ramp up in one-third the time and achieve 50 percent more quota than their counterparts.

Since its launch in 2020, Uvaro has produced more than 300 graduates with an 80 percent job placement rate.

“The tech sector is the fastest-growing segment of our economy and is expected to hire more than 250,000 individuals, with revenue-generating roles representing a significant proportion of this number,” said Fung.

“With the shift to hybrid and remote work, every employer is now tech-enabled. As a result, demand for our grads is through the roof. Our unique acceleration model is highly tuned to the needs of today’s job-seekers, employers and the future of work,” Fung added.

Uvaro spun out of a startup called Kiite. Kiite, which is the Japanese word for ‘listen’ offers a sales enablement platform that lets sales teams capture, organize, and deliver critical information needed to close deals. Kiite is still operating as a stand-alone entity.

Just before the pandemic, Kiite began to offer a free tech sales training program called Uvaro on Demand based on the sales playbook data the startup was gathering at the time. Funding from the National Research Council of Canada’s Industrial Research Assistance Program allowed Kiite to convert the data it had collected into a commercial venture.

“As this program became wildly successful we realized that this was not a training program but a complete venture unto itself focused on helping businesses realize their sales targets and goals, and to give individuals in ‘hidden’ talent pools a clear path towards a fulfilling career,” Fung recalled.

“Uvaro is highly appealing to job seekers who have chronically been under-served in traditional education institutions and were looking for ways to earn a better living,” Fung noted.

Fung is serious when he talks about assisting under-served job seekers. In 2021, Uvaro partnered with BWOSS and Garage Capital to offer $50,000 work of training scholarships to women of colour, helping them transition into careers in the tech sales sector.

BWOSS is a Canadian not-for-profit that helps Black, Indigenous, and Women of Colour start, grow and succeed in tech sales.

At the time, Litt said: “It is time for the tech sector to address the disparity in representation. With studies showing that women are twice as likely to have been laid off during the pandemic versus their male counterparts, re-training scholarships are critical to ensuring that women are able to successfully secure employment, especially with recovery efforts underway.”

“The most recent round of funding enables Uvaro to begin expanding its program offerings, starting with a full-time, four-week program that focuses on the specifics of career seeking,” Fung added.